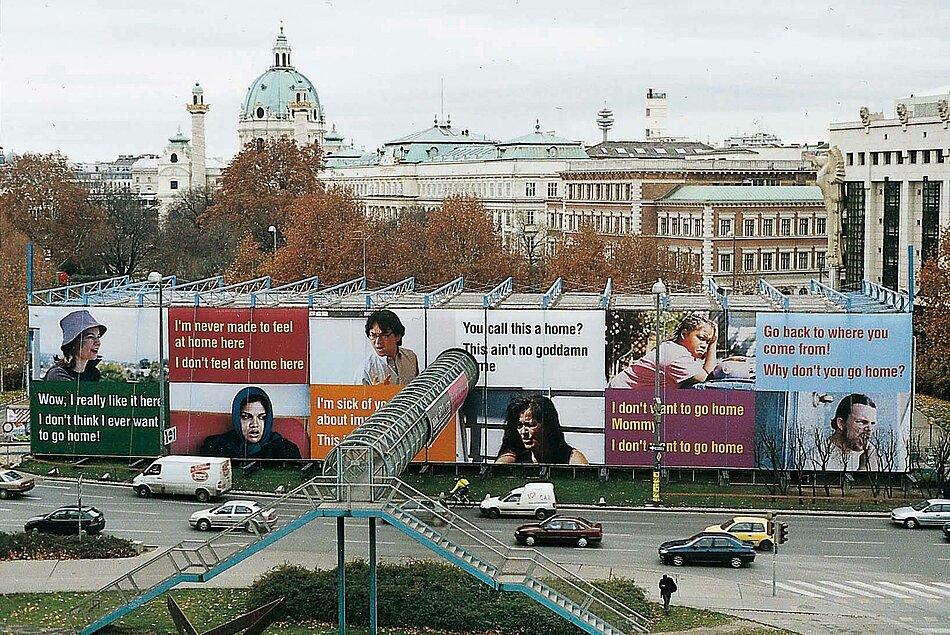 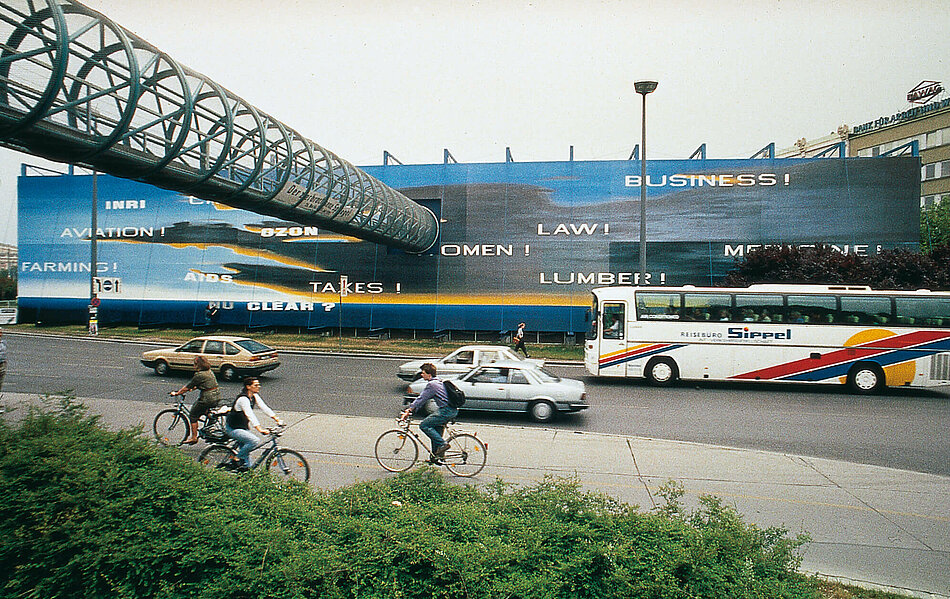 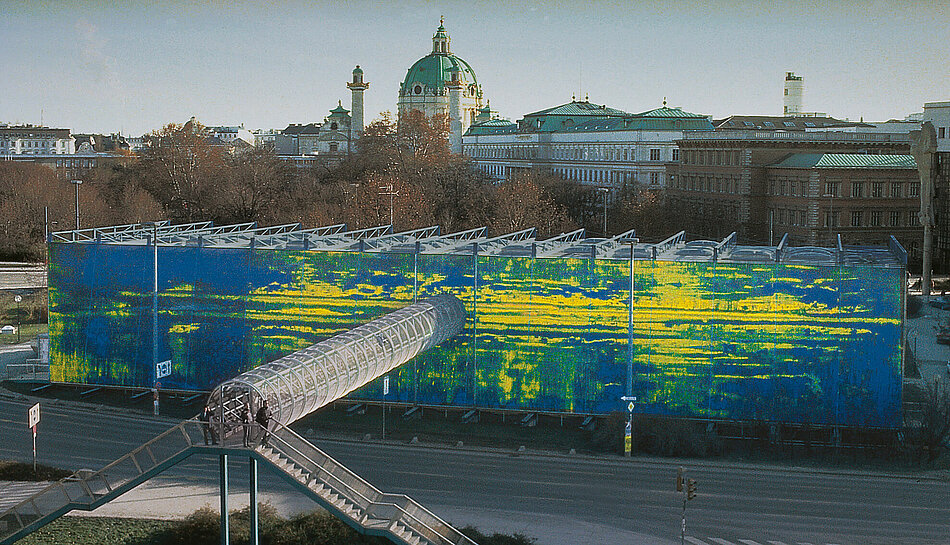 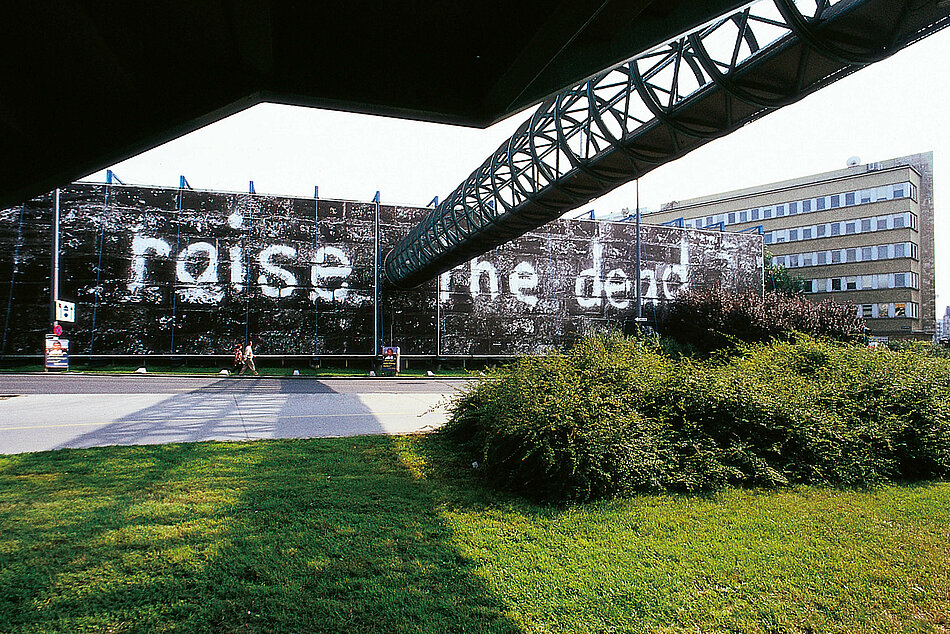 Ed Ruscha's two works, "17th Century – 20th Century", for the facades of the Kunsthalle Vienna and Hall B of the Museumsquartier in 1993 were the first in the "Large Scale Picture" series of exhibitions organised by museum in progress. The Kunsthalle Vienna, the temporary "exhibition box" situated beside the very busy Karlsplatz traffic node in the centre of Vienna remained the location for the "Large Scale Pictures" which followed, "20 Fleck" by Walter Obholzer (Dec. 1994 – March 1995), "River" by Gerhard Richter (Dec. 1995 – March 1996), "raise the dead" by Douglas Gordon (Aug. 1996 – Nov. 1996) and "There is no place like home" by Ken Lum (Dec. 2000 – Jan. 2001).

The enormous formats (Kunsthalle Vienna: 10m x 54m, Museumsquartier: 10m x 40m) were produced using the Computer Aided Large Scale Imagery (CALSI) system: The motif was sprayed onto plastic panels and the colour mixed in the air so that the scanning of the conventional printing process was made unnecessary.

Trevision
In July 2002 a Large Scale Picture by the Austrian artist Herbert Brandl was installed on the facade of the Trevision production hall. The Trevision production hall is located beside the autobahn in Großhöflein shortly before the Burgenland provincial capital. The facade of the company's new building by Querkraft Architects is a 280 m² art exhibition space facing the autobahn. A 5m high and over 56m wide cinemascope stretches like a panorama over flat fields which meet at an endless remote horizon.

In 2002 the large format picture (10m x 10m) "Love & Peace" by the Austrian artist Birgit Jürgenssen was displayed on the firewall of an official building of the fifth district of Vienna.

museum in progress in co-operation with Trevision. 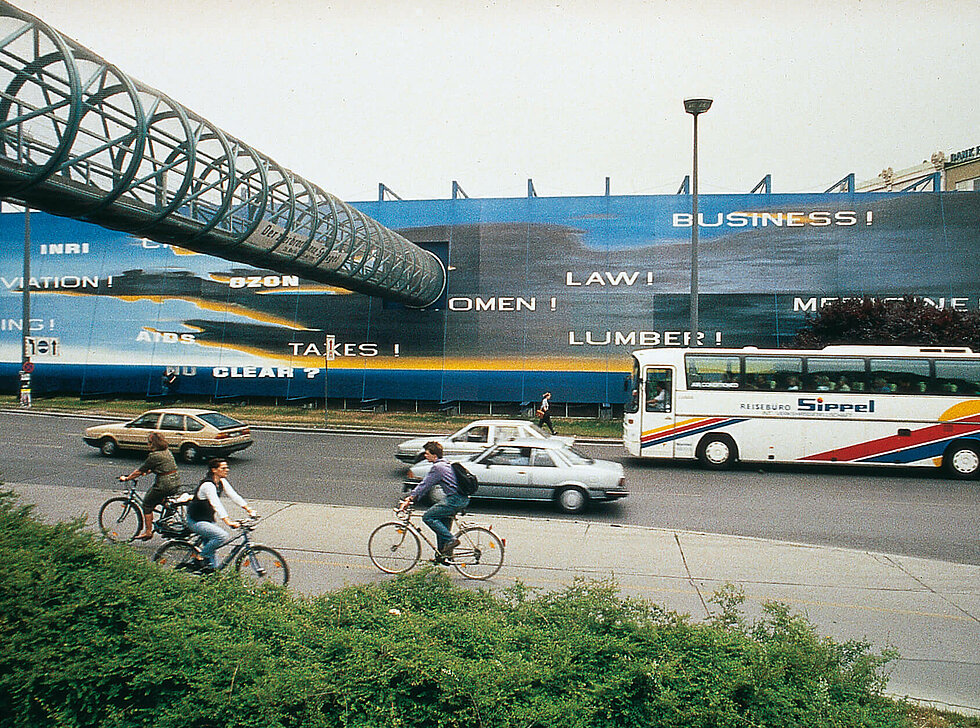 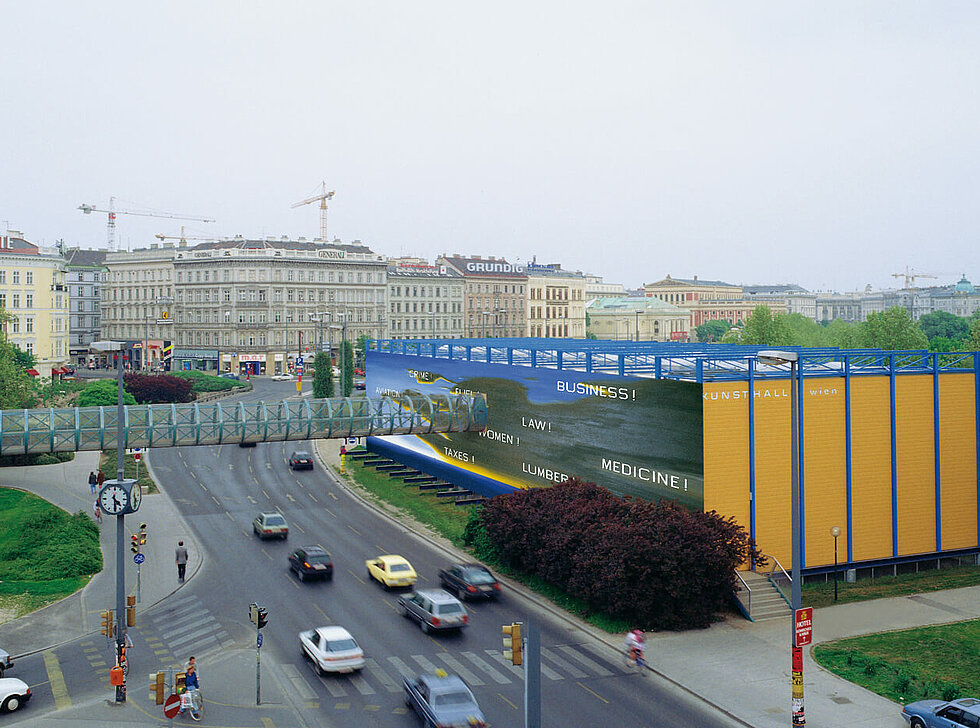 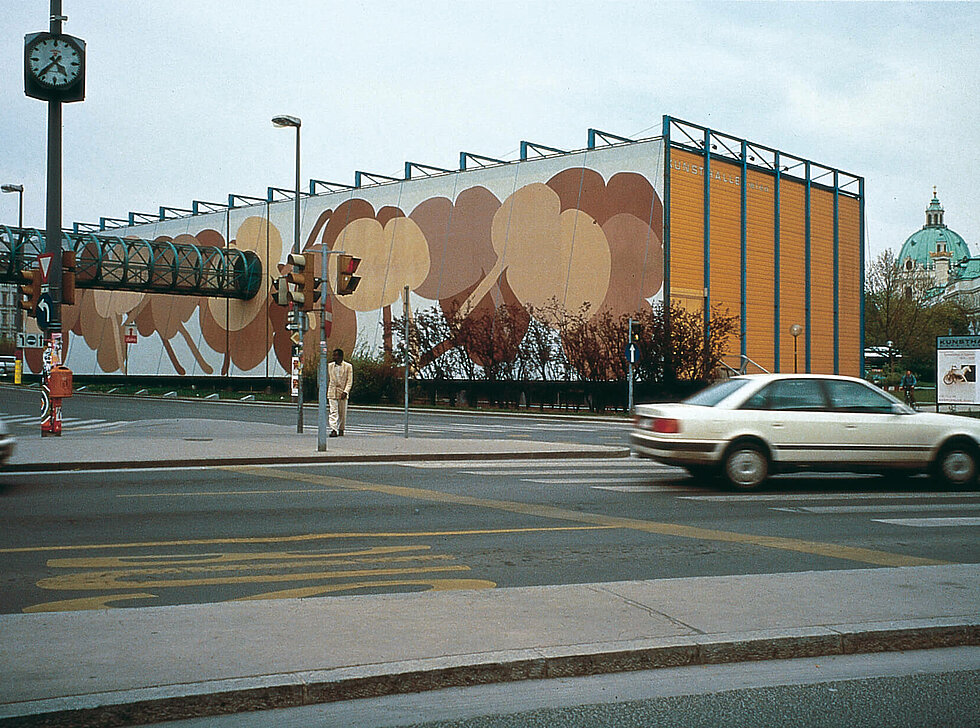 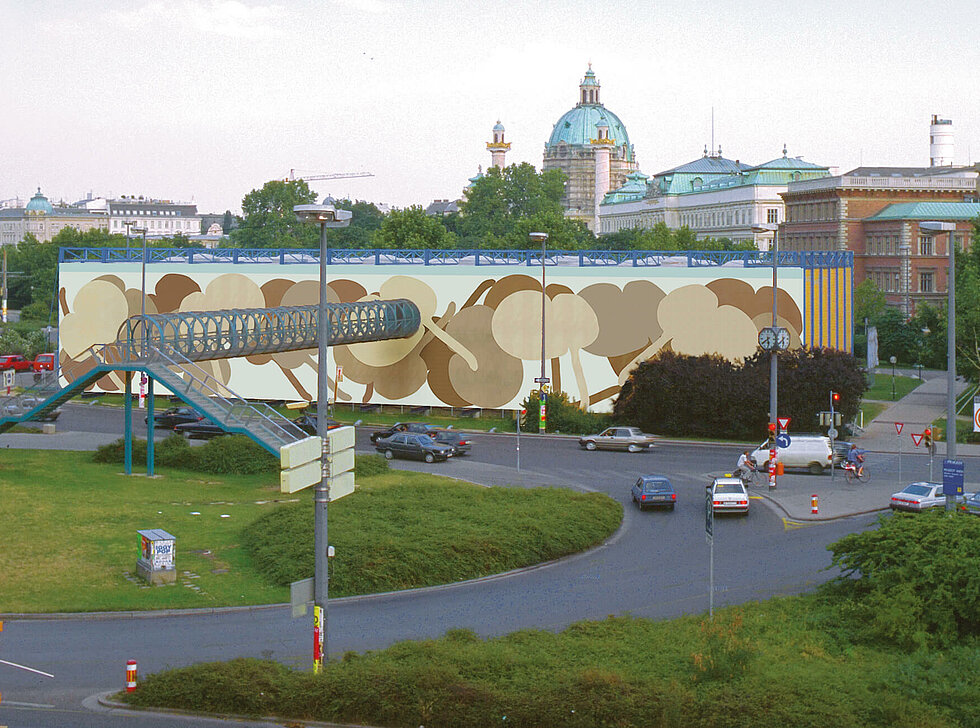 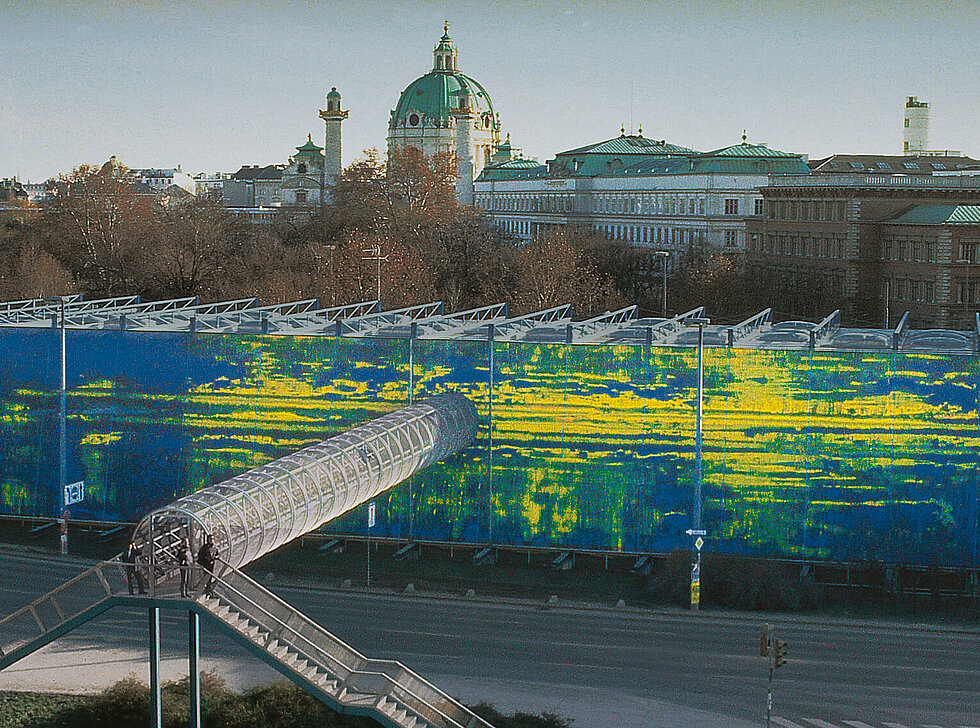 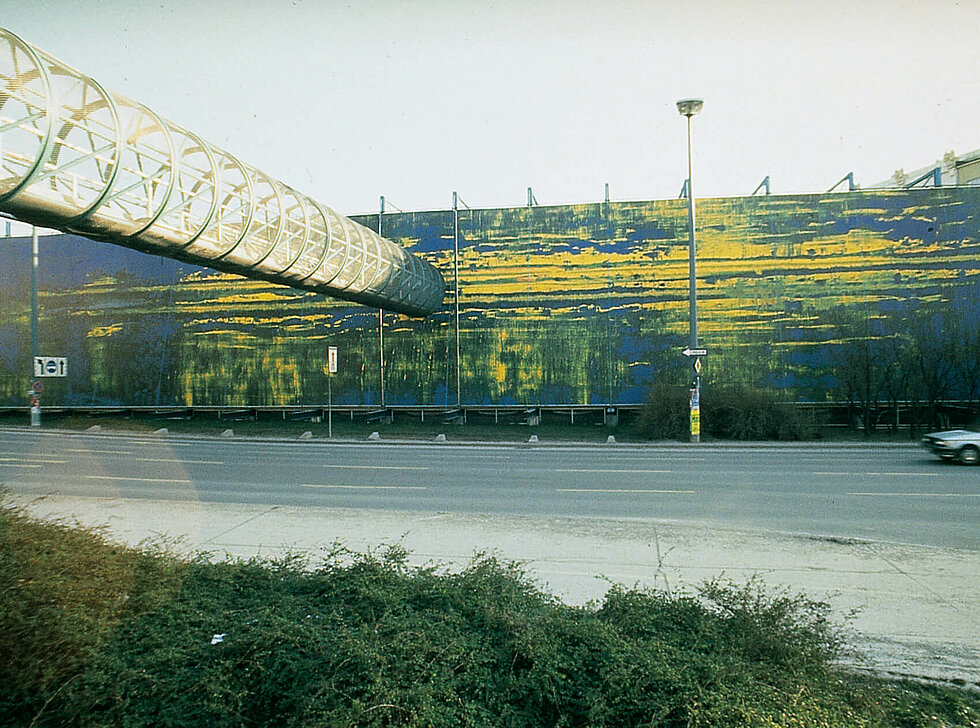 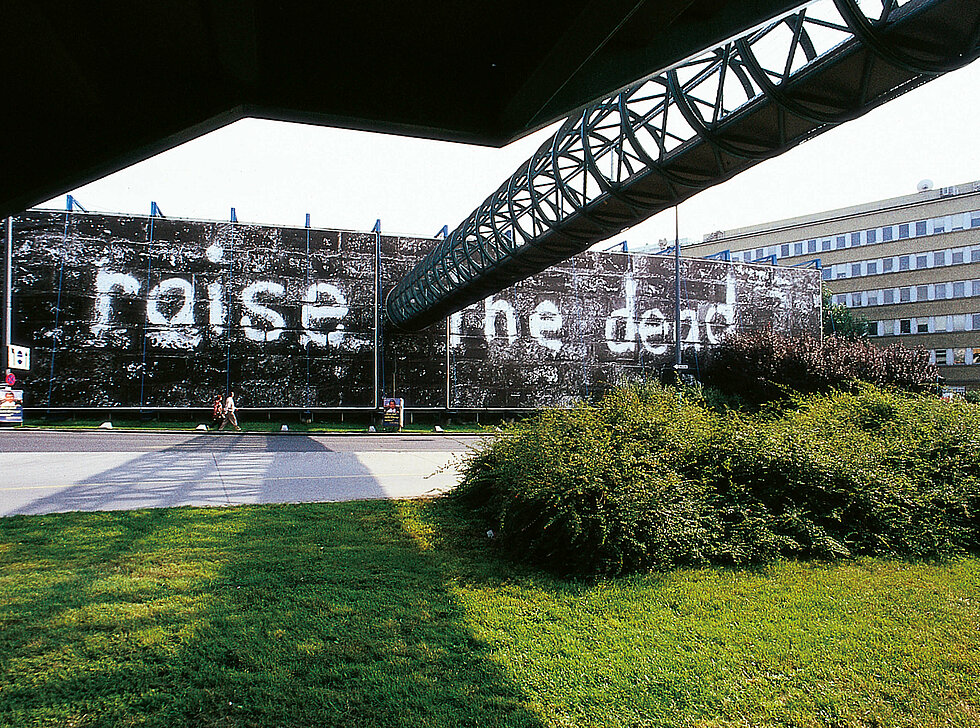 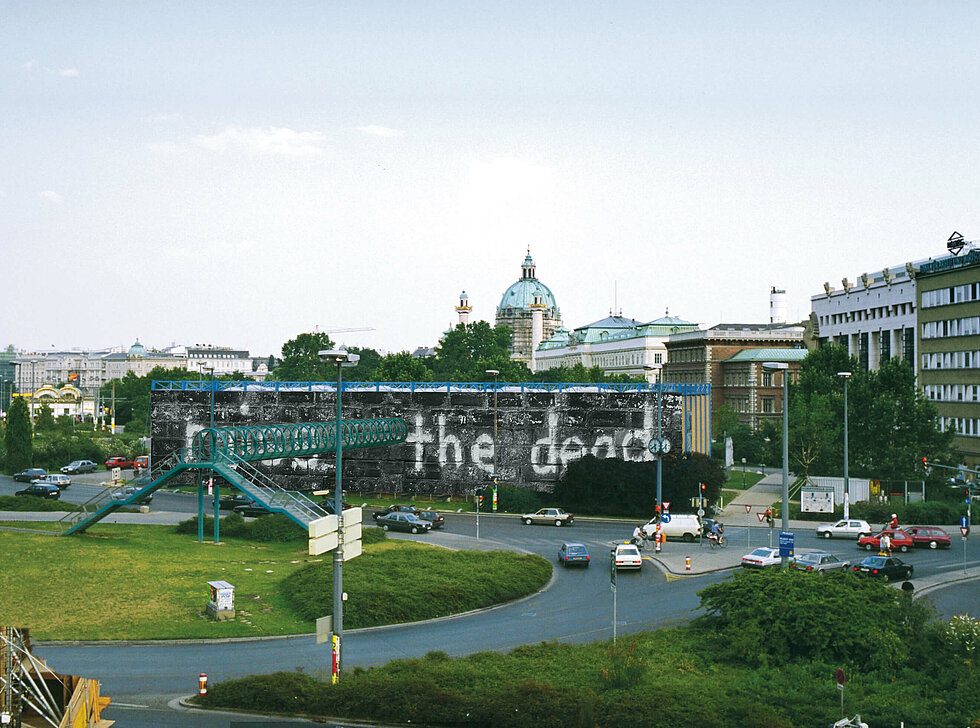 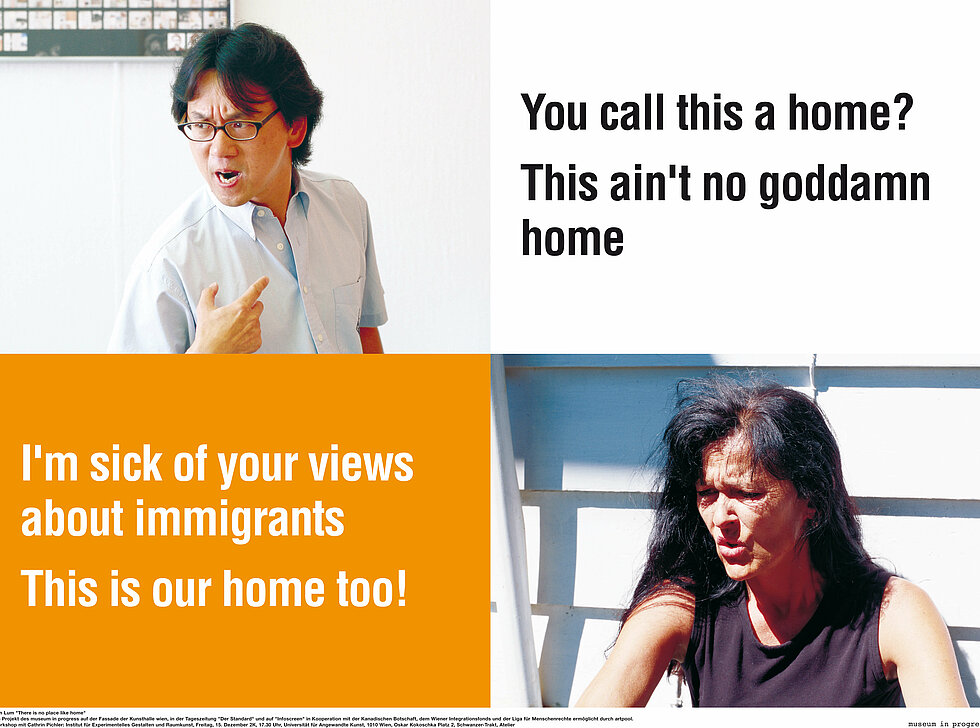 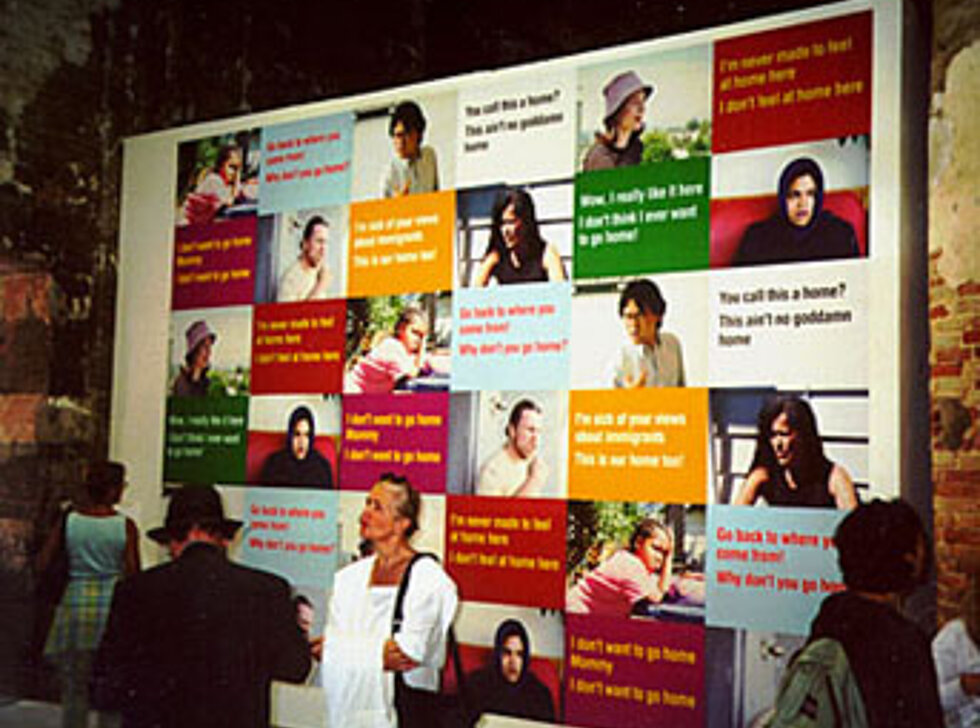 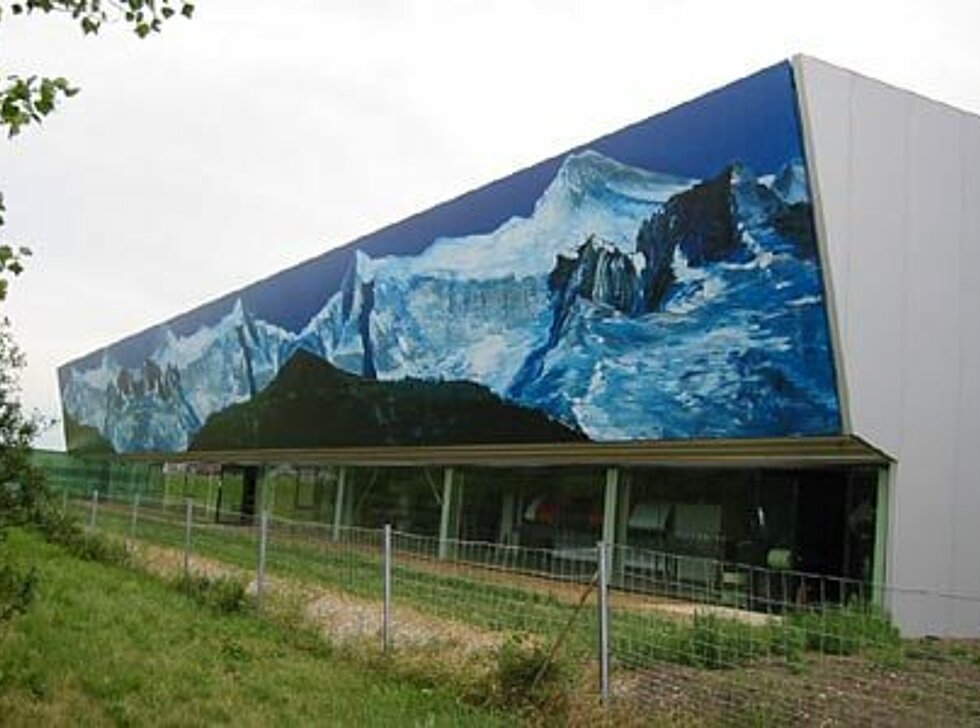 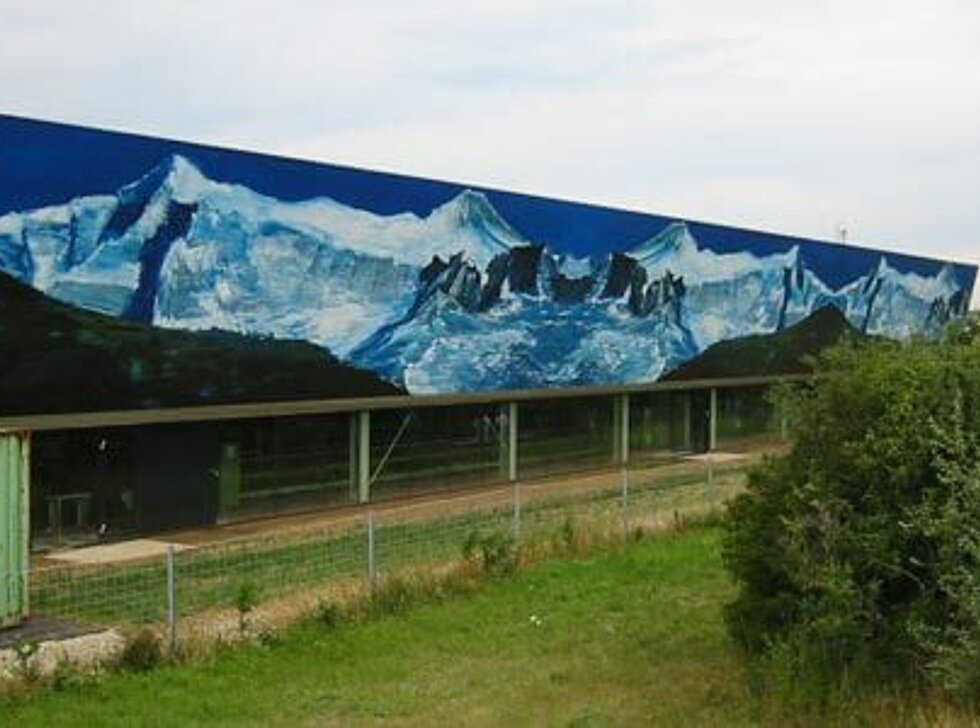 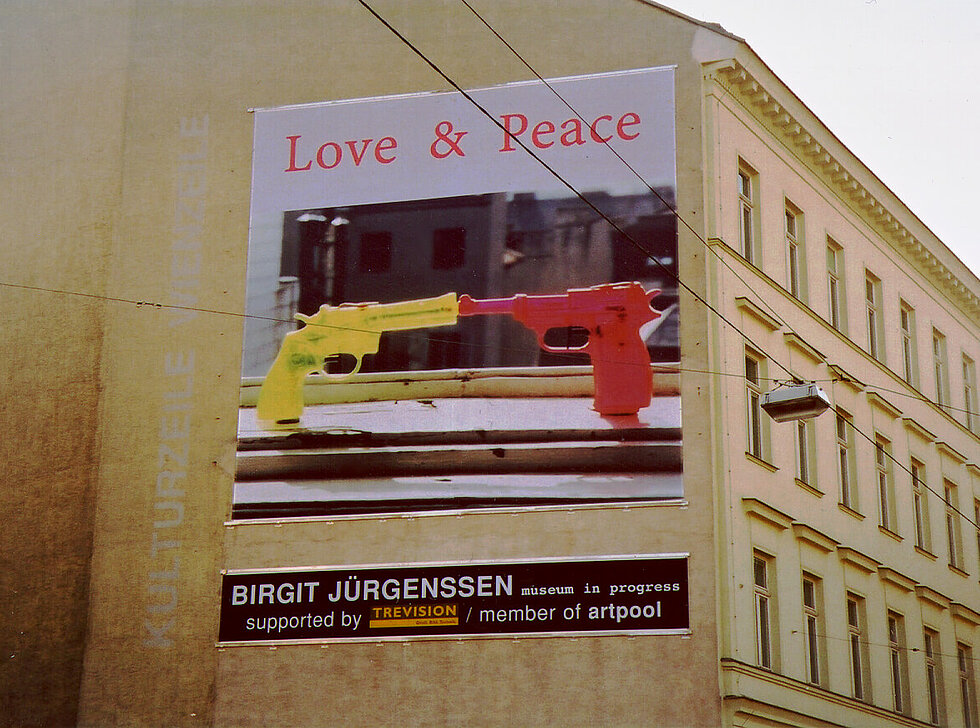 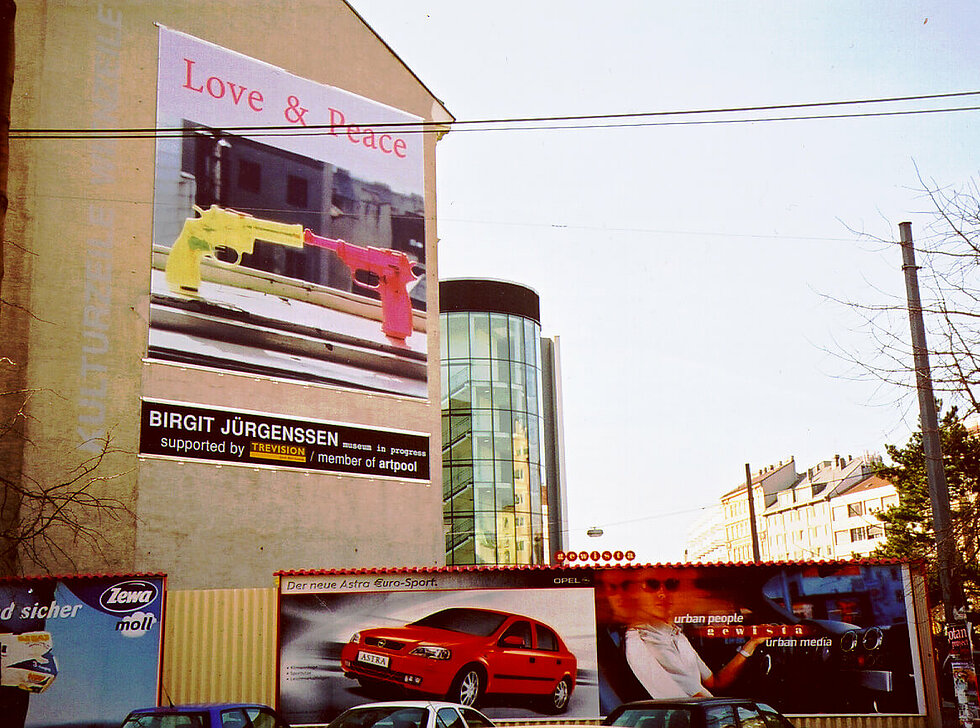