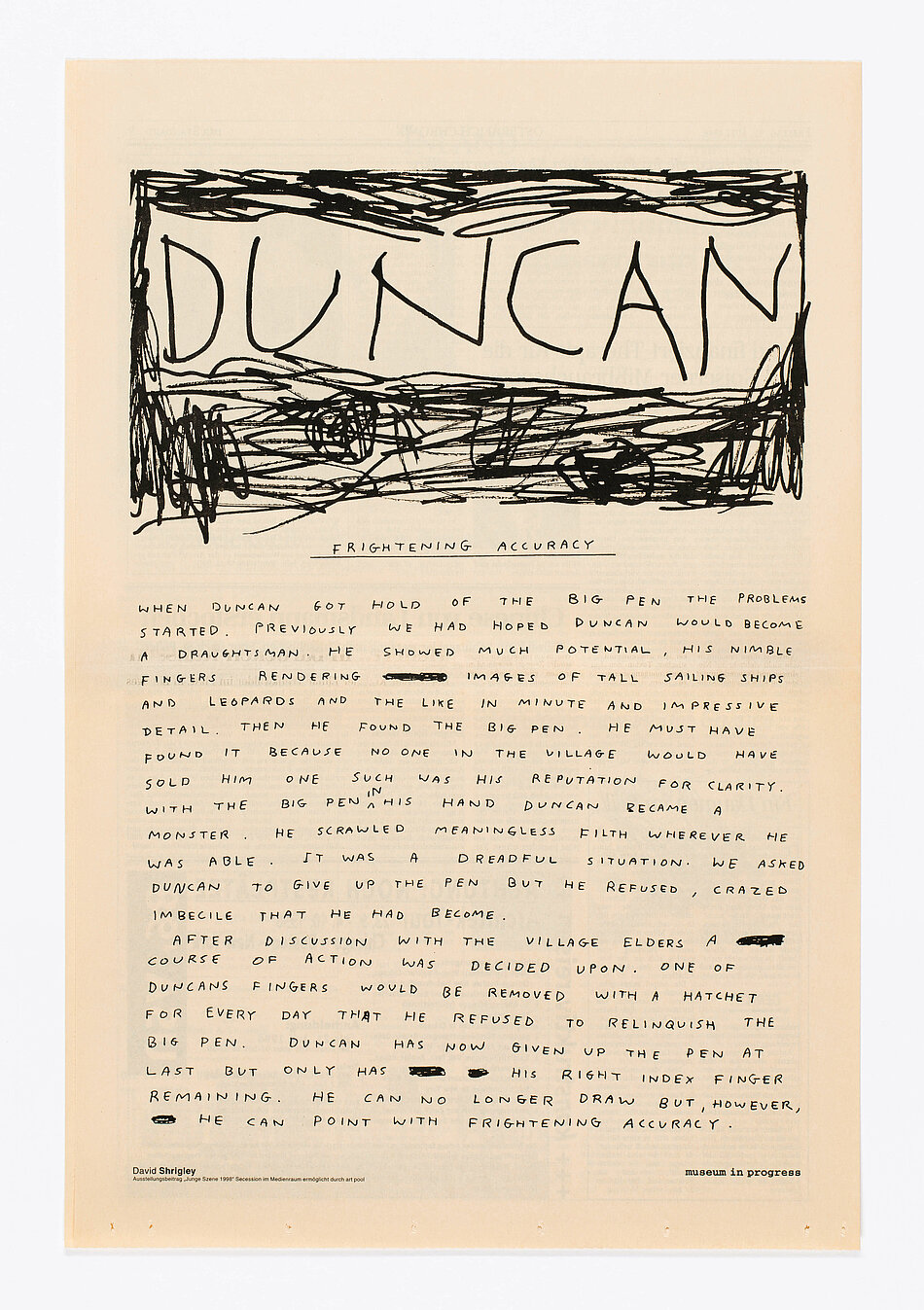 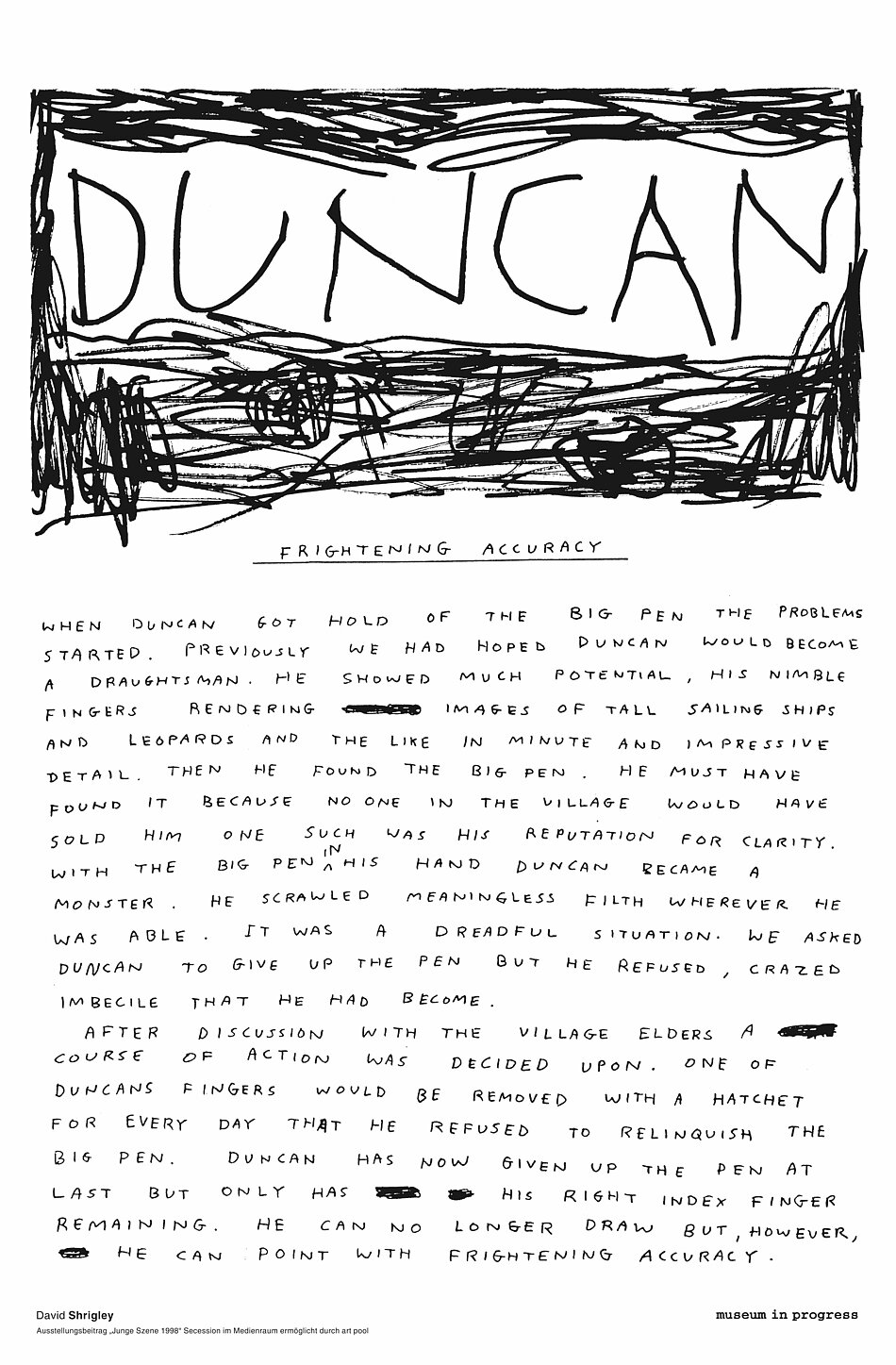 When Duncan got hold of the big pen the problems started. Previously we had hoped Duncan would become a draughtsman. He showed much potential, his nimble fingers rendering images of tall sailing ships and leopards and the like in minute and impressive detail. Then he found the big pen. He must have found it because no one in the village would have sold him one such was his reputation for clarity. With the big pen in his hand Duncan became a monster. He scrawled meaningless filth wherever he was able. It was a dreadful situation. We asked Duncan to give up the pen but he refused, crazed imbecile he had become.
After discussion with the village elders a course of action was decided upon. One of Duncans fingers would be removed with a hatchet for every day that he refused to relinquish the big pen. Duncan has now given up the pen at last but only has his right index finger remaining. He can no longer draw but, however, he can point with frightening accuracy.