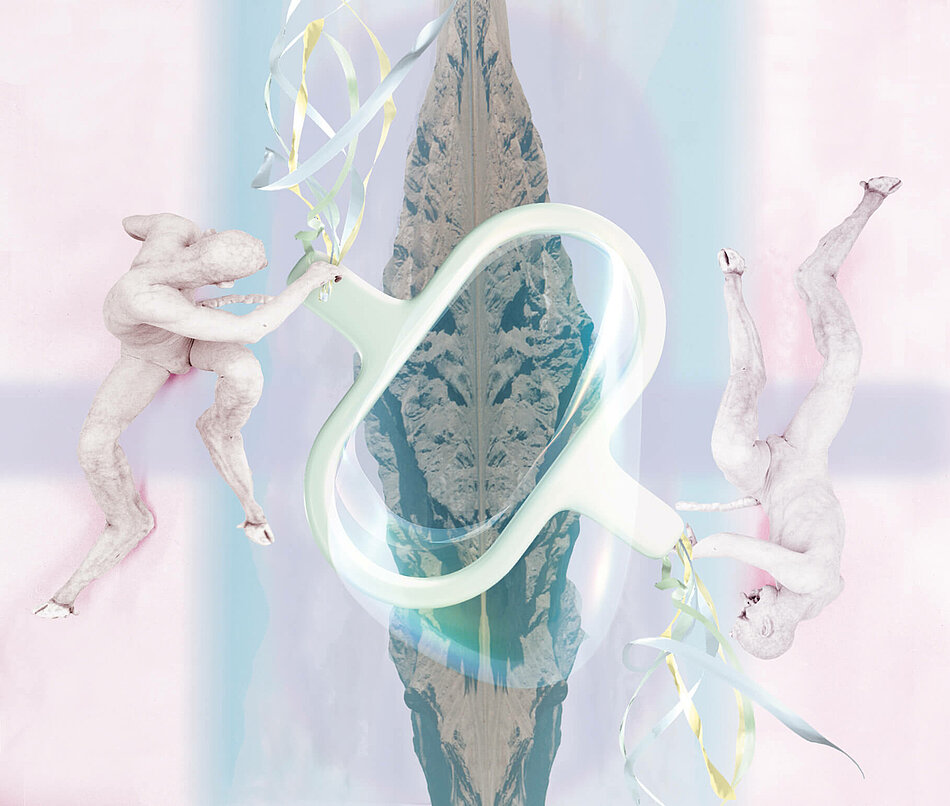 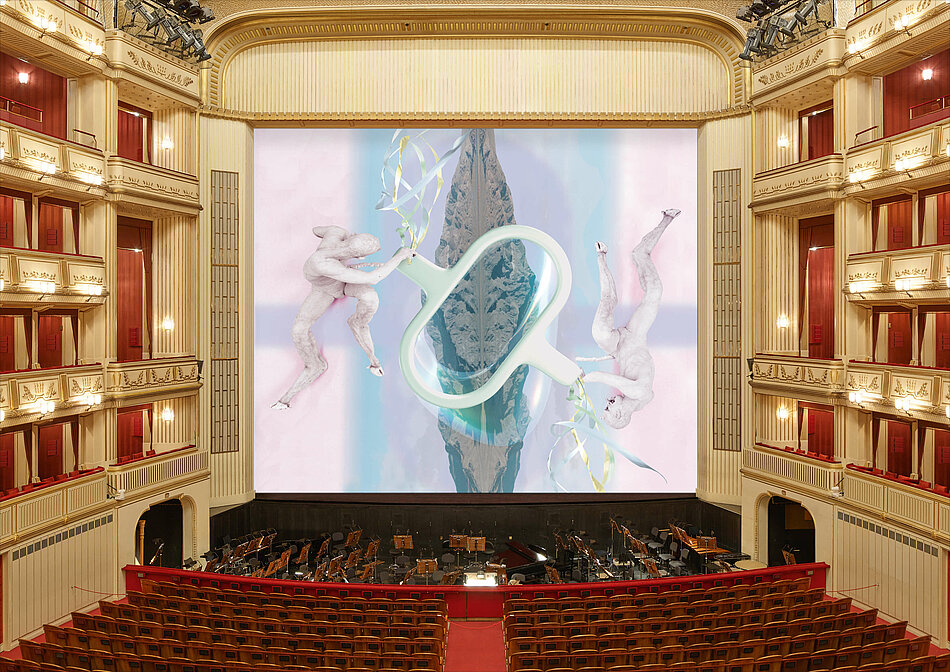 The curtain design is a meditation on the proscenium arch. One satyr faces the house, the other turns away to the stage. They are both simply chasing their tails. The constructed landscape in question is seen through the looking glass. The yellow, blue and green ribbon signify the three options: yellow representing the golden house, pale blue representing the painted landscape in the backdrop, and cool green representing the highlight in the reflection of the gilded arch itself. (Matthew Barney)

The American artist Matthew Barney was the choice of the international jury (Kasper König, Hans-Ulrich Obrist, Nancy Spector) for the production of the third large-format picture for the safety curtain of the Vienna State Opera for the 2000/2001 season.

The project, which was realised by museum in progress in co-operation with the Vienna State Opera, was financed like in the years before by the sponsoring group artpool (ABB, Deloitte & Touche, Dorotheum, GlaxoSmithKline, Portfolio Kunst AG, Scholdan & Company, UTA Telekom AG, Wein & Co, Wittmann, Xerox).