Gaps in the layout of the weekly TV supplement SZENARIO from the daily newspaper DER STANDARD were filled with a series of works by an artist: 1992 with Dominik Steiger's "Letterfalls", 1993 with Patrick Corillon's cartoon film "Oskar Serti's Wanderings", 1995/1996 with Dieter Roth's do-it-yourself novel "A Lifetime of 61 Years".

These three series of exhibitions from museum in progress were presented in co-operation with the daily newspaper, DER STANDARD, and the Federal curators, Robert Fleck and Stella Rollig (Ministry of Education and Art / Ministry of Commerce, Research and Art). 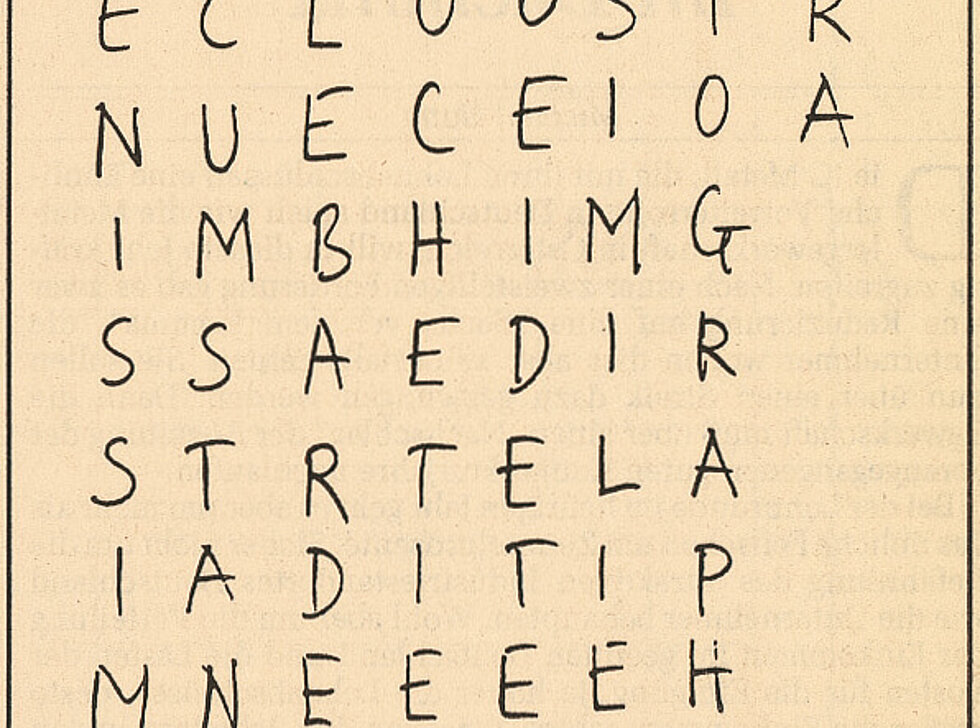 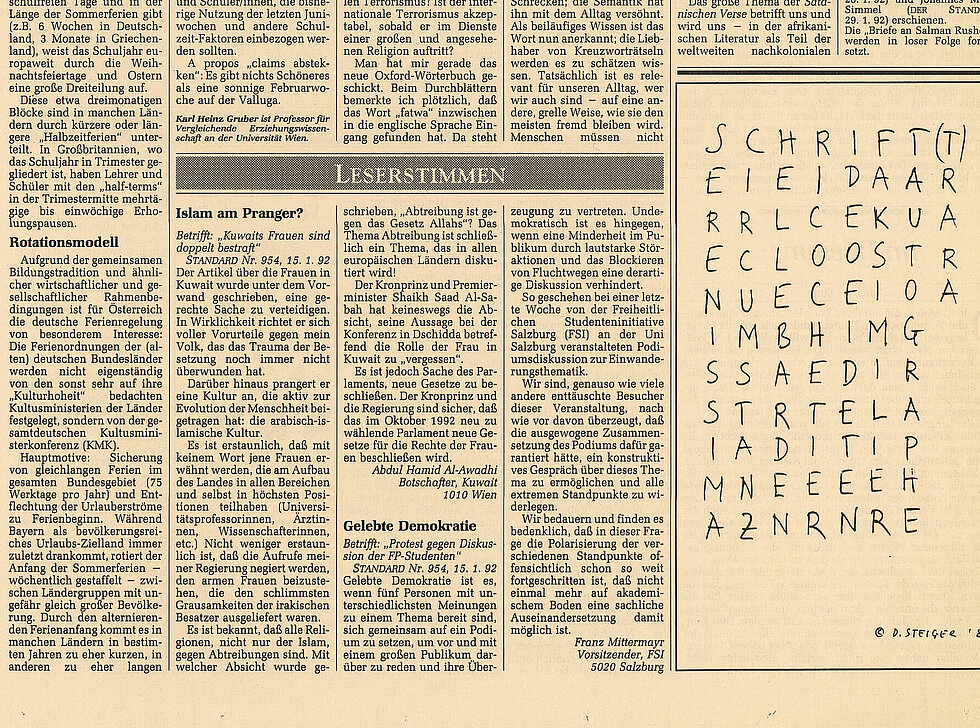 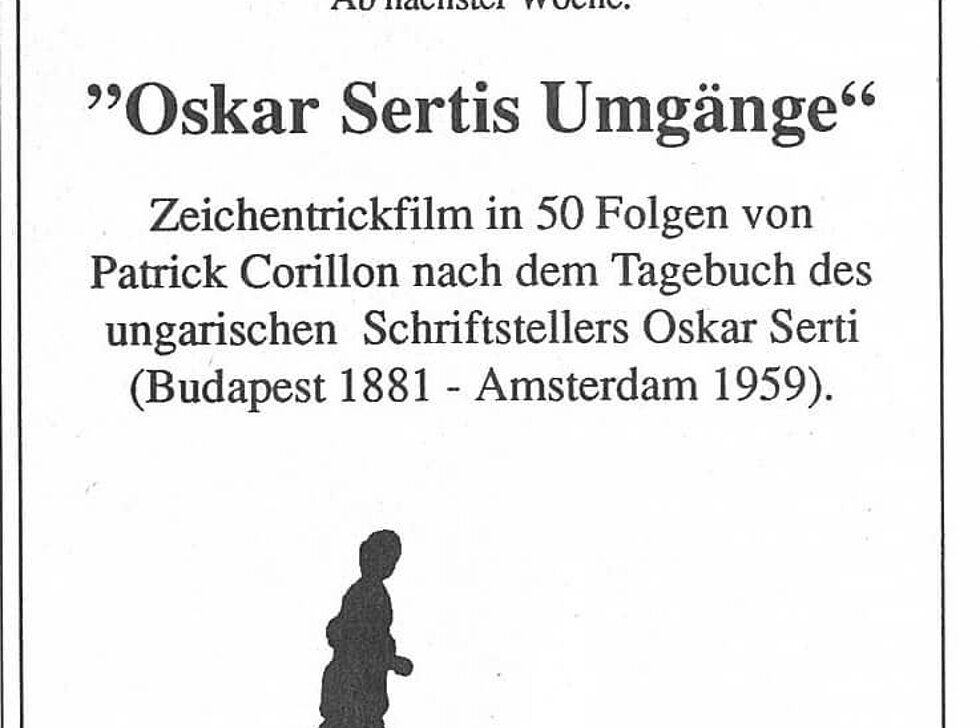 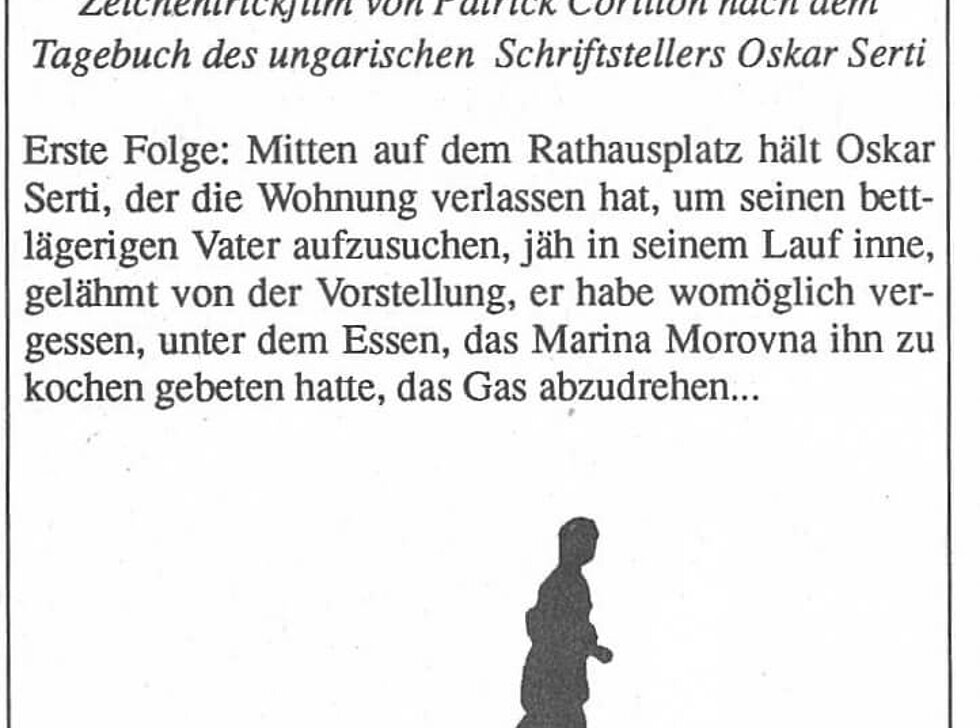 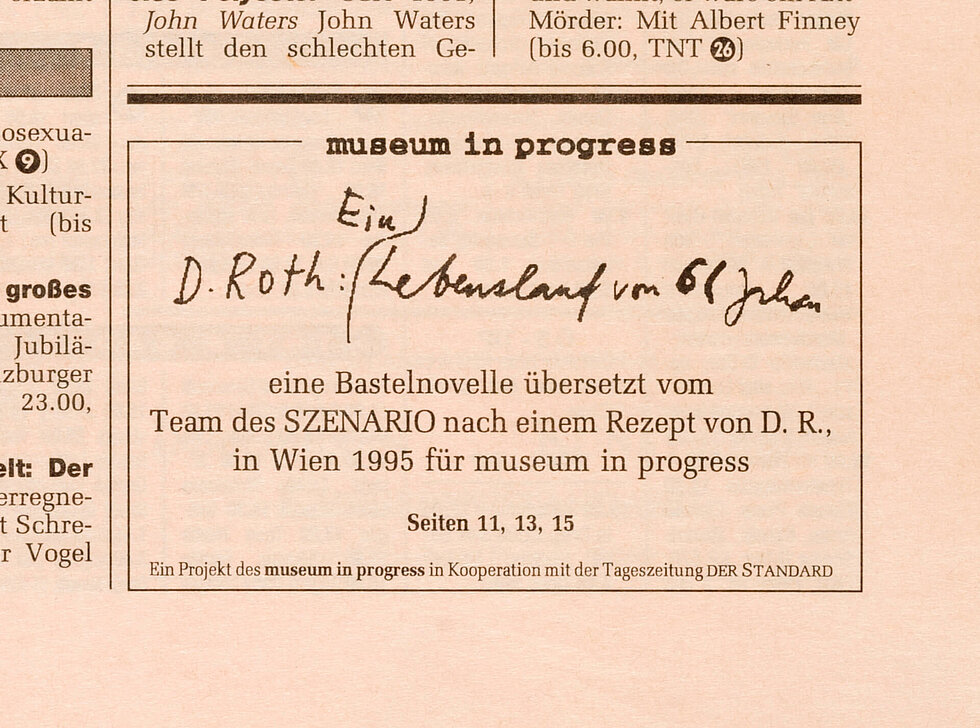 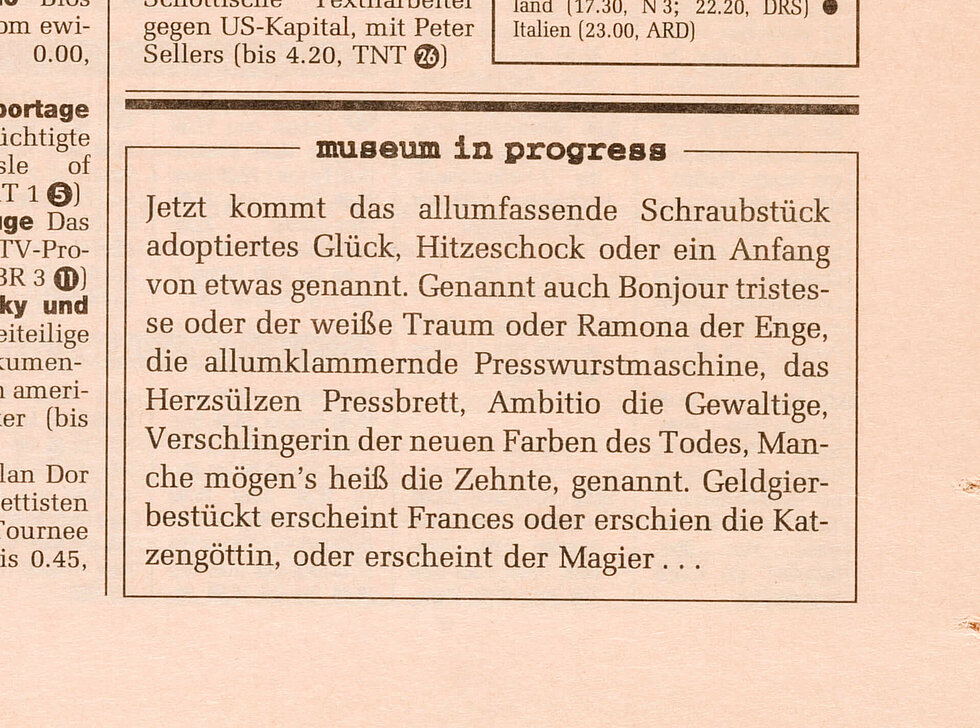