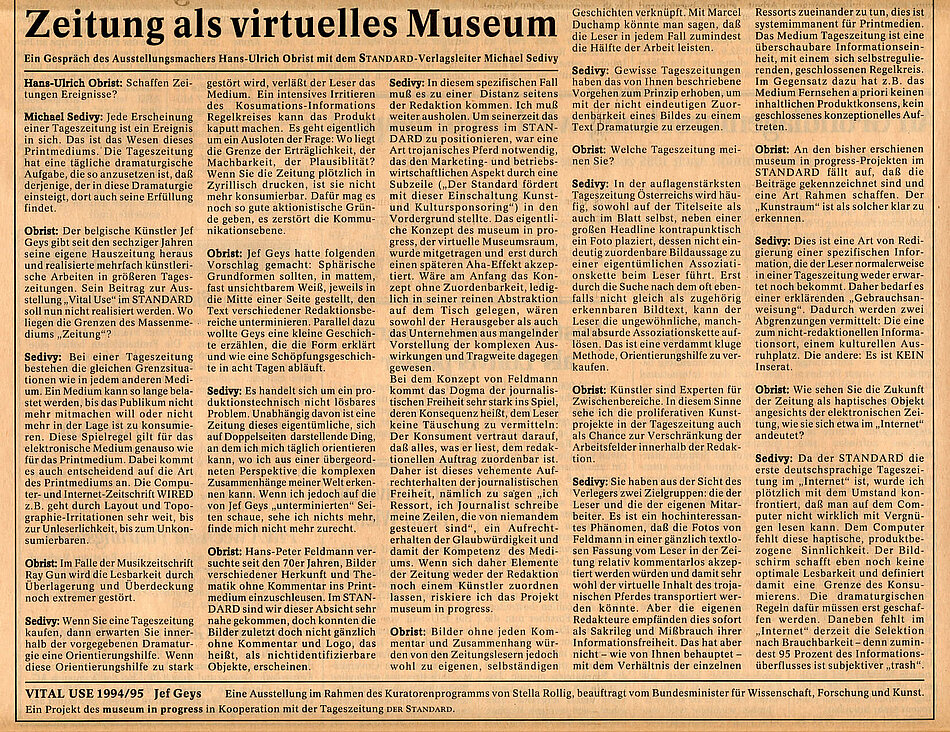 A double code is inherent in the works of Jef Geys: the symbolic and useful functions entwine, whereby the homogeneity of the art work is confronted with the heterogeneity of its consumption. Since the end of the sixties, as publisher and editor, Geys has drawn his own newspaper. His Kempensches Informationsblatt is locally distributed in his home town as a free advertising paper. At exhibitions throughout the world the current edition also serves as the catalogue. Jef Geys' planned work for the Standard could not appear for technical and editorial reasons. Geys then suggested that instead of his work an interview with the Standard director Michael Sedivy should be printed.