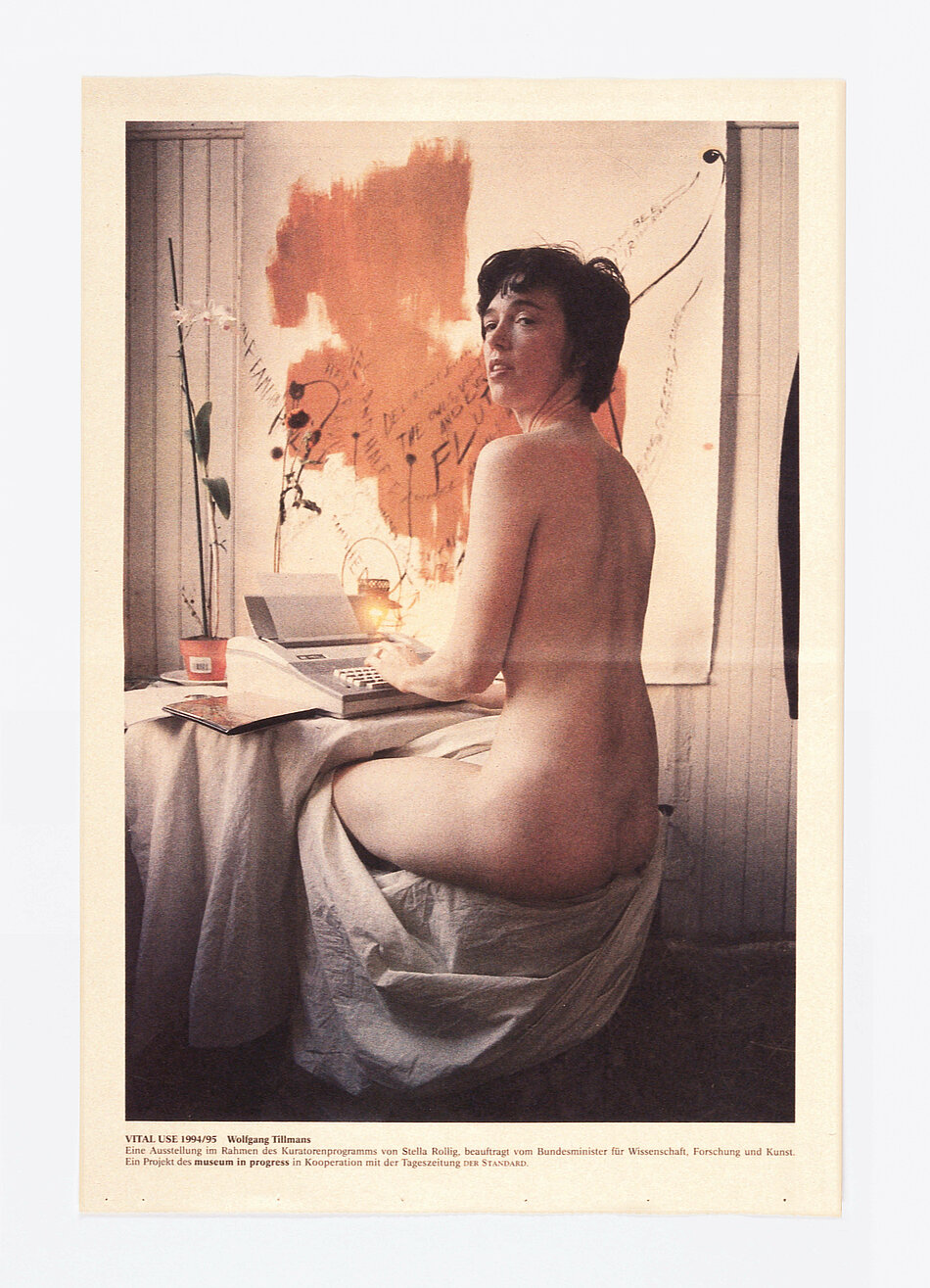 Wolfgang Tillmans operates on different levels. Individual photos from his continually growing picture collection appear in fashion magazines, teenage magazines and current affairs magazines. He also makes prints and larger bubble jet prints from the same motifs for gallery and museums exhibitions. From time to time he makes specific reports or commissions which also find their way into his collection of pictures, appearing on later occasions in completely different contexts. Tillmans is interested in the mutability of the same pictures when appearing in different forms and the greater accessibility and availability of the pictures associated with this. Because he moves freely between the individual contexts Tillmanns does not allow himself to be pinned down and creates a wider reception and distribution of his pictures as well as the freedom to appear in one particular area, to dissappear and then appear again somewhere else. In Vital Use Tillmanns shows a naked woman at her PC. It raises the question of physical presence in the age of Virtual Reality and brings Arthur Kroker's warning up to date: in the face of the technological revolution we are in danger of the body becoming a passive archive which is programmed, entertained and finally stored as a file among many others.