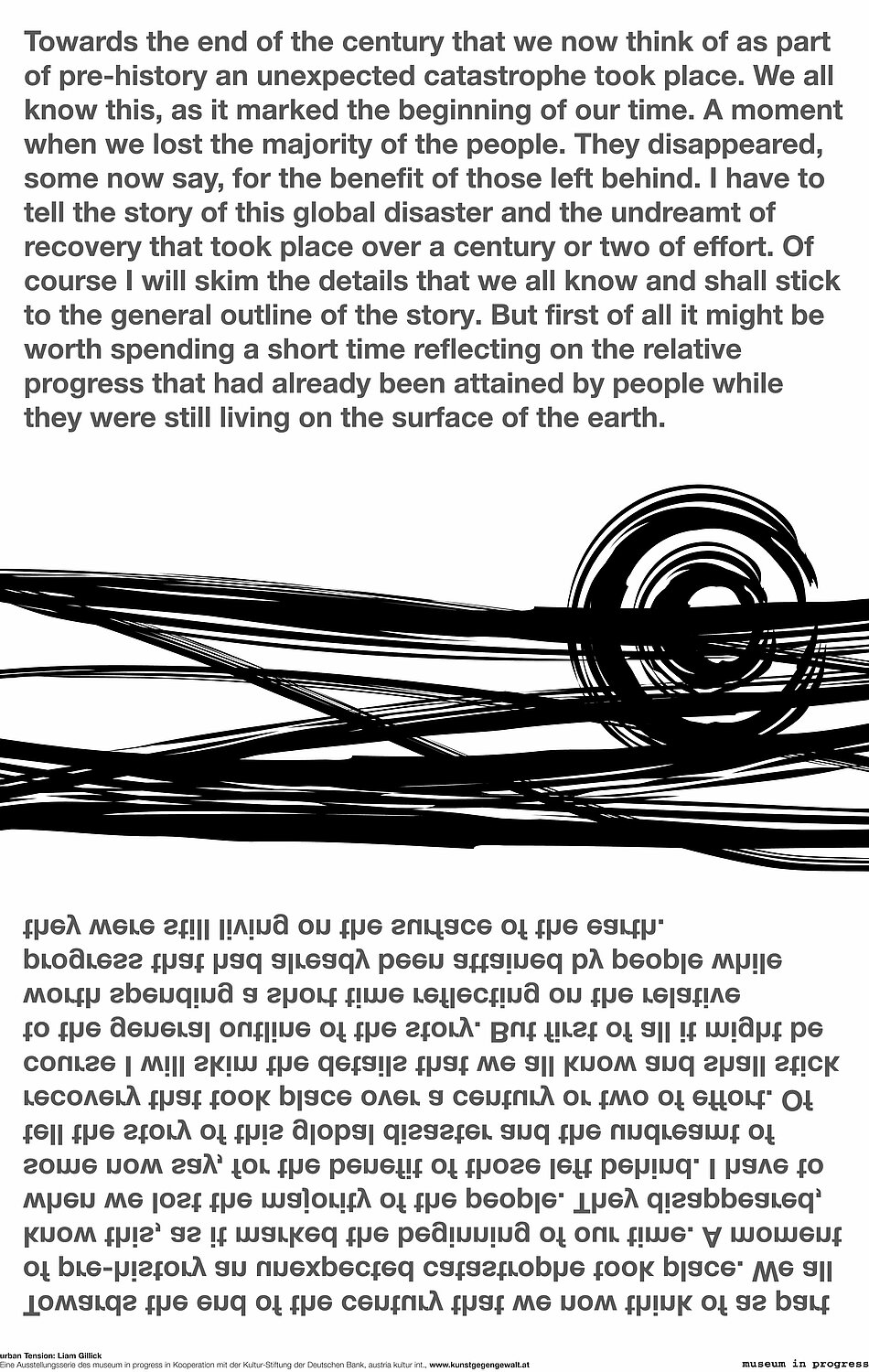 Towards the end of the century that we now think of as part of pre-history an unexpected catastrophe took place. We all know this, as it marked the beginning of our time. A moment when we lost the majority of the people. They disappeared, some now say, for the benefit of those left behind. I have to tell the story of this global disaster and the undreamt of recovery that took place over a century or two of effort. Of course I will skim the details that we all know and shall stick to the general outline of the story. But first of all it might be worth spending a short time reflecting on the relative progress that had already been attained by people while they were still living on the surface of the earth.