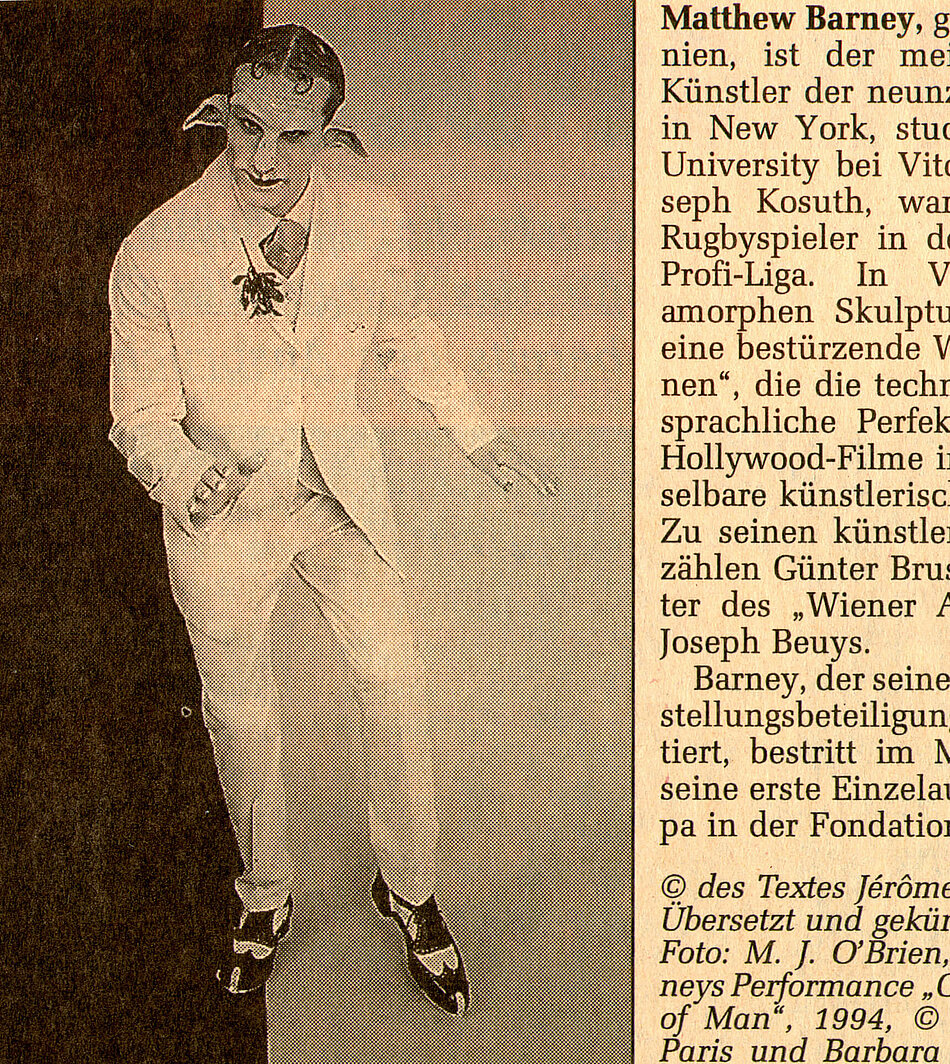 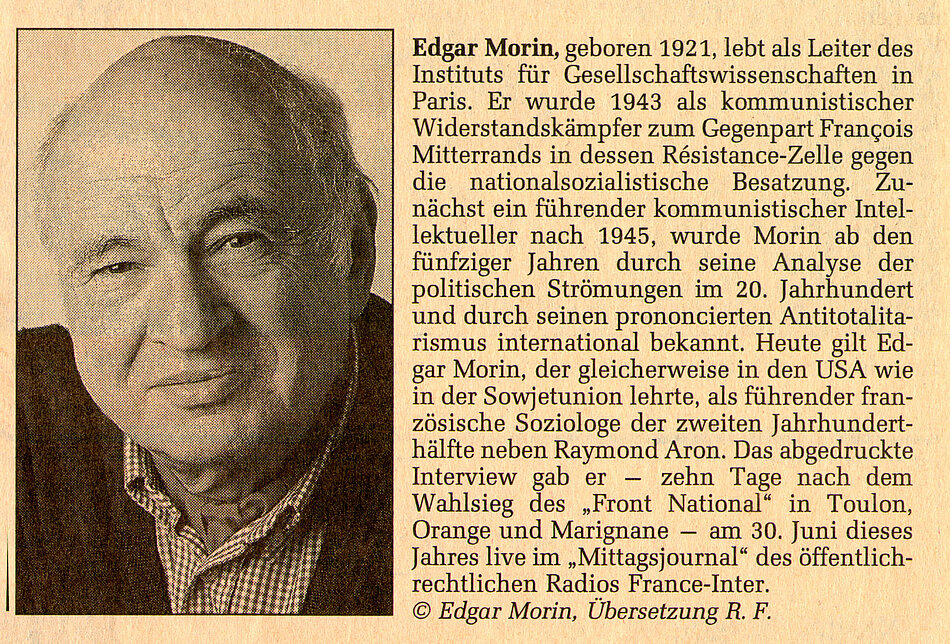 In Symposion 09 on 25 August 1995 Matthew Barney, the undisputed young star of nineties body artists, talks about being an artist today in the age of the media and why he uses his own body in art work thirty years after the "Happening" and "Vienna Actionism".

The sociologist Edgar Morin, who taught numerous French post-modern philosophers and is today regarded as a living monument to the fundamental regeneration of anti-totalitarian thought, talks about the coming to power of the "Front National" in three French towns and the necessity of Utopia in the post-ideological age of this fin de siècle.