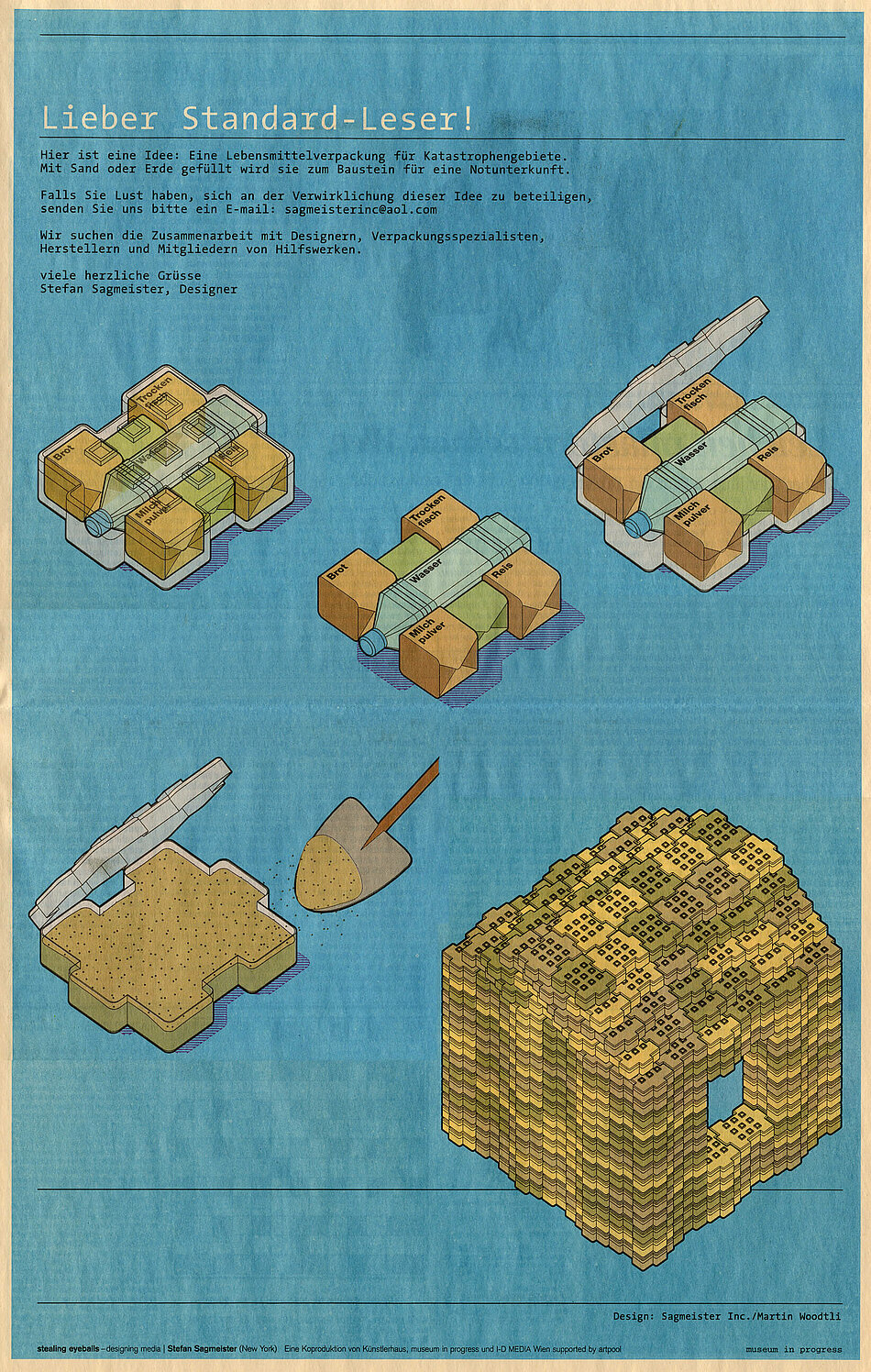 Tibor Kalman once stated that Stefan Sagmeister is less a designer than an inventor. This opinion of his one-time employer is based not only on Sagmeister's complex and always surprising creations, but also on his methodology: Sagmeister minutely researches design tasks, formats, materials and functions, eliminating secondary and conventional parameters and using the lee-way gained by going beyond all routine for experimentation.

This "designer without style" often produces the unexpected as a result of his invention, though always remaining conceptually convincing. A graduate of the Hochschule für Angewandte Kunst (Academy of Applied Arts) in Vienna and the Pratt Institute in Brooklyn, Sagmeister has led his own design studio in Manhattan since 1993, specializing in graphic and packaging design for the music industry. In spite of huge international acclaim for the design of CD covers for stars such as David Byrne and Lou Reed, he has refused to enlarge his two-man studio (consisting of Sagmeister and his Icelandic co-designer Hjalti Karlsson) or to expand into new digital fields.

Sagmeister is a media designer with a preference for old media in the form of books and CD covers, while keeping a decisive distance to new media. This stance has not prevented him from producing outstanding and fundamental contributions to "interactivity" within the limits of his chosen terrain of CD covers as with, for instance, his early and already legendary design for the cover of H. P. Zinkers Mountains of Madness. This portrays a man whose expression seems to alter from depression to madness through a simple mechanical shift in the complementary colours of the cover.

His designs essentially require active viewers or users, who invest time and curiosity to discover the wealth of ideas with which Sagmeister translates the music visually. He utilizes not only visual tools, but also tactile, mechanical impulses, by deliberately manipulating three-dimensional objects to build small yet complex "communication-machines" (Ellen Shapiro). Overcoming his own scepticism, this classical print designer took his first steps into a medium hitherto unknown to him, as director of Lou Reeds music clip Modern Dance.