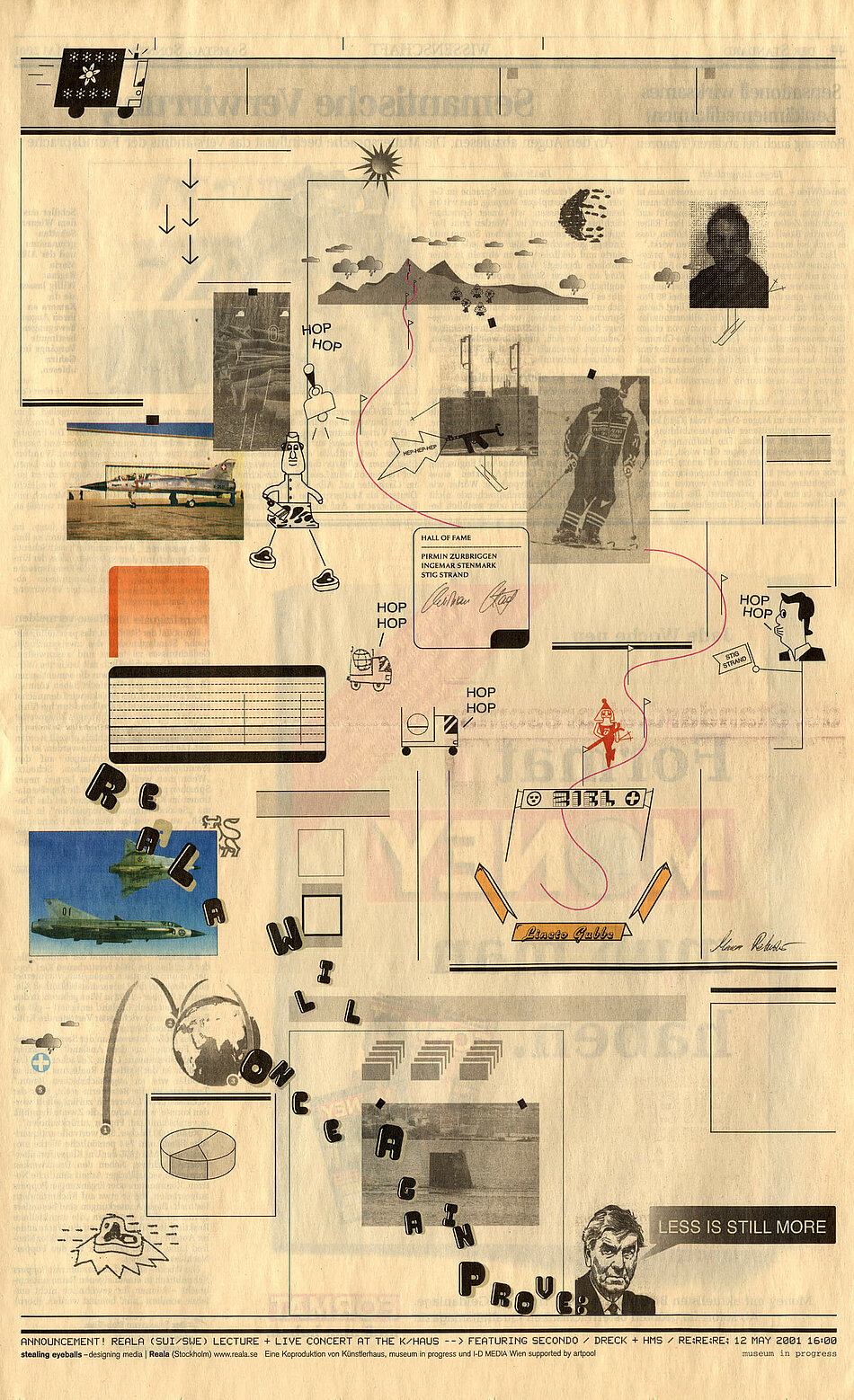 Samuel Nyholm and Jonas Williamson founded their design company Reala in 1998 while studying at Stockholm University for Art and Design Konstfack. The name was derived from the art and literature magazine The Real Art (& Poetry) published by them since 1995. The title alone signifies the integral aspects of art and literature in their designs. Active in all areas of media design, they specialize in illustration and animation for both commercial and non-commercial projects.

Reala create characterful sign-families, consisting of sketched figures, specially developed fonts, grotesque icons and bizarre pictograms, often coming to life as mutating "families" with varying sizes, ages, sexes and physiognomies. These tribes of signs in varying constellations populate the teams' print work and animation projects. Reala tend to invent an alternative graphic system for each commission, a specific vocabulary of images and characters providing the framework for their creative work.

A cartoonesque, sometimes wickedly infantile quality is characteristic of these visual worlds, consciously distinct from the clarity and severity of traditional Scandinavian design, as well as defying comparison to other visual precursors. Reala's illustrations avoid the genre-typical translation of text to image, operating rather with semantic word connotations, which they approach both associatively and analytically. The process focuses on the expansion of context rather than interpretation of text. The computer plays a secondary role in the production of the designs. Sketches and doodles form the source of their material, followed by digital drawings. An anachronistic use of photocopiers is responsible for the impurity and distortion of the images.

This youngest generation of designers has formed an international network whose members include the London design-formation Dreck with Laurent Benner and Radovan Scasascia. They are also members in two electronic bands, for which they design the covers.