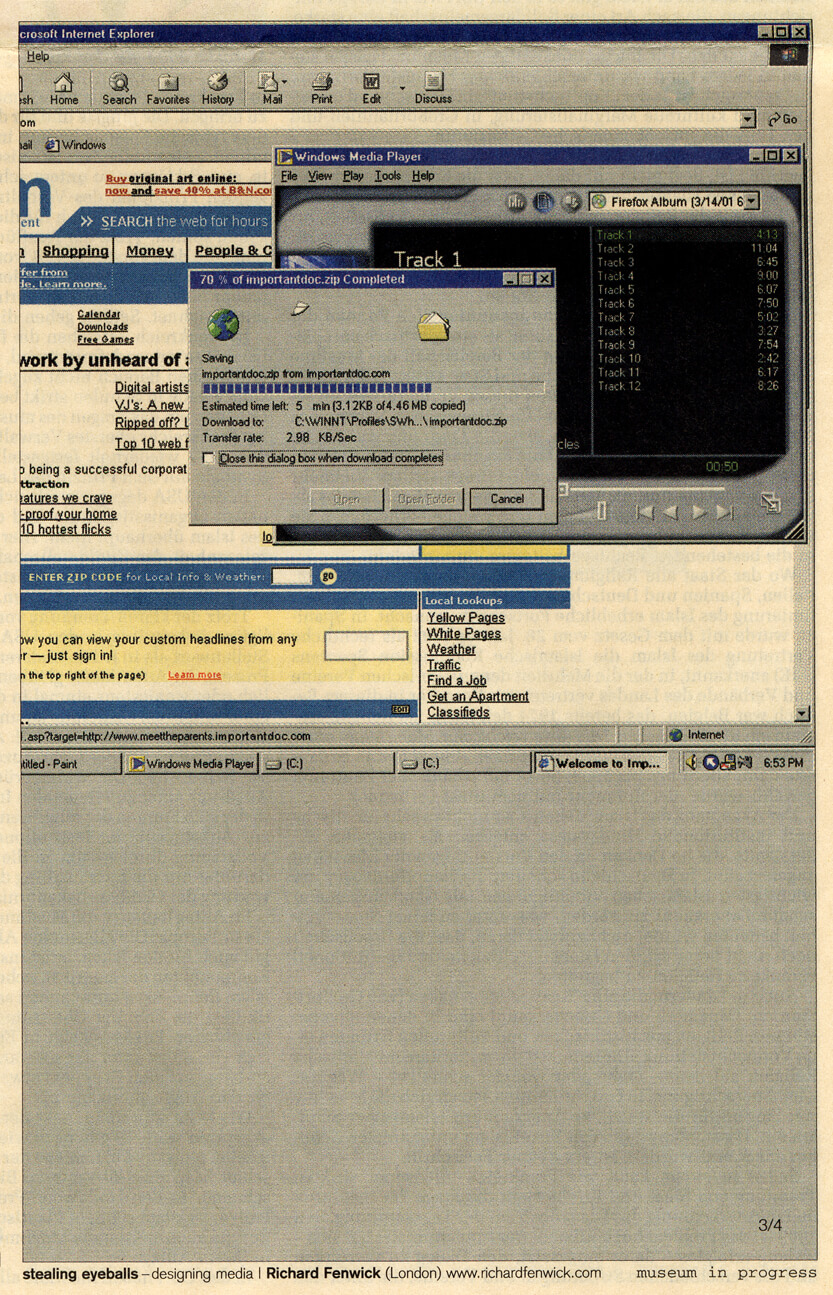 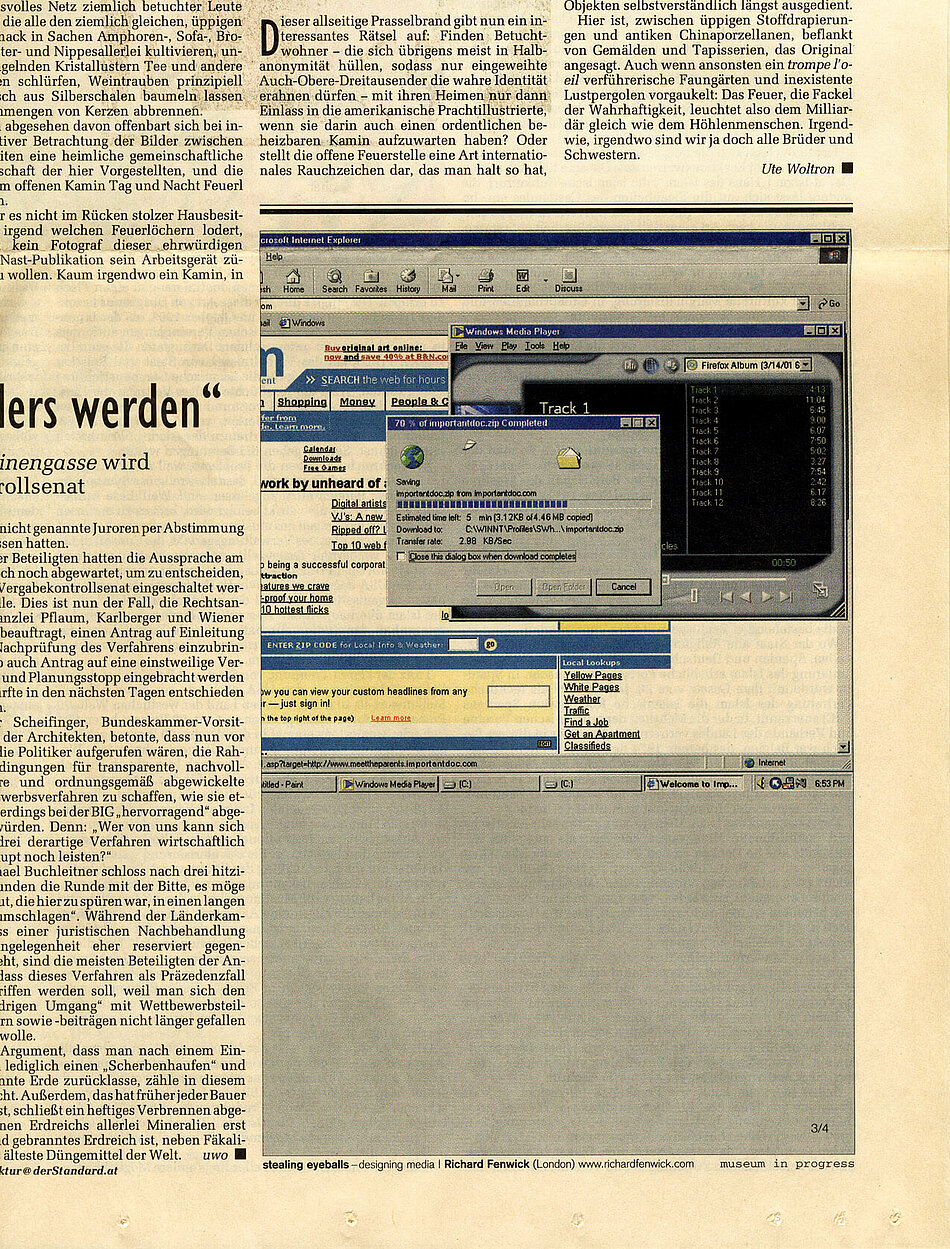 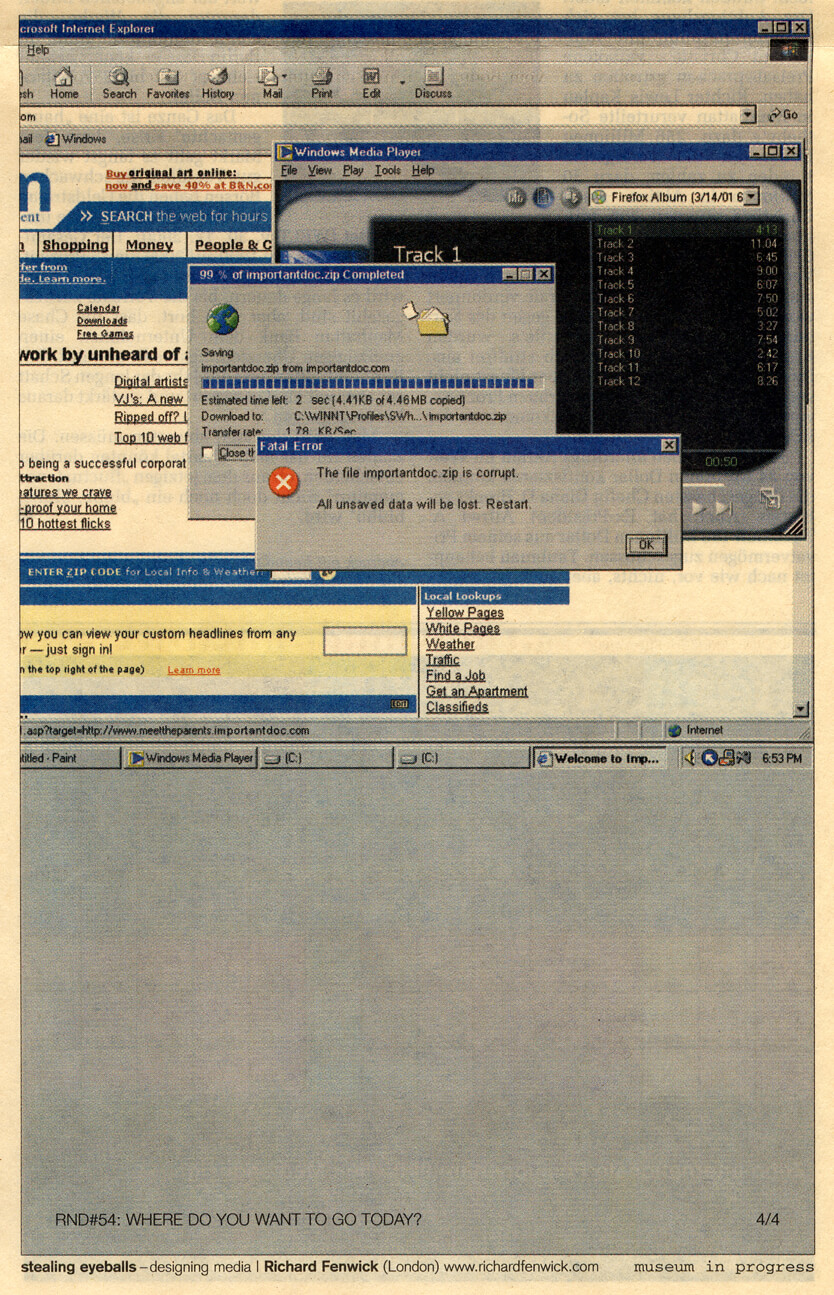 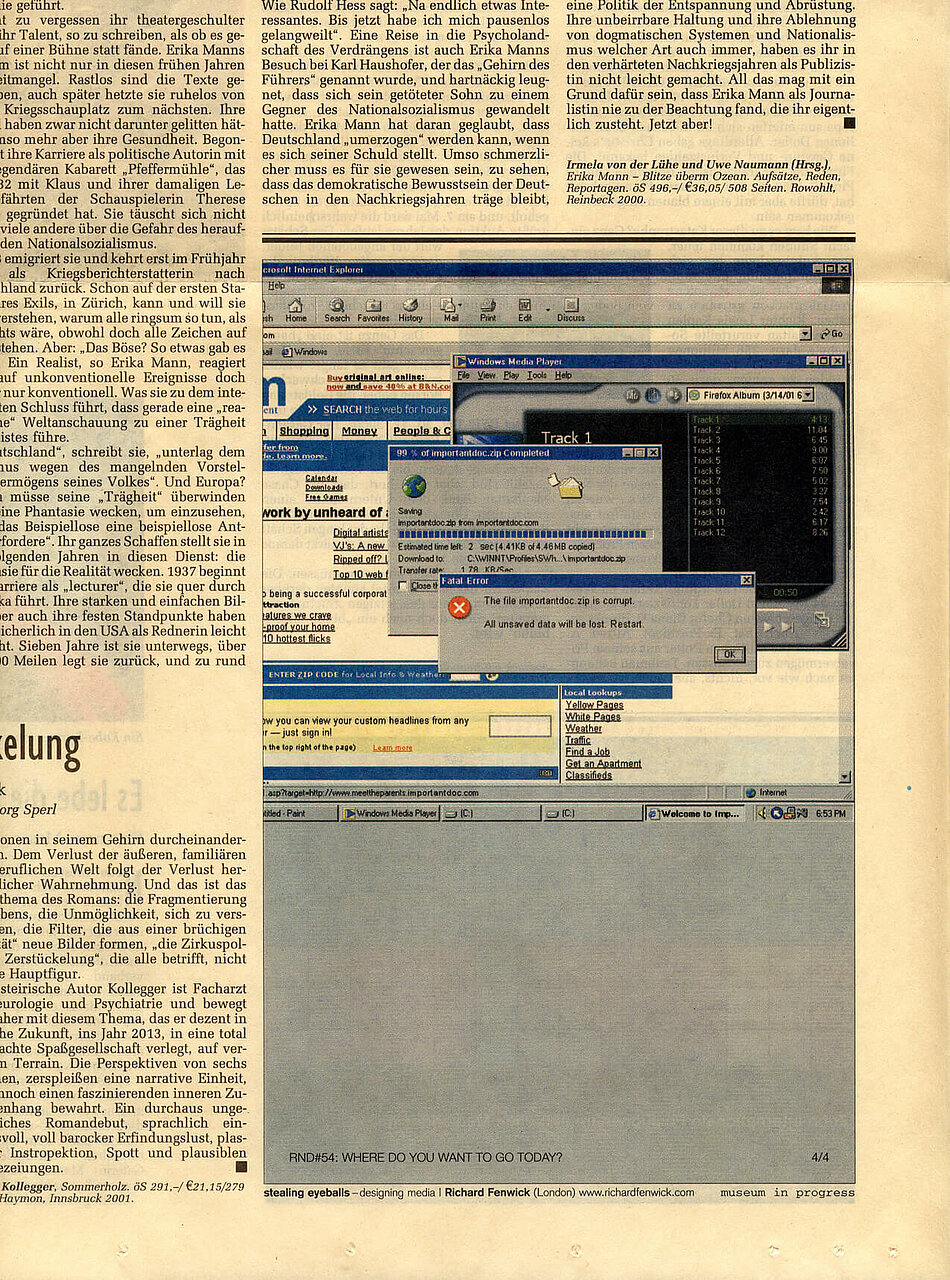 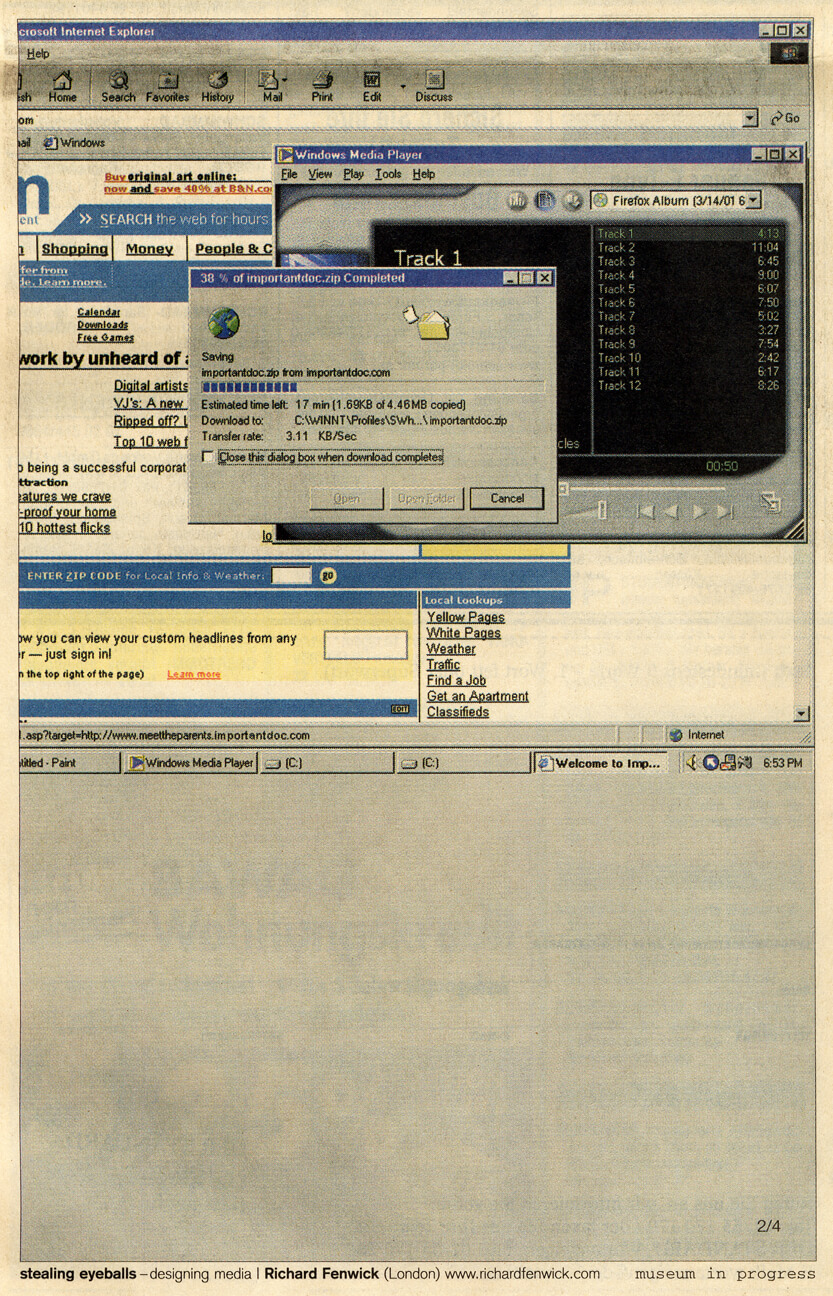 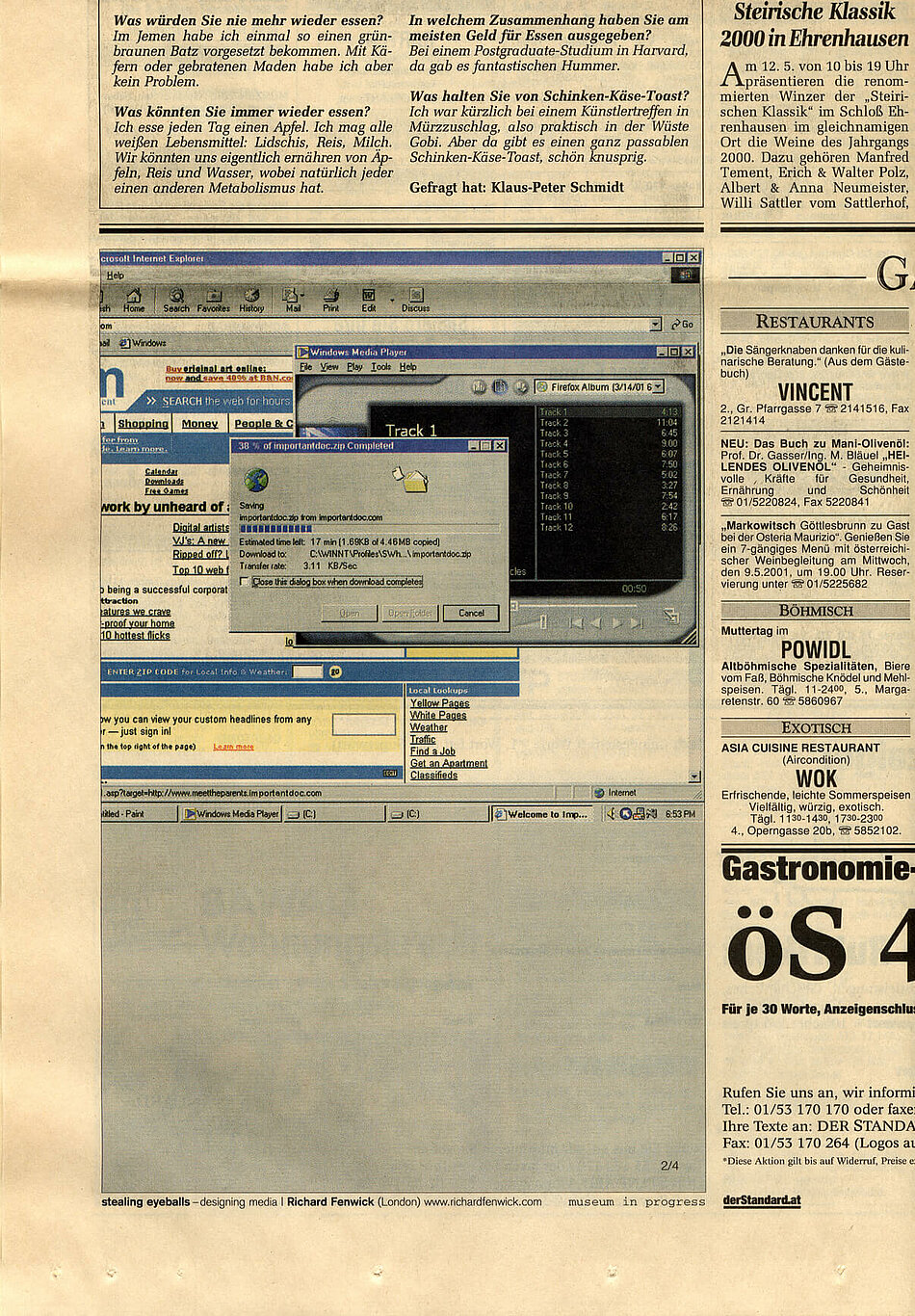 Richard Fenwick's young but already acclaimed career illustrates a contemporary interplay of paradigms. Fenwick plays a dual role as both graphic designer and director of typographical films. In this, he places equal importance on the graphic and the cinematic aspects, just as he equates the work processes involved in producing film and digital montage.

Trained as a classical graphic designer, Fenwick has gained from the latest developments in affordable, high-quality hard- and software technologies that have made it possible not only to produce, but to design moving images to broadcast standards. Fenwick is interested in the structural parallels between spatial motif-parameters in print design and those that operate on a temporal axis, such as film and video. He utilizes the precise intersection of both media not only as an analytical tool but as a central narrative element.

Graphic elements function as co-ordinates in many of his short films and clips, bringing the underlying cinematic images into focus. His ten-minute debut film, States (1988, co-produced with Adam Jenns), illustrates cinematic movements in the public space. These movements are depicted through simple, orthogonal frames with accompanying text commentaries. In this manner, the question of occupation of space, together with its political aspects, is articulated. Analogies between the monitor format and the graphic geometry employed are both evident and intentional. Subjects such as publicity vs. privacy, media presence and control are also issues in Fenwick's subsequent work People (1999). Here, visual and textual passages structure the flow of anonymous subway passengers as filmed by a digital camera.

Fenwick has made his name not only for freelance work but also as director and producer of video clips and pop promos, without having moved away from his detached and analytical perspective. Fenwick shapes his studies with humour and spontaneity, relying on the power of suggestion in a scientific, technoid cosmos of imagery. Currently he dedicates equal time to the commercial production of advertising and music videos for the London company Flynn and to the development of his own studio, Reference Point.