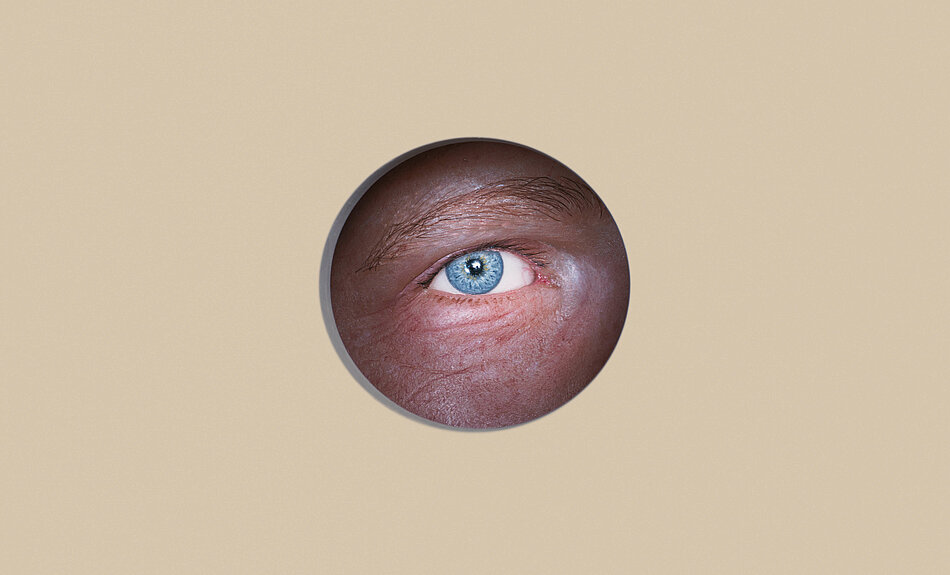 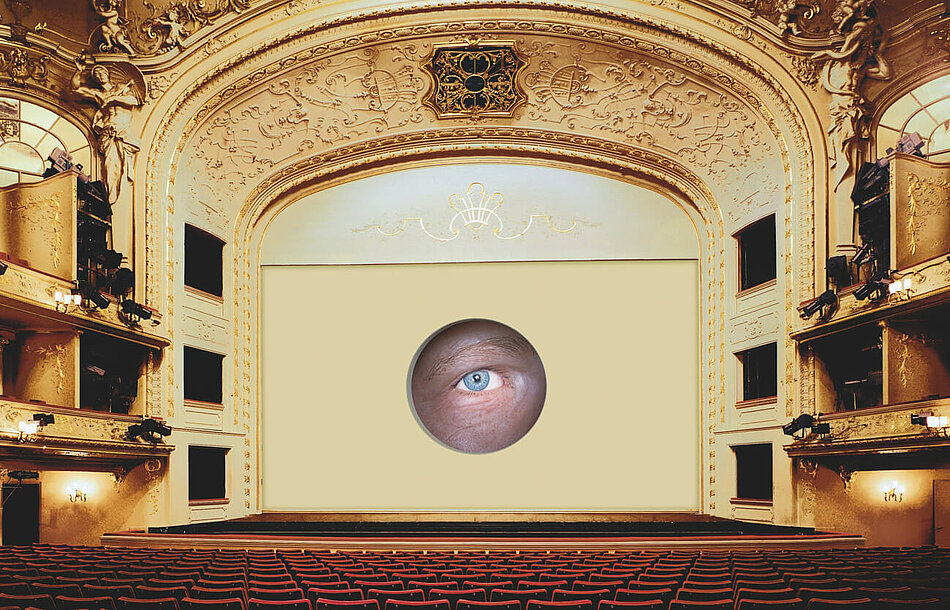 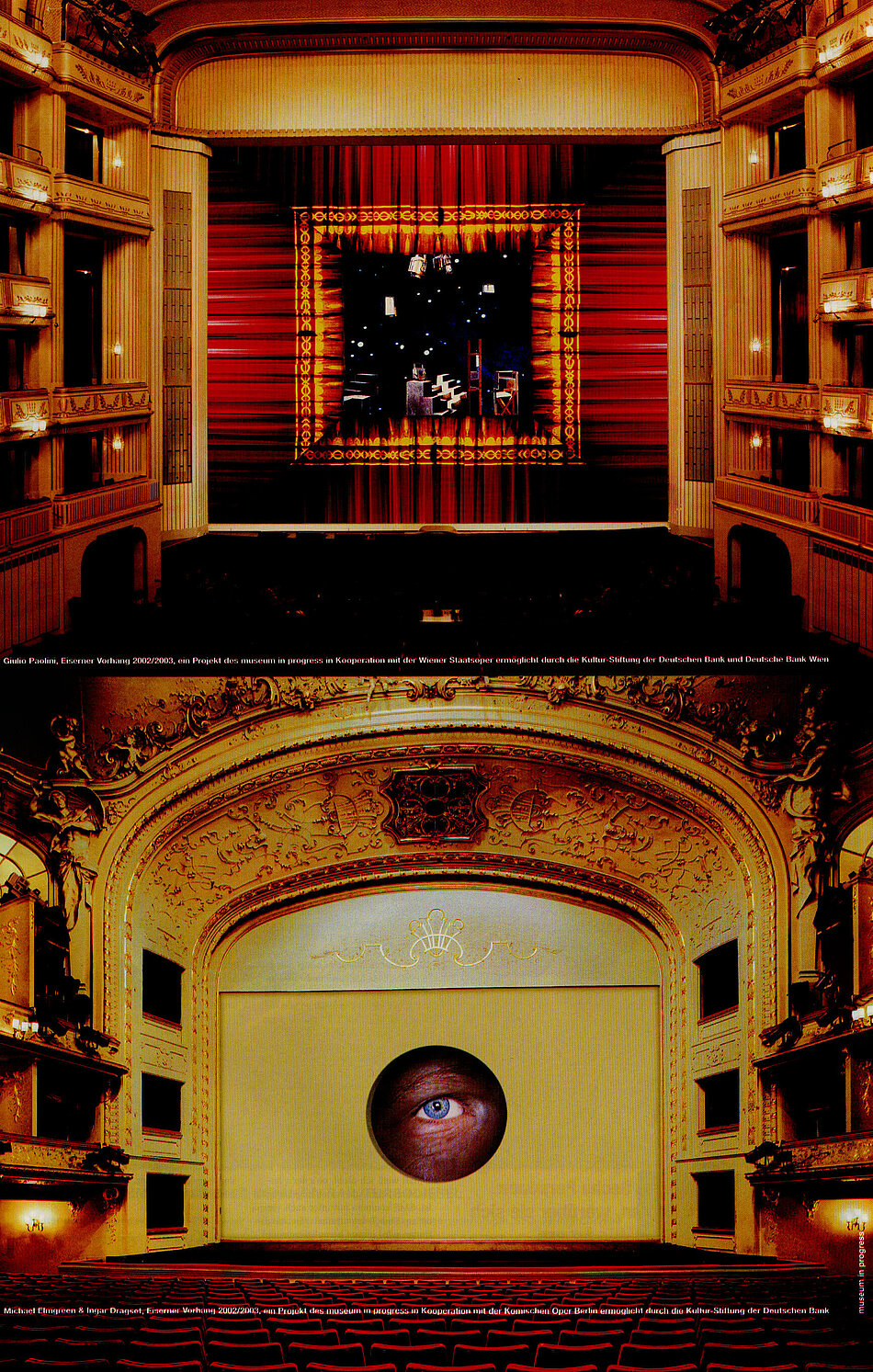 The Norwegian-Danish artist-duo Michael Elmgreen and Ingar Dragset has created the first large-format picture for the safety curtain at the Komische Oper Berlin for the exhibition series "Safety Curtain". After the Vienna State Opera (since 1998) the Komische Oper Berlin adopted the concept of using the static medium safety curtain as lively museum space. Curator Ina Blom selected the artists.

The project "Looking Back" by Elmgreen and Dragset for the safety curtain at the Komische Oper Berlin deals by simple means with the viewing situation of a theatre and how this situation is outlined by the architecture. In the theatre auditorium the audience is seated in the dark with a frontal view towards the stage; an anonymous crowd with its attention guided towards this very point. Elmgreen and Dragset's motif on the safety curtain depicts a giant eye watching the audience through a peephole; but here the peephole is not a tiny intervention into a wall meant for (in)discreetly watching somebody's private life but a highly visible element, with a size of more than 3 metres in diameter, overlooking the audience. Confronted with this over-dimensional eye the theatre auditorium appears as a miniature – an odd dolls' house, a puppet theatre or just a scale model of a "real" theatre. The image displayed on the curtain is a staged photo taken of a wax head with its glass eye peeping through the hole. An illusive scenario that turns the actual architecture of the auditorium into something artificial and out of proportion.

"Safety Curtain" Berlin is a museum in progress project in co-operation with the Komische Oper Berlin made possible by the Cultural Foundation of Deutsche Bank.