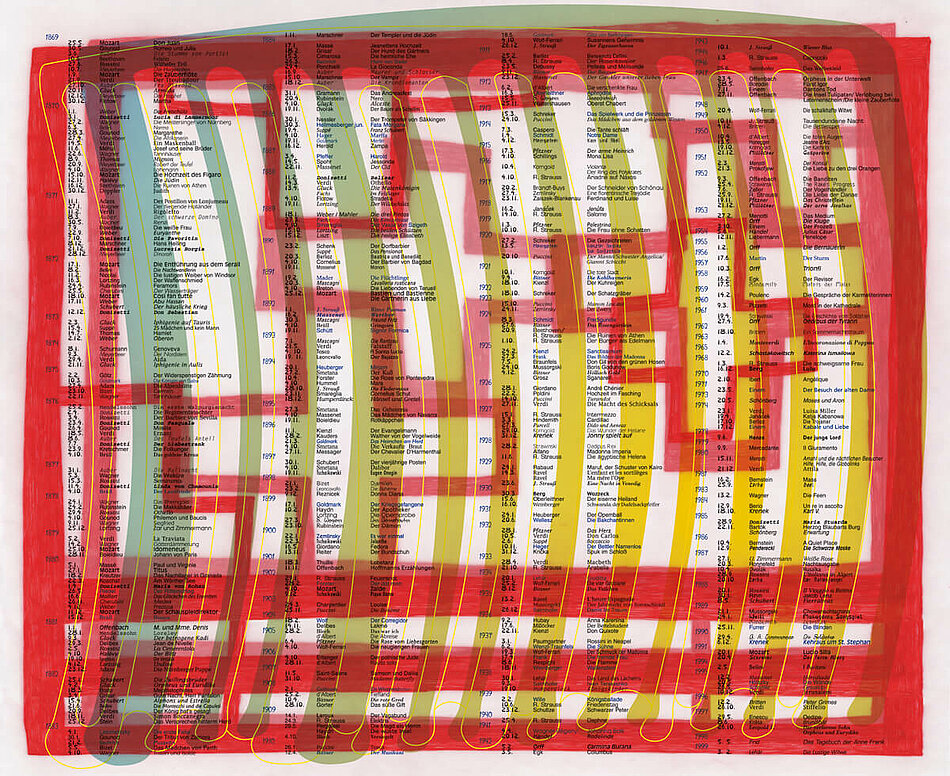 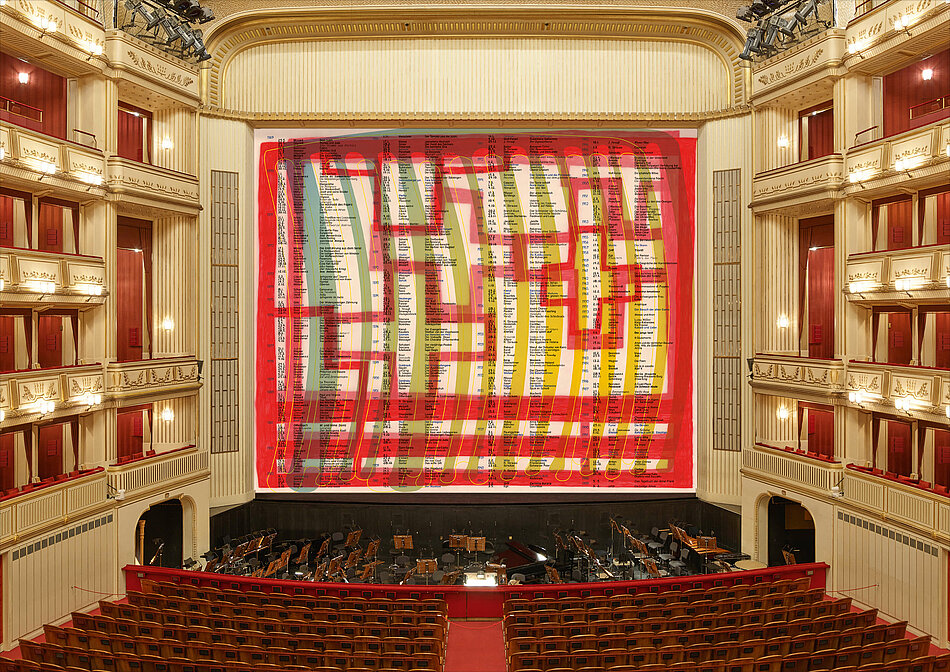 The Austrian artists Christine and Irene Hohenbüchler were the choice of the international jury (Robert Fleck, Kasper König, Hans-Ulrich Obrist, Nancy Spector) for the production of the second large-format picture for the safety curtain of the Vienna State Opera for the 1999/2000 season. By including in their work a chronological list of all the world premieres and opening nights of the Vienna State Opera, they confront the history of the opera house on the Vienna Ringstrasse. However, the chronology also makes a general connection to history. The fact, visible from the list, that 1945 was the only year in which there were no first performances gives rise to deeper historical associations. Not only the list of years, but also the red-painted crosses which came about as a result of the Kosovo war, form a chronological arch of history which reaches into the present.