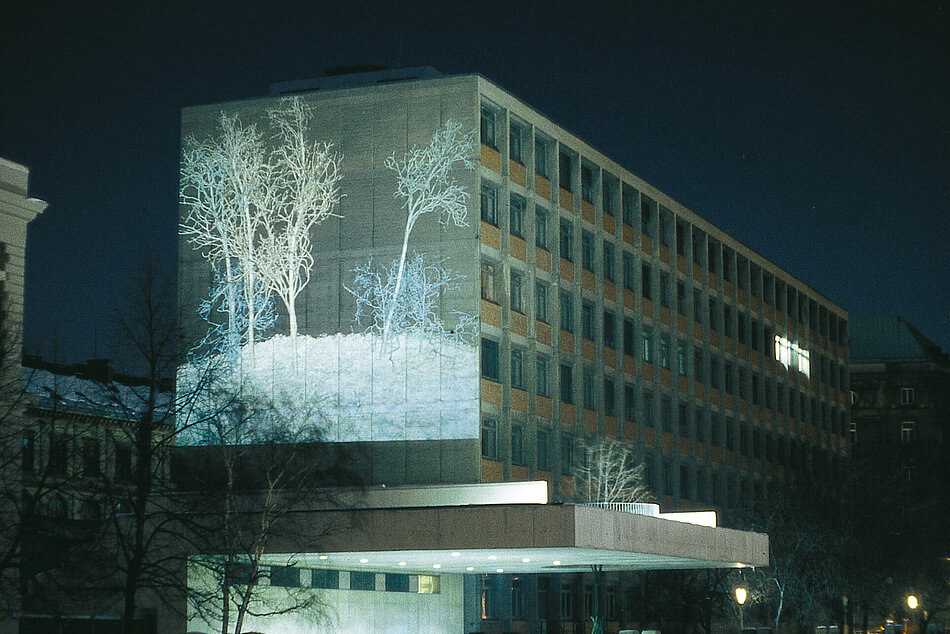 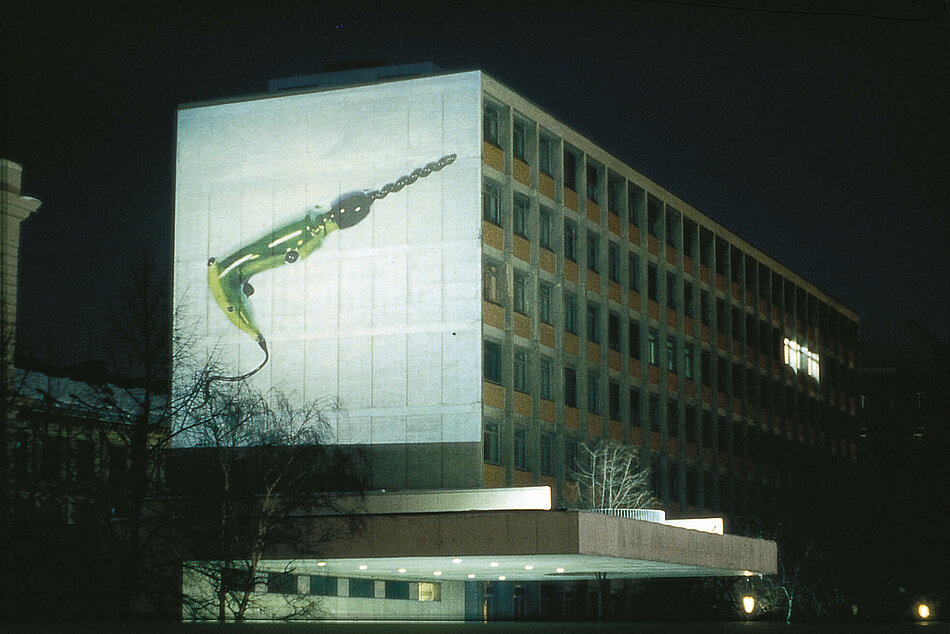 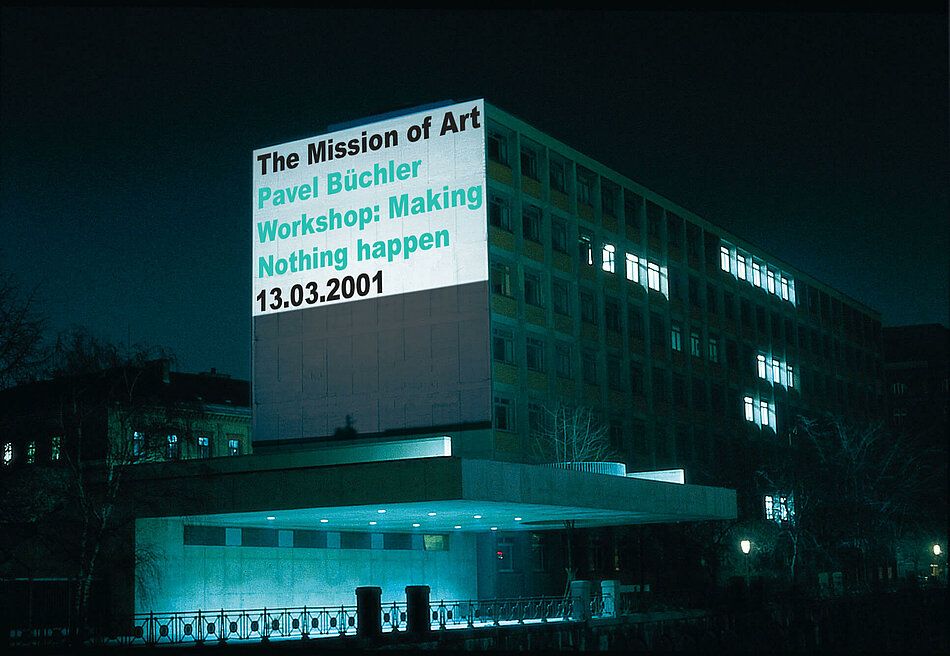 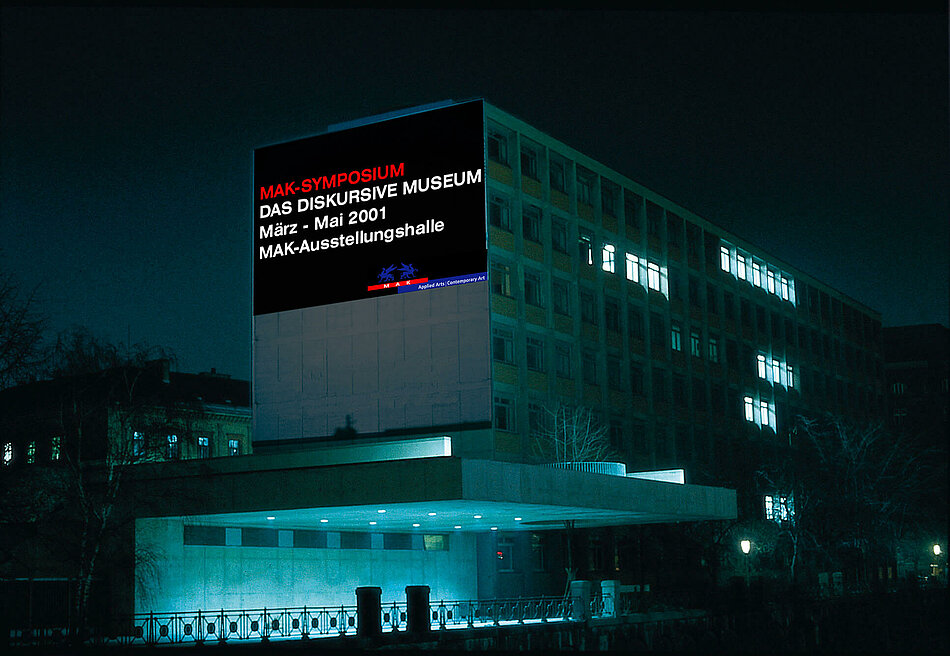 The fifteen slides were divided as follows: five from the Museum of Applied Art, five from the Academy of Applied Art and five from museum in progress. The Academy and the Museum showed information and announcements. museum in progress developed the following structure with the curator Judith Fischer. Information about exhibitions in Vienna was shown In an "art ad monthly". Three young artists worked on the design of the inserts: Christa Sommerer (with Laurent Mignonneau), Götz Bury and Friedrich Eckhardt.

The project was realised in co-operation with the Museum of Applied Art, the newspaper, DER STANDARD and Federal Curator, Robert Fleck (Ministry of Education and Art).