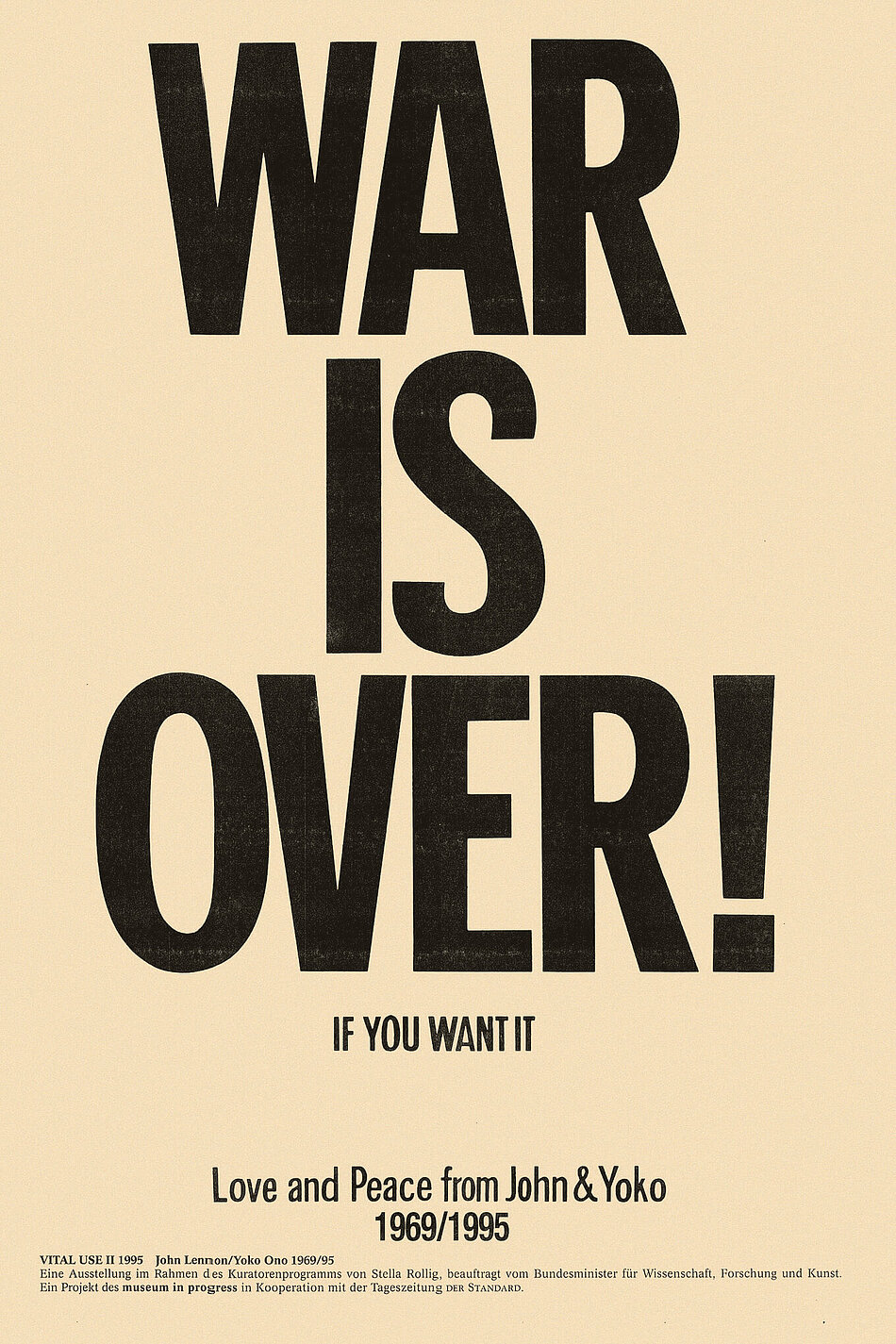 From the sixties onwards John Lennon and Yoko Ono continually created their own artistic production and distribution structures. The various innovative labels they created which guarantee independence and action are examples of this. From this basis both launched many far reaching actions: The spectrum stretches from their Bed-ins against the war, to peace meetings with numerous presidents and other decision makers and countless politically and socially motivated concerts to their poster projects which generated attention throughout the world far beyond the context of art alone. By setting the dates 1969/1995 in the middle of the page Yoko Ono creates a relation to the present. The manifesto WAR IS.which was originally a protest against the devastation of Vietnam by America is just as topical in September 1995 when the conflict in the former Yugoslavia is escalating less than an hour's flight from Vienna. The contribution from John Lennon and Yoko Ono marks the transition from the previous thematic exhibitions in the Standard (The Message as the Medium, Vital Use, Return) to a more open and flexible form of newspaper exhibition in the form of individual projects.