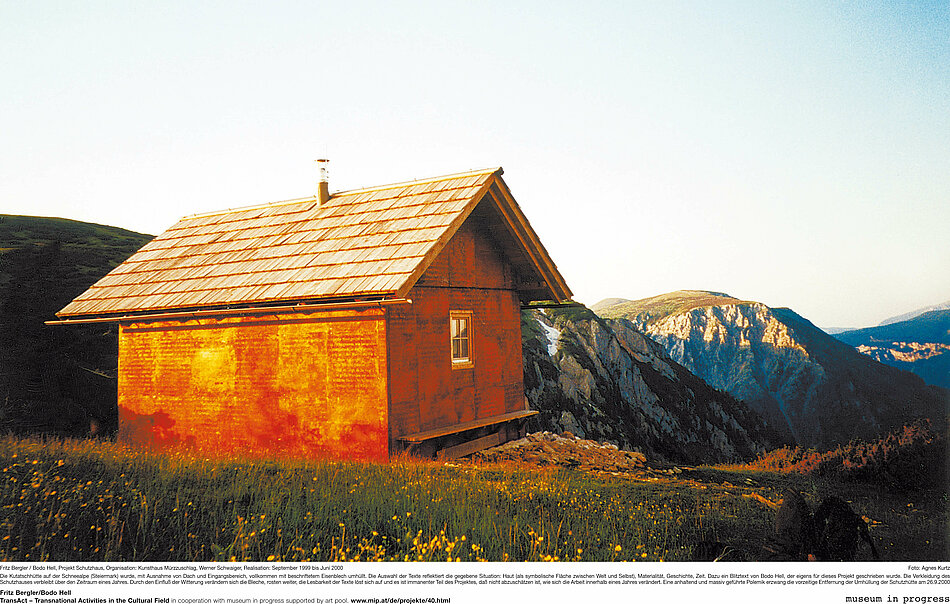 The Kutatschhütte (a mountain hut) on the Schneealpe (Styria, Austria) was, with the exception of the roof and entrance area, completely wrapped in sheet iron covered in writing. The choice of texts reflects the situation: skin (as a symbolic surface between world and self), materiality, history, time. And a lightning text from Bodo Hell which was specially written for this project. The wrapping for the mountain hut was intended to remain in place for one year. Under the influence of the weather the iron sheets rust and the legibility of the texts dissolves. An intrinsic part of the project is that it cannot be forecast how the work will change over the course of a year. A continuous and massive polemic forced the early removal of the covering of the mountain hut on 26-09-2000.