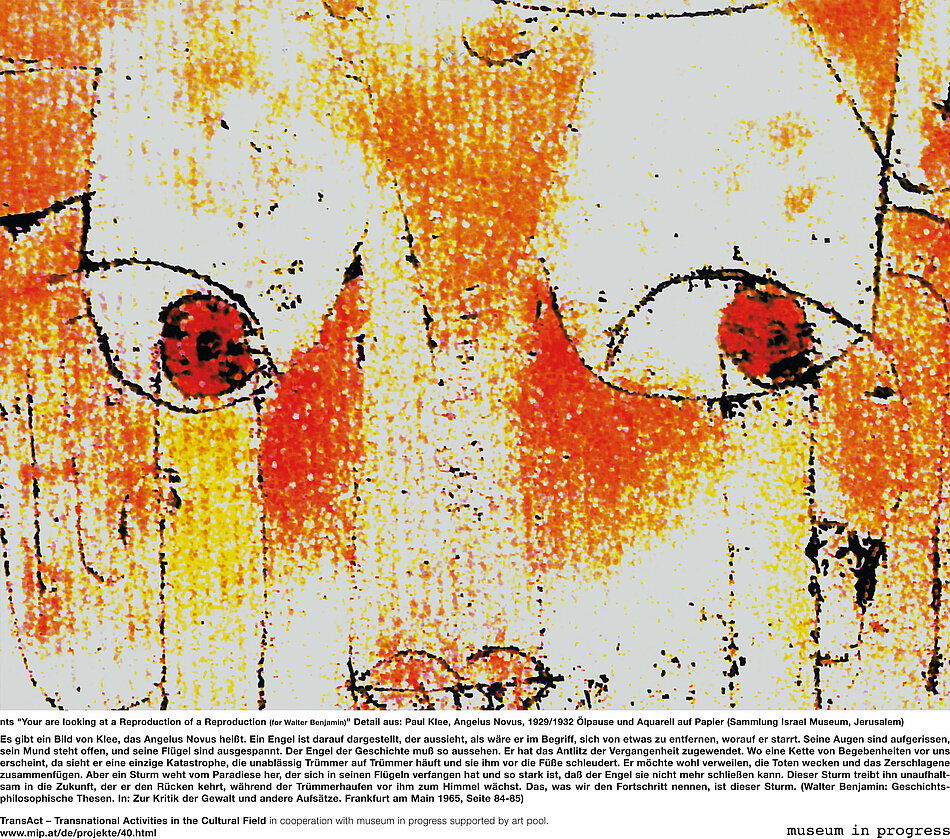 There is a picture by Paul Klee called Angelus Novus. It depicts an angel who looks as if he is just about to remove himself from something at which he is staring. His eyes are wide open, his mouth is open and his wings are spread. The angel of history must look like this. He has turned his face to the past. Where a chain of events appears in front of us, he sees a total catastrophe which incessantly piles ruins on ruins and flings them at his feet. He would like to stay, to wake the dead and to put together what has been destroyed. But a strong wind is blowing from paradise which has been caught in his wings and which is so strong that the angel can no longer close them. This wind drives him inexorably into the future, to which he has his back turned while the heap of ruins in front of him piles up to the sky. What we call progress is this wind. (Walter Benjamin: in Critique of Violence and Other Essays, Frankfurt am Main 1965, pp. 84–85, in German)