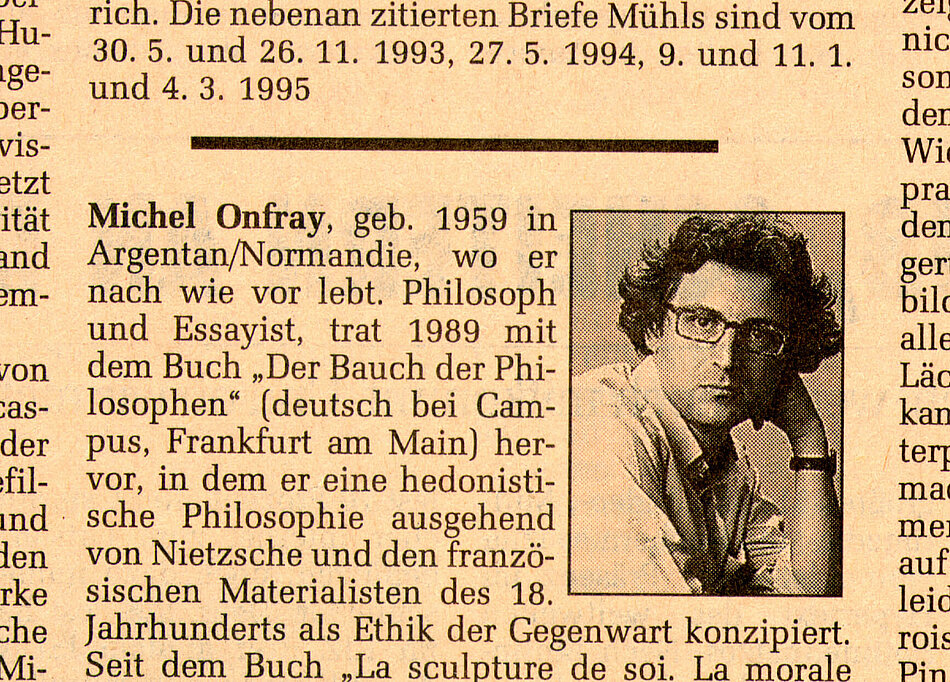 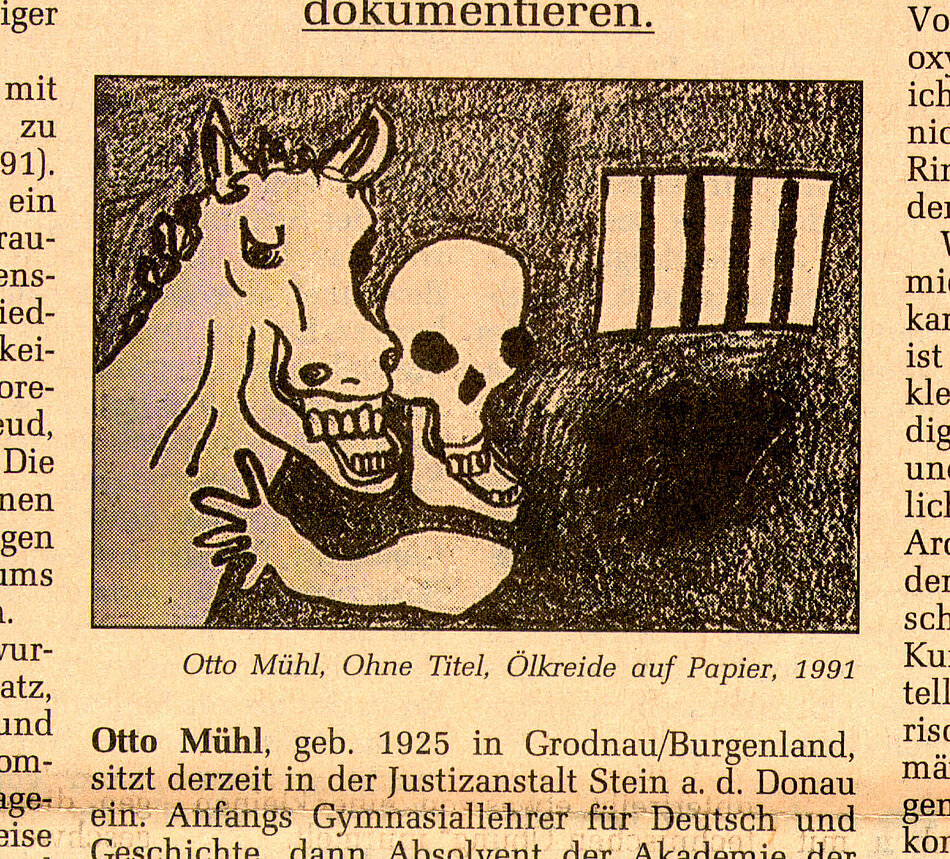 In Symposion 07 on 16 June 1995 Michel Onfray, a leading representative of a new generation of French philosophers, examines the life and work of Otto Mühl, the controversial painter, communard and founding member of "Vienna Actionism".

Mühl himself, in his cell in Stein Prison since being sentenced to 7 years imprisonment in November 1991, deals with questions about art and society today, as documented by extracts from his letters.