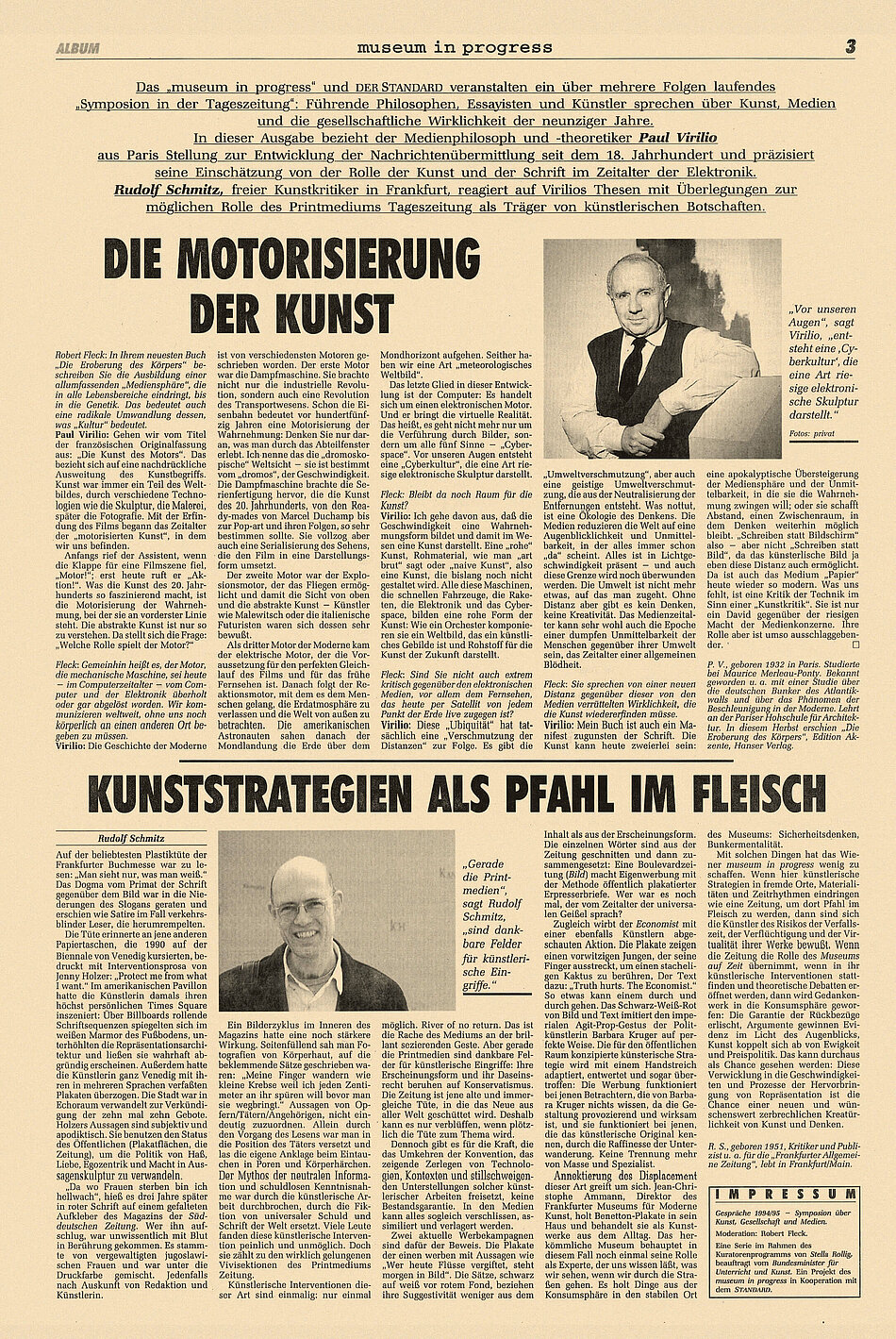 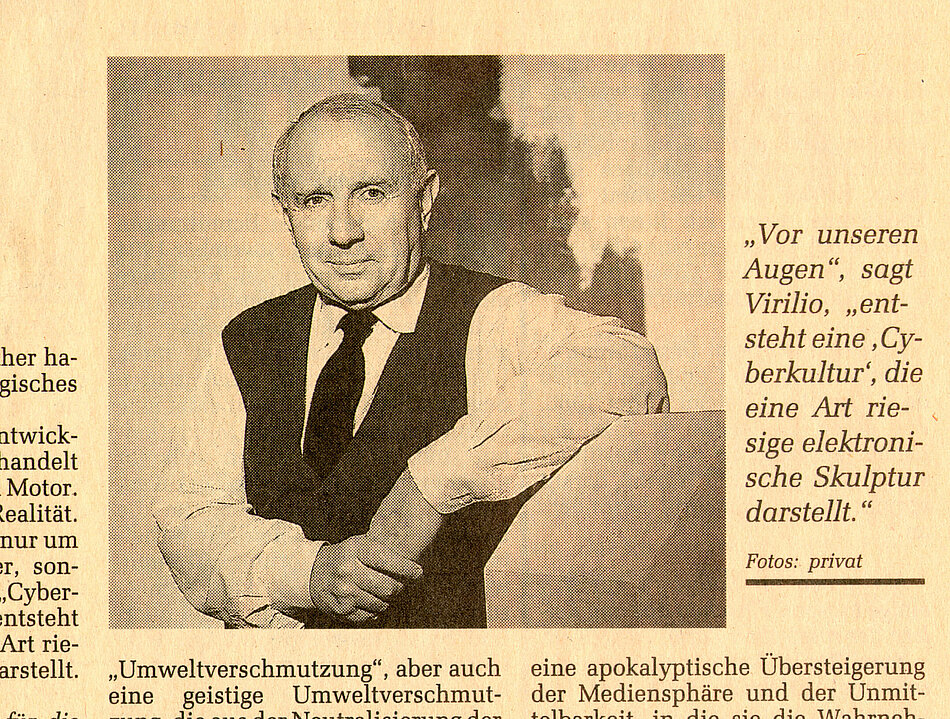 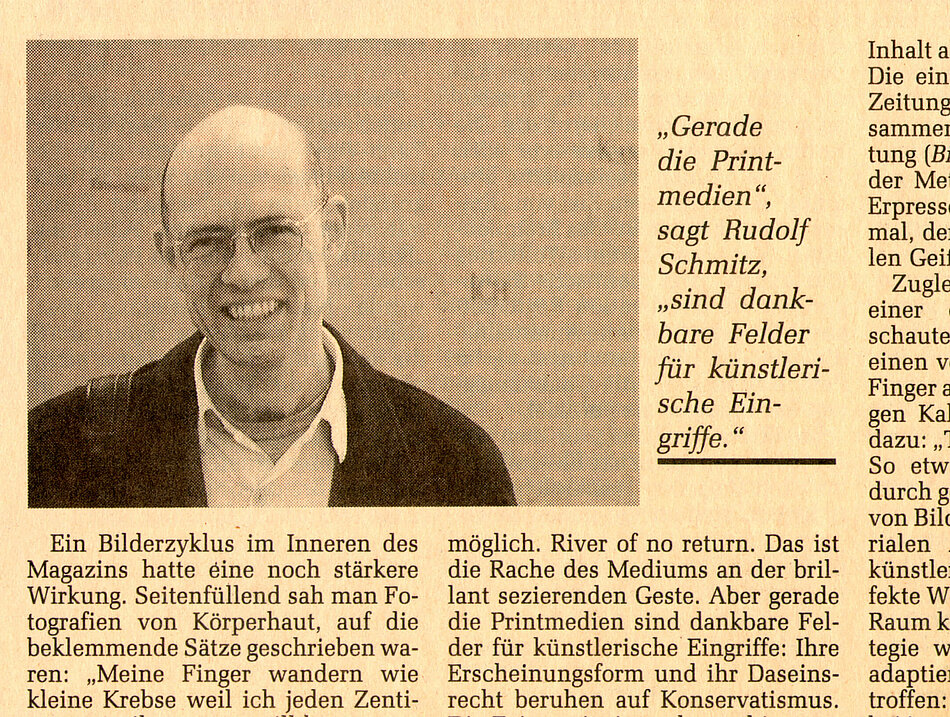 In Symposion 01 on 18 November 1994 the media philosopher and theoretician Paul Virilio from Paris states his position on the development of news reporting since the 18th century and details his evaluation of the role of art and the written word in the age of electronics.

Rudolf Schmitz, a freelance art critic in Frankfurt, reacts to Virilio's ideas with considerations about the possible role of the print medium, the daily newspaper, as a vehicle for artistic messages.