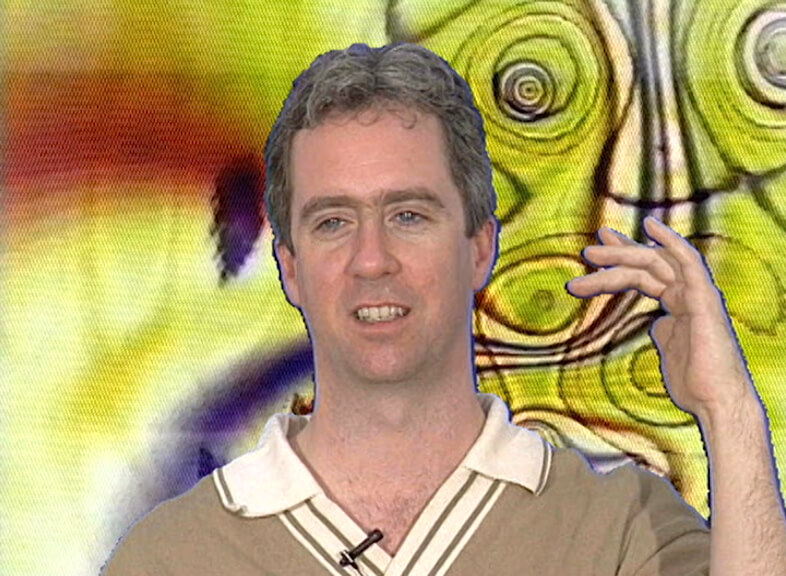 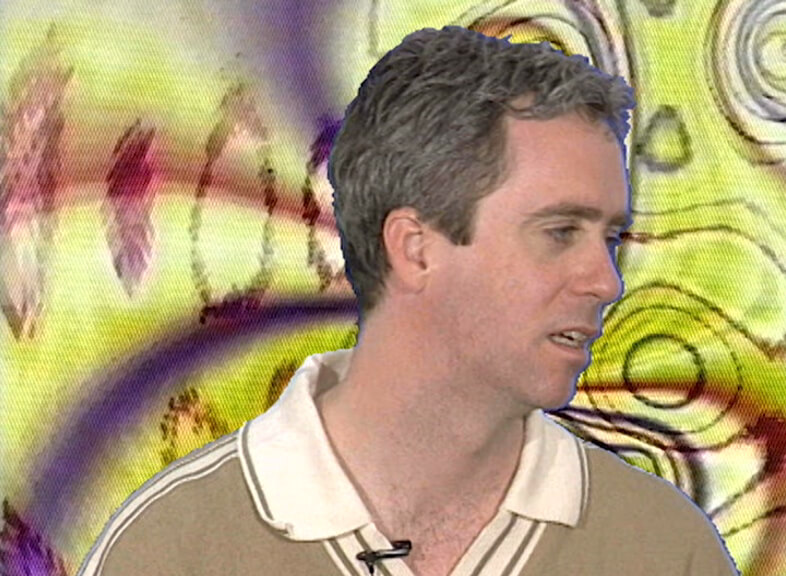 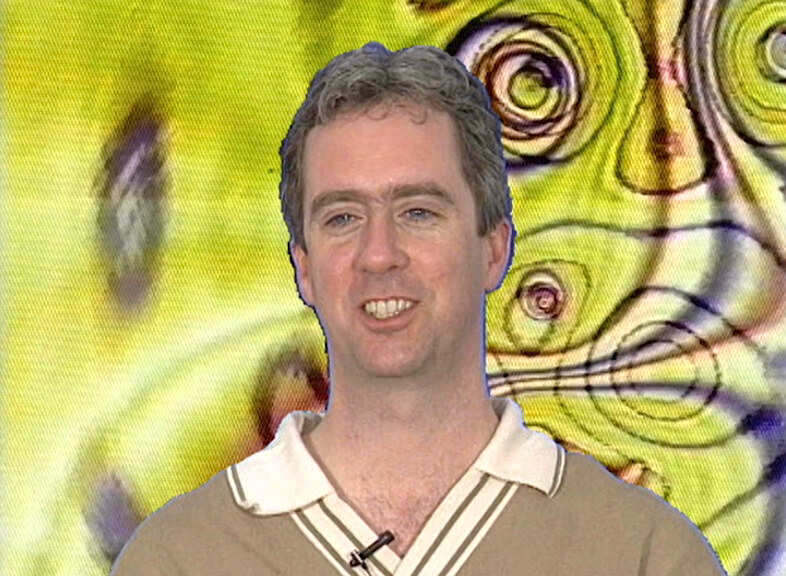 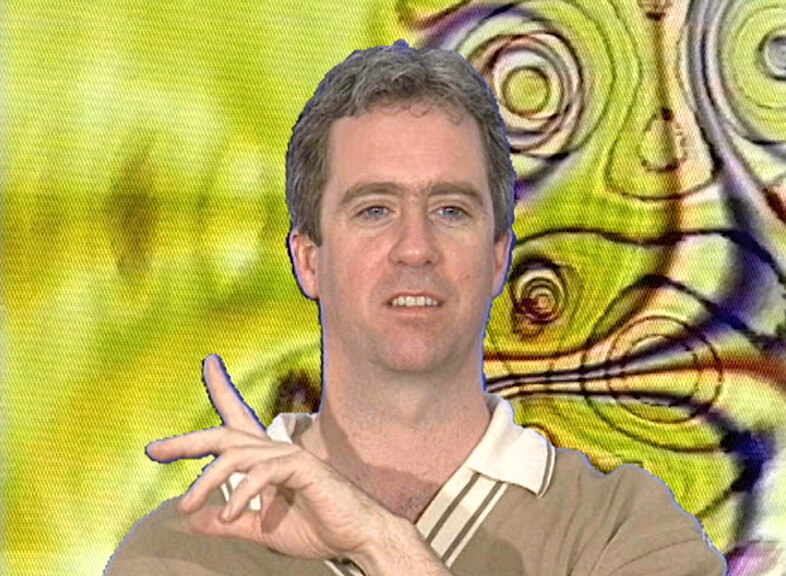 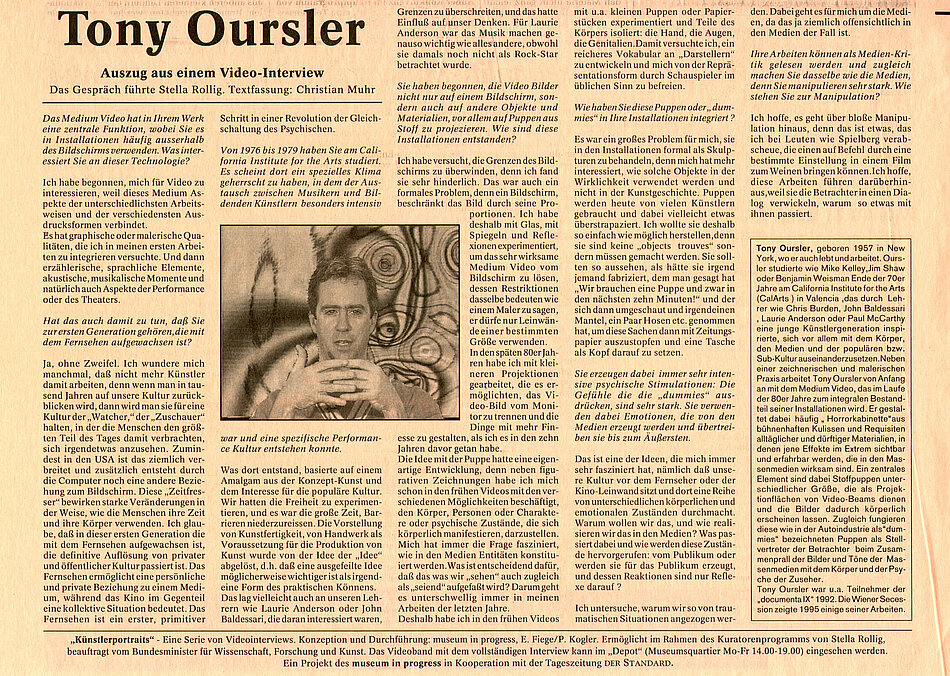 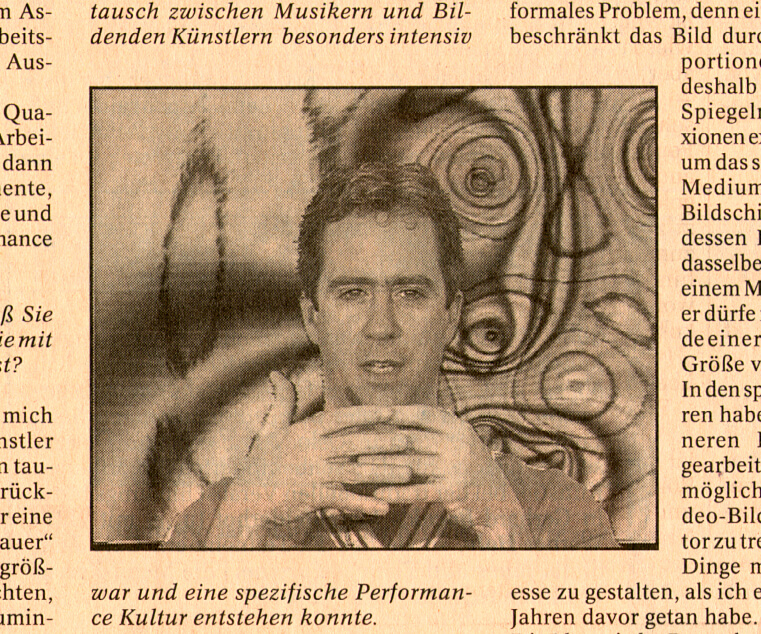 I think, why I became attracted to video to begin with was that here you had this medium that had aspects of many different ways of working, many different media all together in one. You would have like a graphic quality or painting quality – which I was trying to incorporate into that early work – and then certain narratives, broken narratives, language, sonic elements, musical elements and of course performative, theatrical elements; and later that kind of break out in a way from the TV set and back into the world. (Tony Oursler)

The conversation between Tony Oursler and Stella Rollig was held in May 1995.