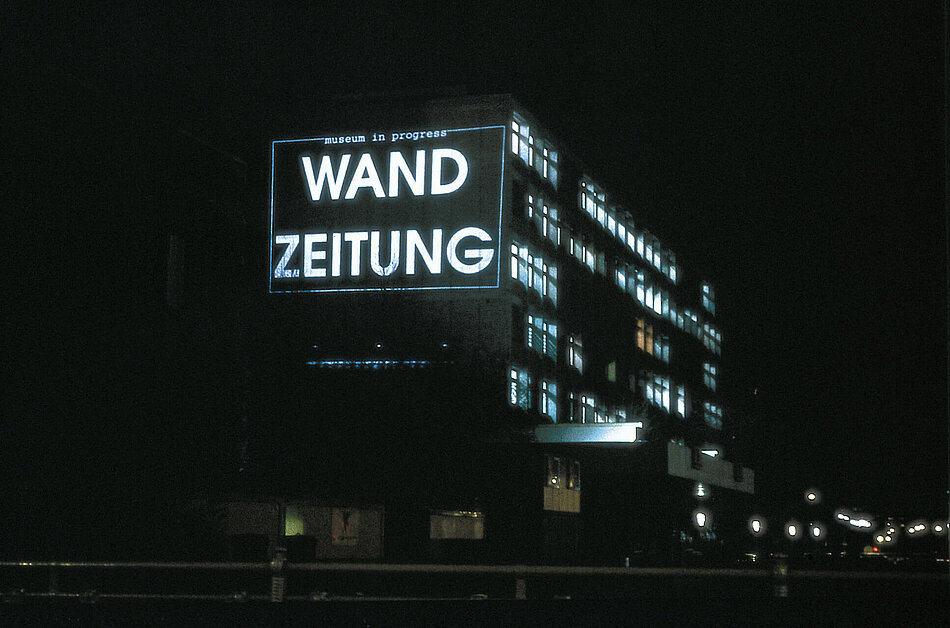 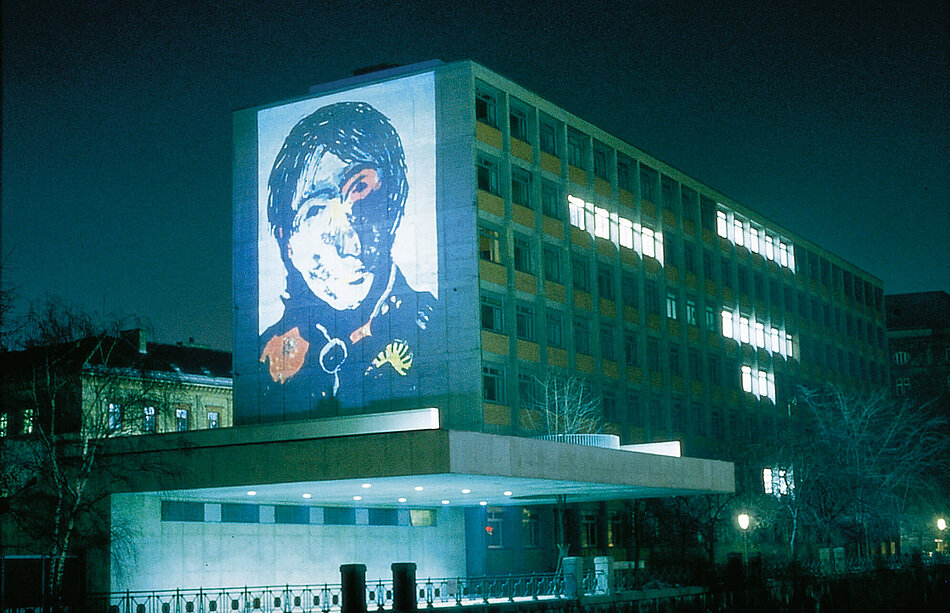 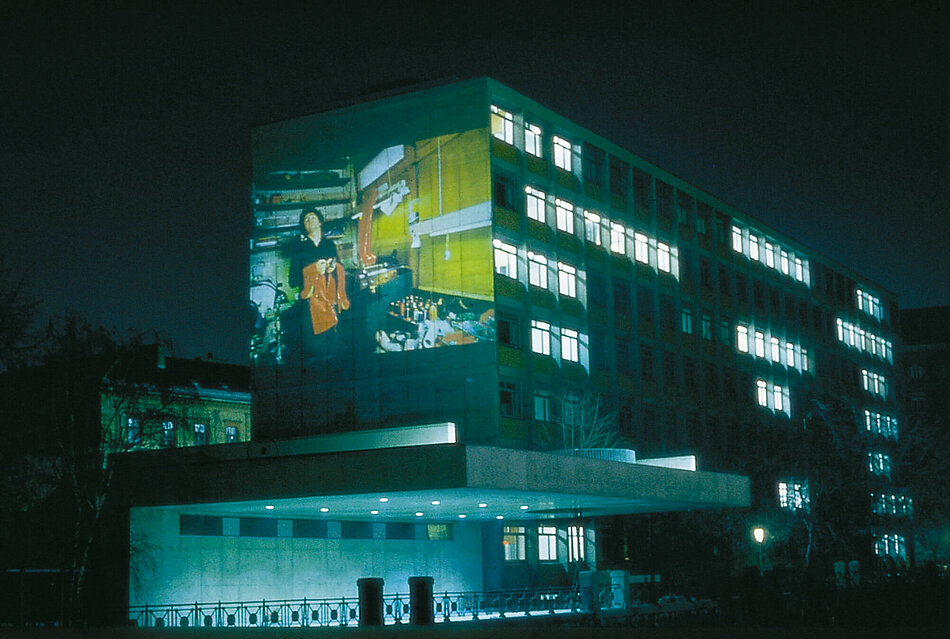 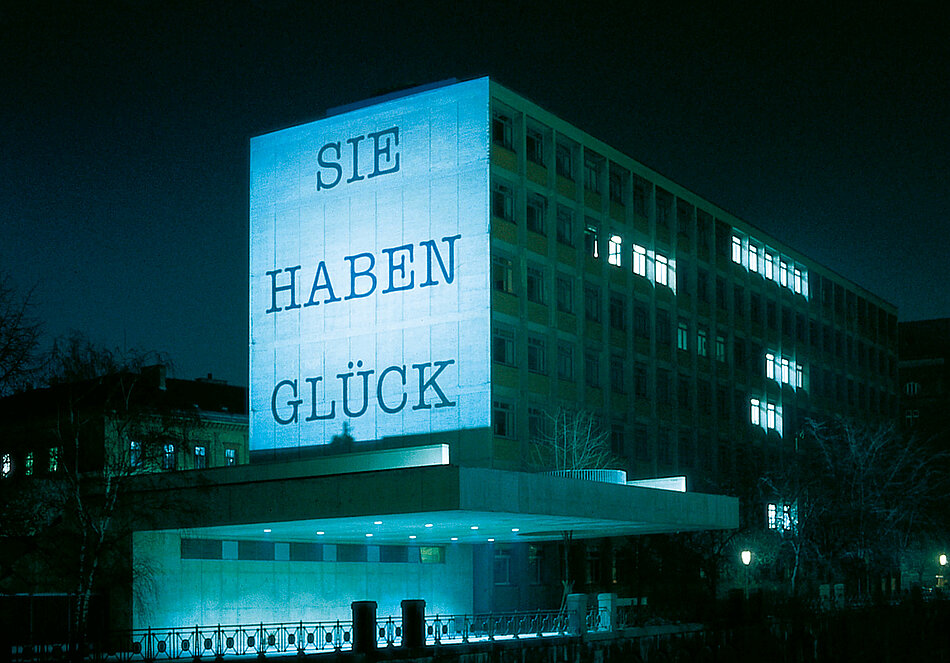 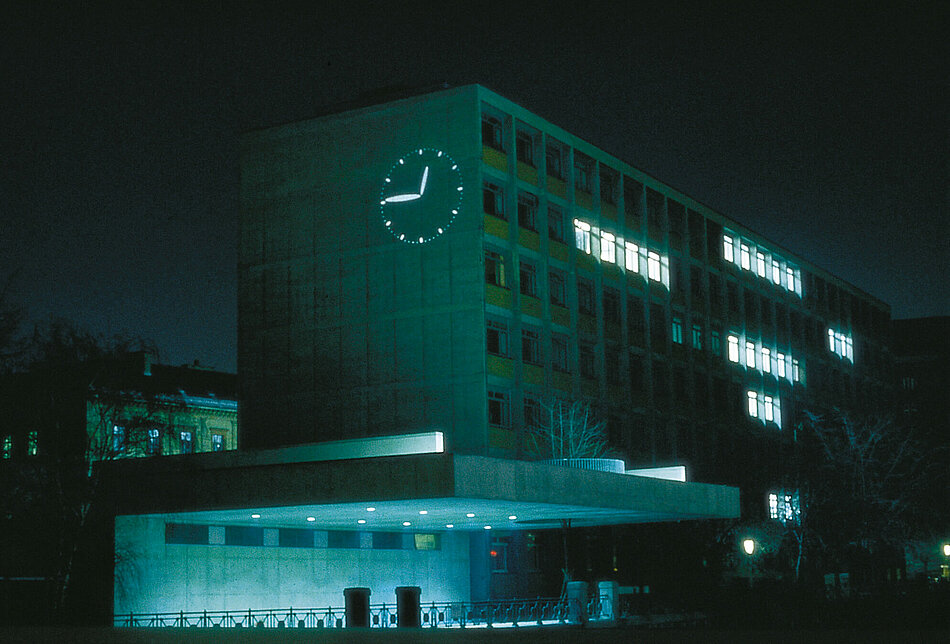 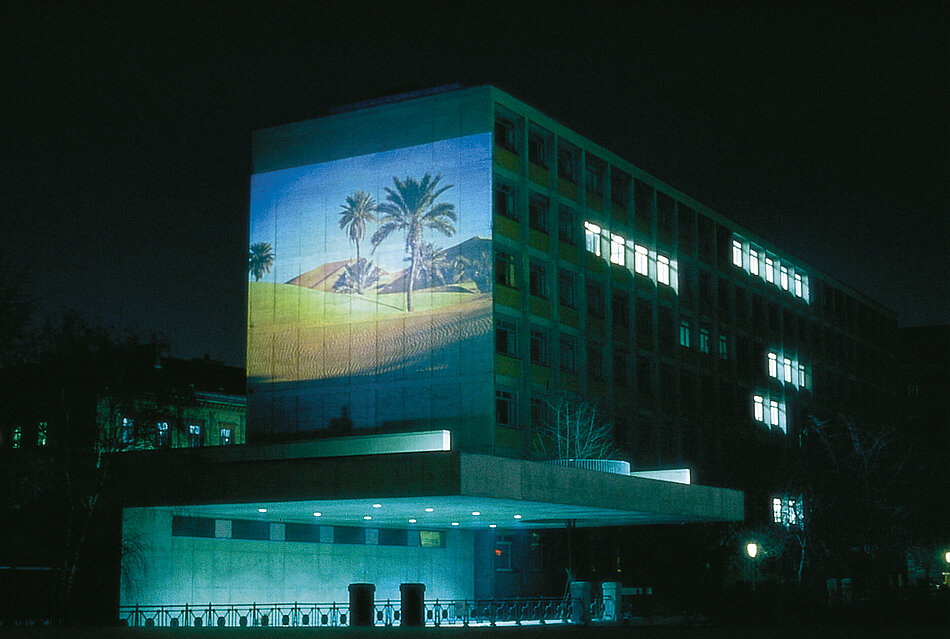 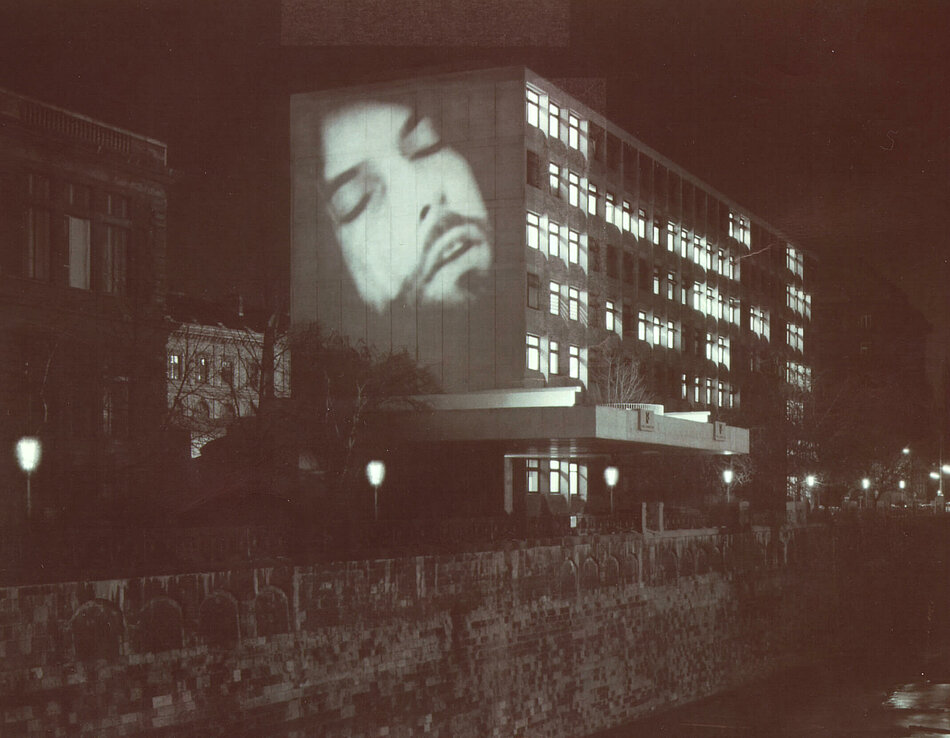 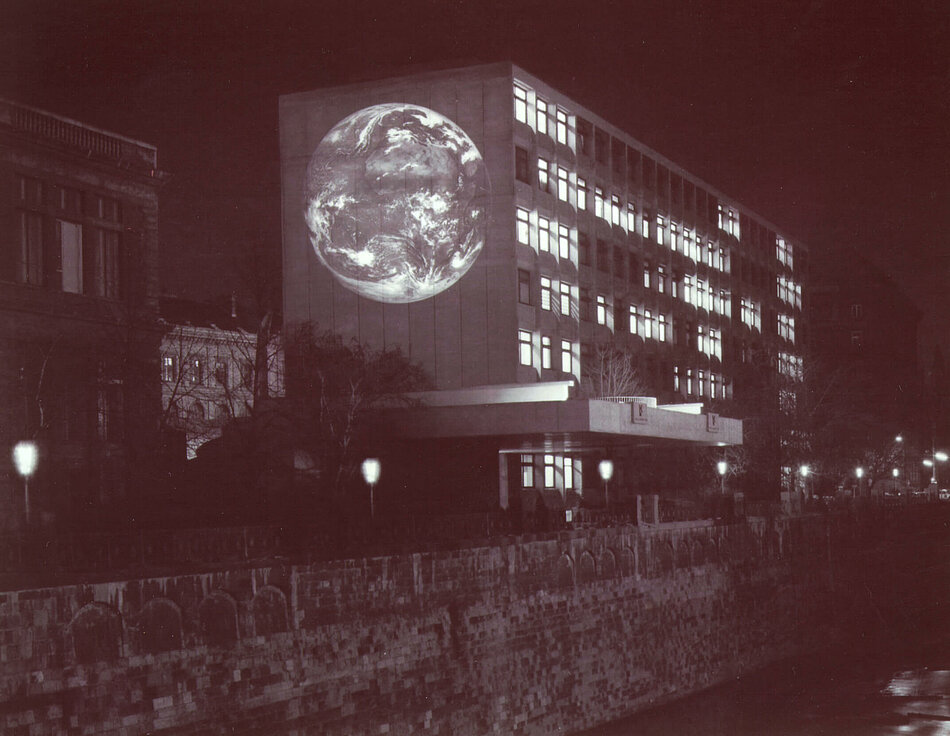 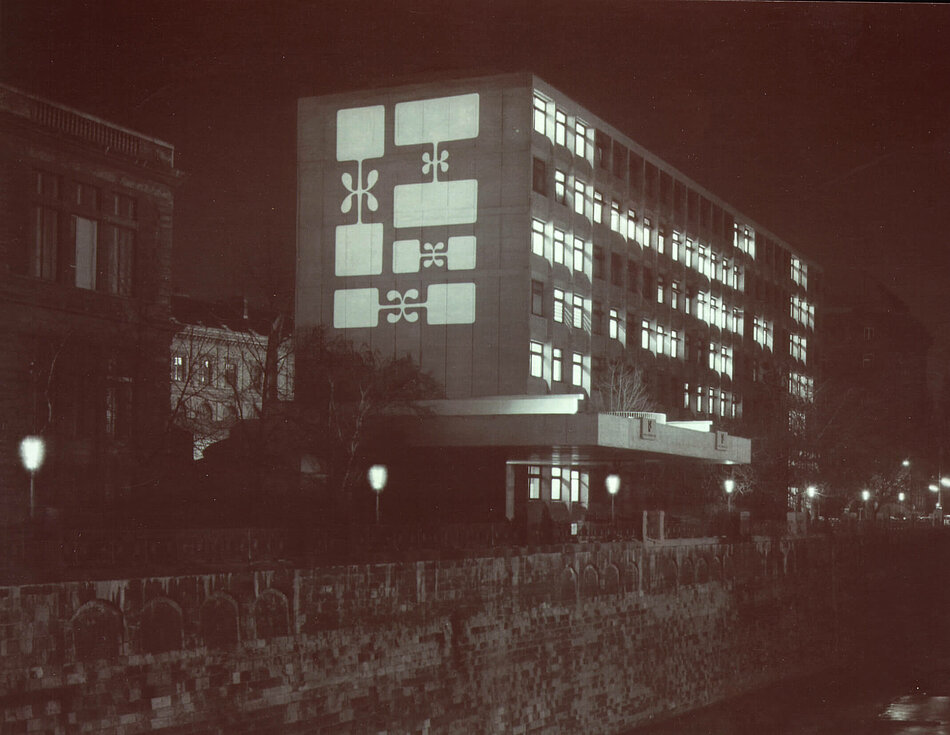 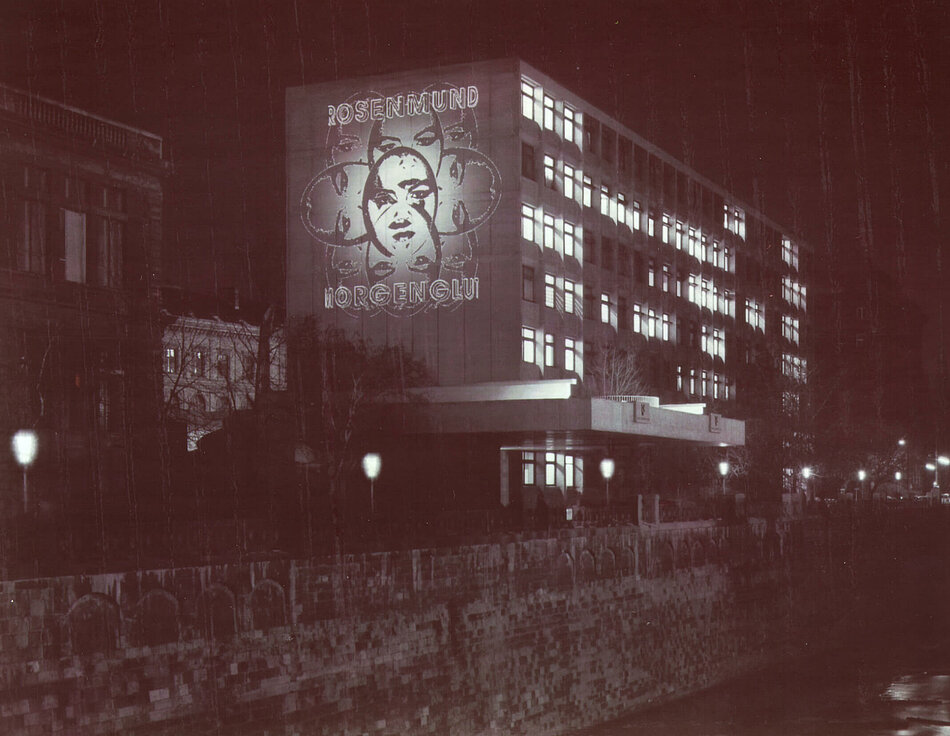 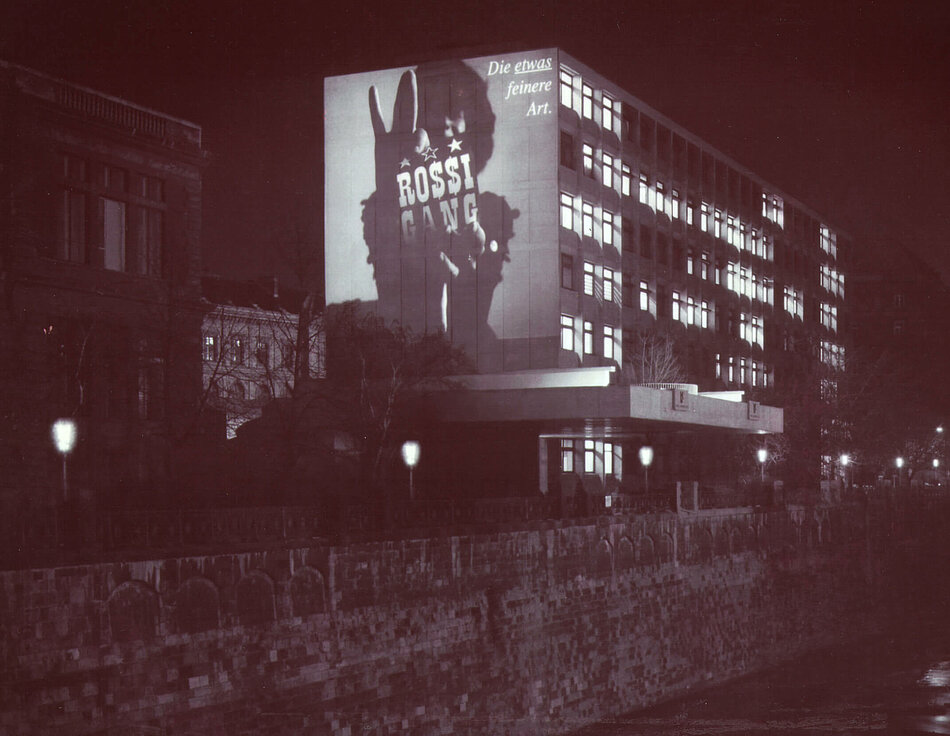 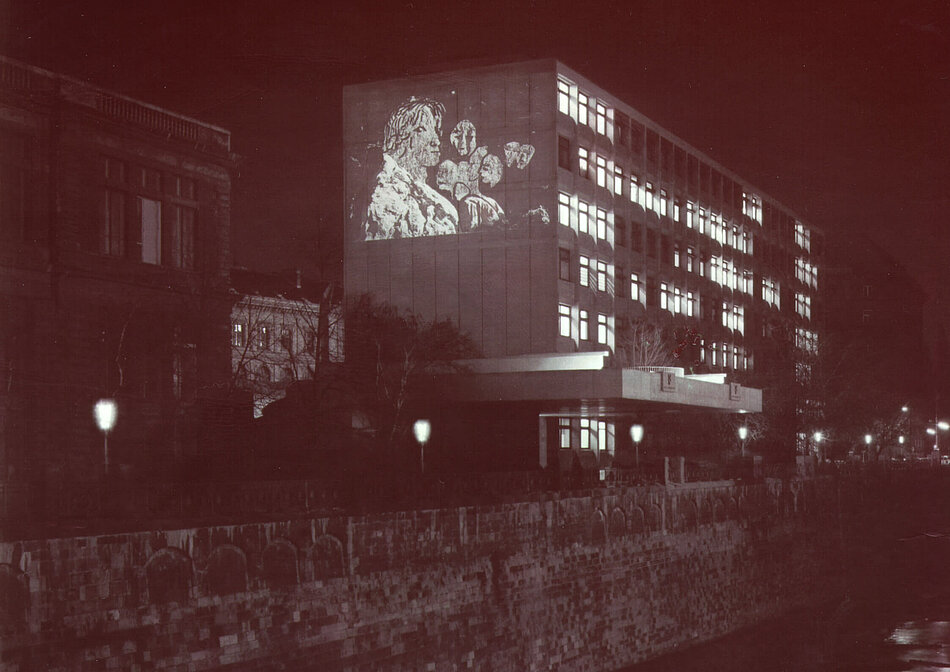 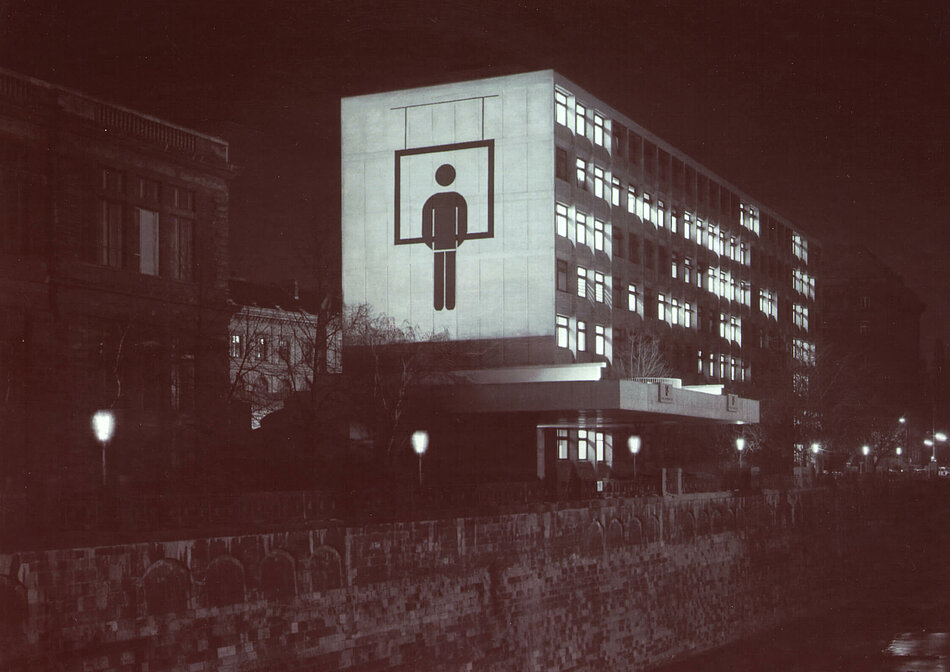 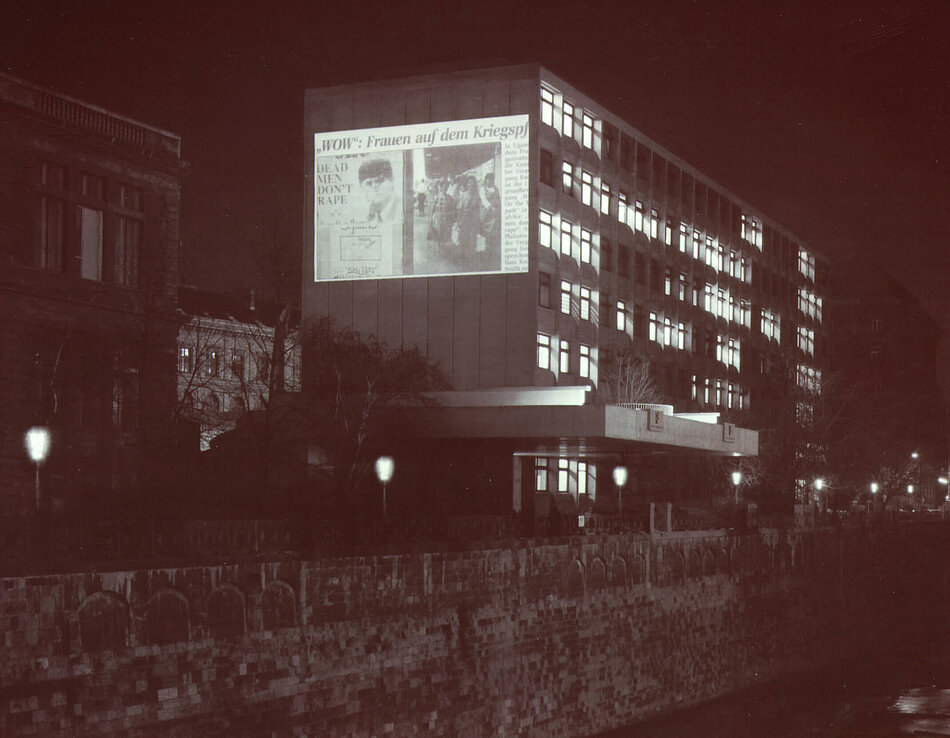 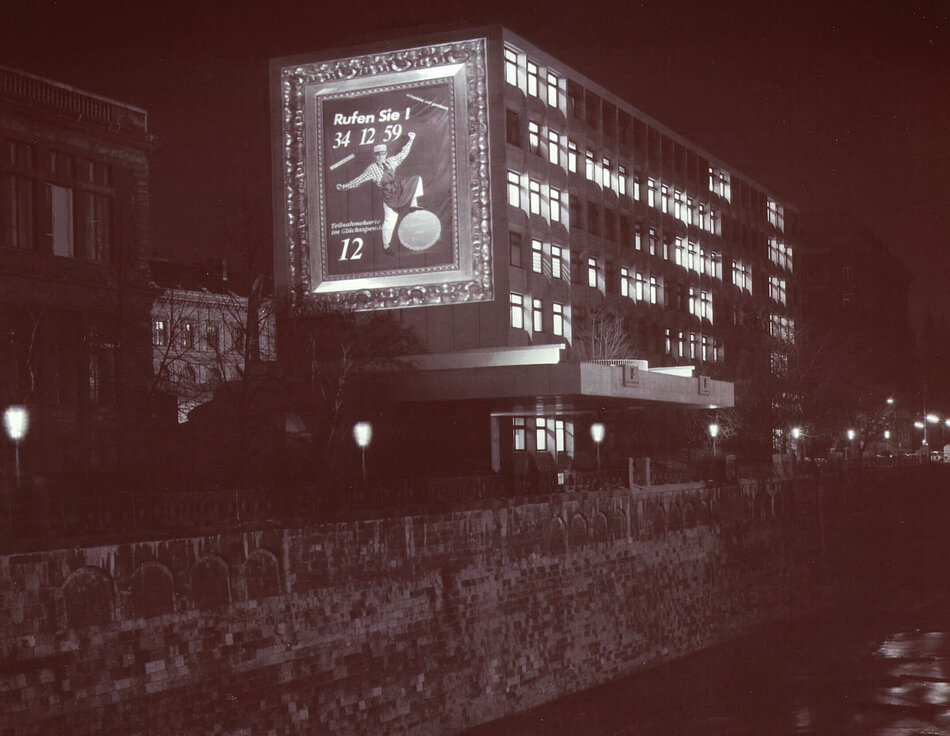 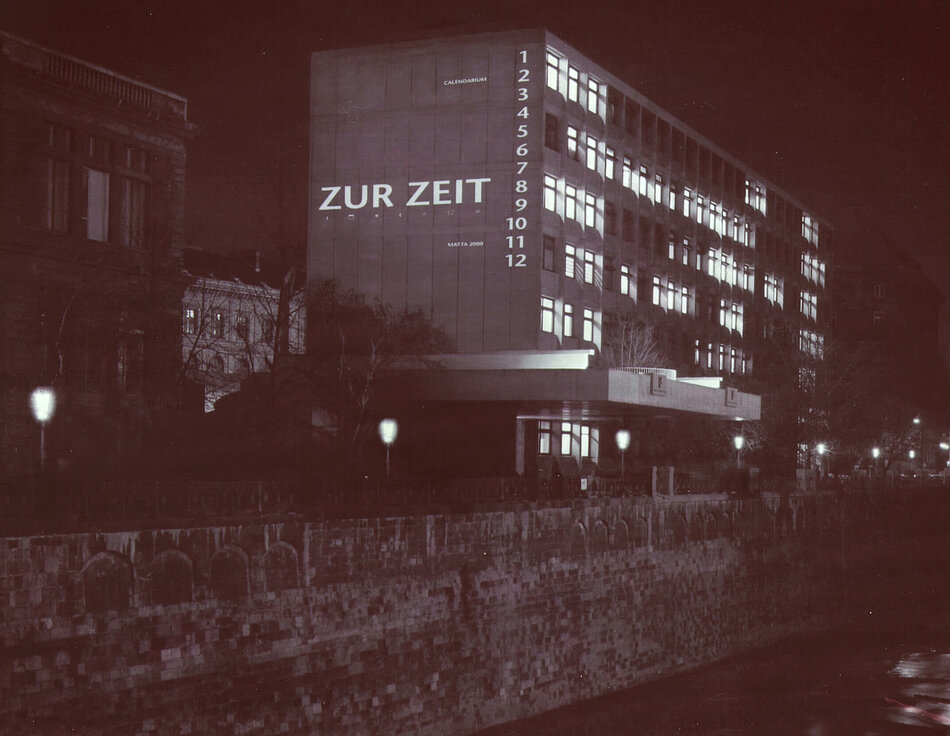 "Newspaper Wall" 1992 consisted of a monthly changing programme, each featuring 15 large-format projections (18m x 18m), which were projected from the roof of the Museum of Applied Art onto a blank wall of the Academy of Fine Art. From January to February and from October to December 1992 projections were shown which students from the Master Class for Graphics (Professor Lürzer) were commissioned to produce by various companies ("Training on the job" programme).

The project was realised in co-operation with the Museum of Applied Art, the newspaper, DER STANDARD and Federal Curator, Robert Fleck (Ministry of Education and Art).