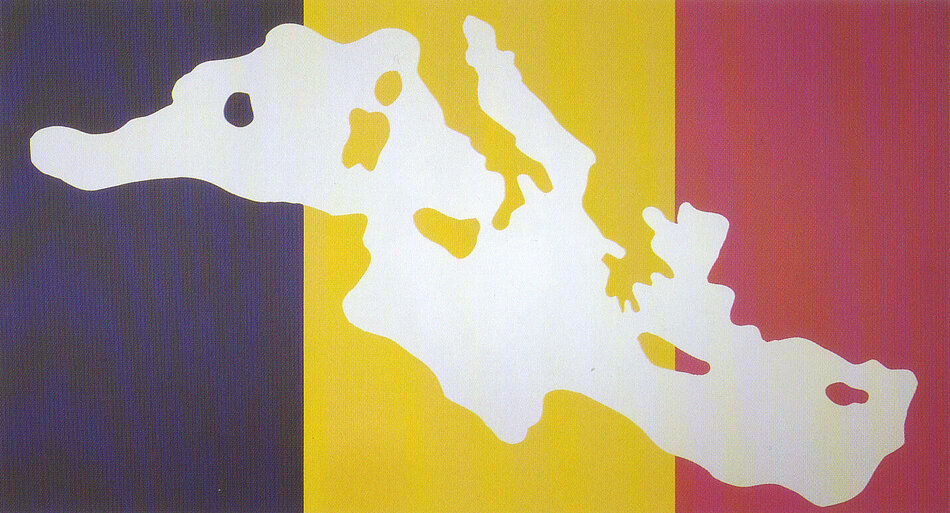 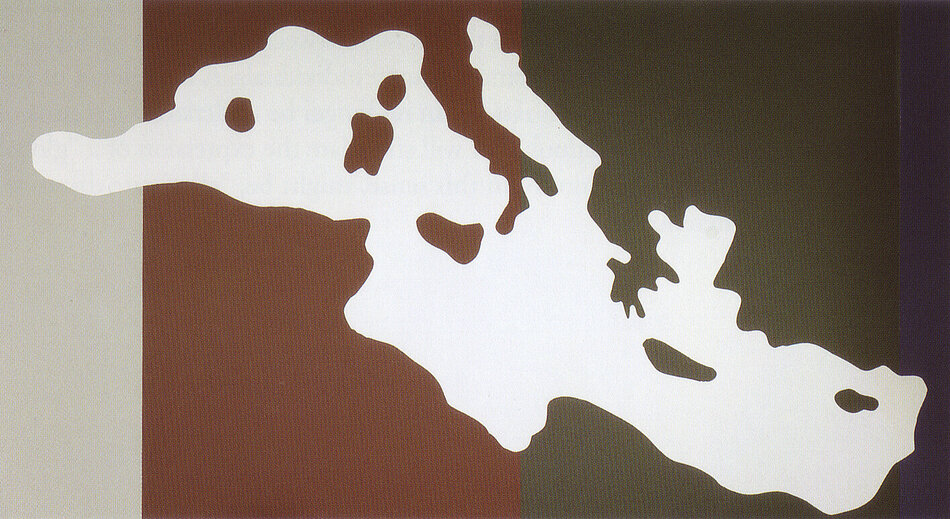 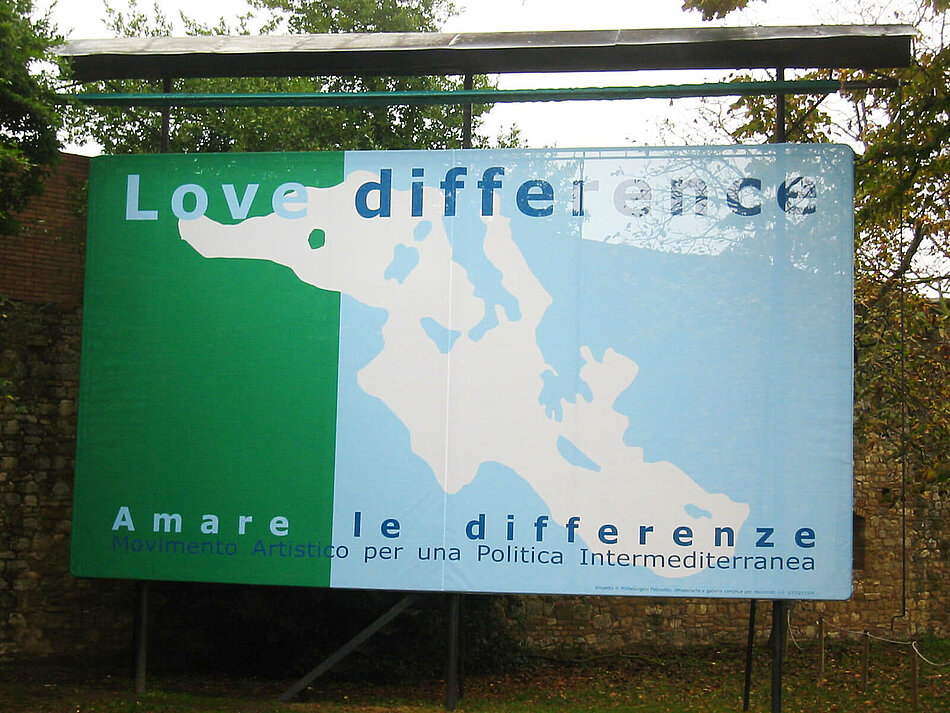 The work presents the Mediterranean Sea as the symbolic epicentre of social transformation towards a new planetary civilization. "Love Difference" is the name of the "Artistic movement for an inter-Mediterranean politic" created by Michelangelo Pistoletto. The work ties in closely with some of the principles found in the Manifesto written by the artist in 1994. "The twentieth century has witnessed an exponential acceleration of scientific an technological progress. Traditional notions of space and time have changed, and humankind has entered a new dimension laid open by imagination and inventiveness. Concurrently, a contrary development has brought significant numbers of living beings to extraordinary levels of social and existential degradation. An immense loss of 'civil' balance has taken place, and an acute contrast has become manifest in the relationship between the rapidity of communication, which has brought the inhabitants of Earth closer together, and the age-old differences that have interposed themselves between one ethnic group and another, creating insurmountable distances among individuals. A basic tenet of the project is the conviction that, a civilization can no longer be understood in therms of clearly defined territories, an outlook that will stimulate the expression of a 'global civilization' is necessary. One motto, in this sense, might be, 'eliminate distances while preserving difference'."