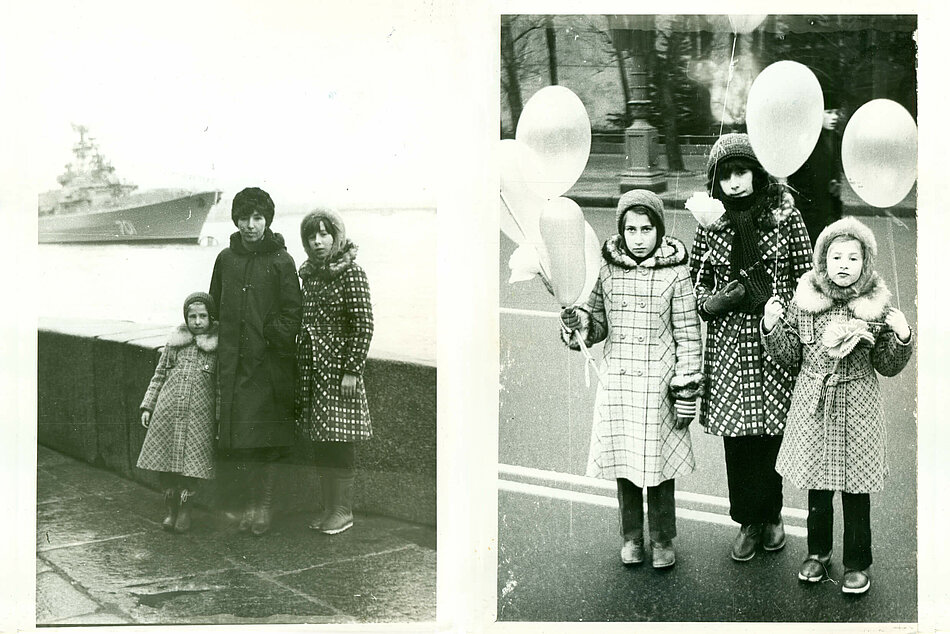 Anna Jermolaewa was born in St. Petersburg (Leningrad) in 1970. Since her escape from the former UdSSR in 1989 the internationally renowned artist has been living and working in Vienna. Her piece for museum in progress’ exhibition series “Layers of Time” in DATUM consists of two family photographs that were taken on 7 November 1981 and 1982. The pictures show Anna Jermolaewa at the age of 11 and 12 years together with her sister and mother respectively a friend, just after visiting the parade which used to take place on the anniversary of the October Revolution’s beginning in 1917.