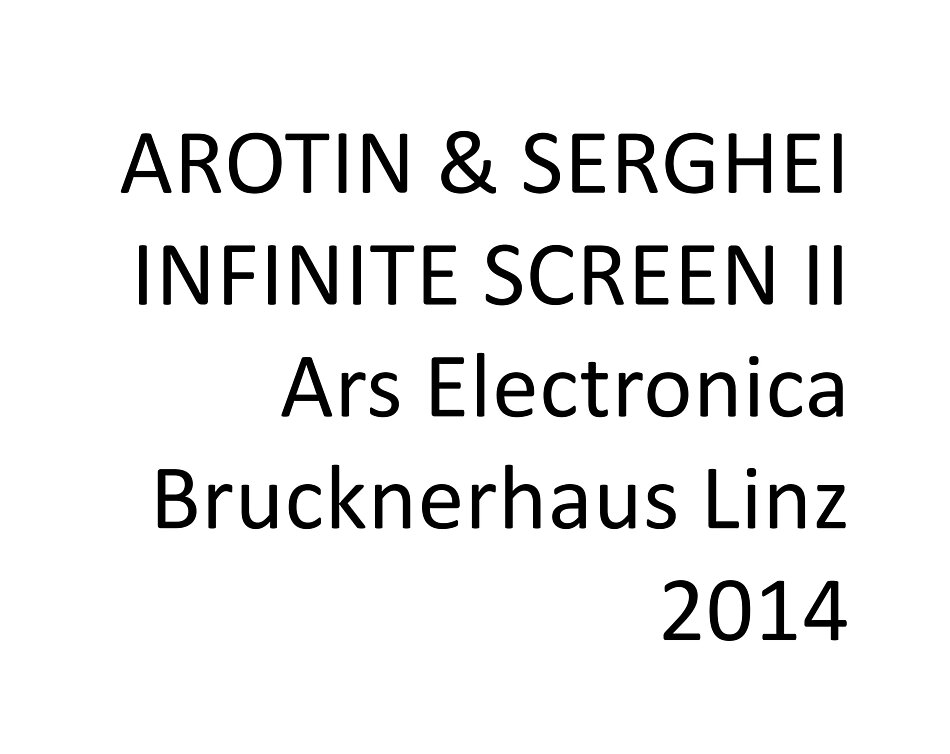 Inspired by Ludwig Wittgenstein's sentence "Everything we see could also be otherwise" (Tractatus Logico Philosophicus 5.634) AROTIN & SERGHEI's projection, which is animated live to the music, questions everything we perceive and focuses on the illusionary surface of images, researching the light impulse inside the hidden alphabet of invisible red, blue and green light pixels which make up all surrounding digital information.

And from 4 September to 29 October 2014 the intermedial painting cycles "Flying Cells", "Blacklight" and "Whitescreen" by AROTIN & SERGHEI are being exhibited in Brucknerhaus Linz in cooperation with Bildrecht. In 2016 the installation INFINITE SCREEN will be continued as work in progress in a public space in Vienna.