The installation INFINITE SCREEN by AROTIN & SERGHEI is a work in progress, which will be realized in several forms, each in a different context. The first part – realised in 2013 at Wiener Konzerthaus in cooperation with Klangforum Wien – was dedicated to the Renaissance artist Andrea Mantegna. In 2014 the second part was presented at the Ars Electonica festival in Brucknerhaus Linz as a homage to Ludwig Wittgenstein.

The installation "Faces of an Infinite Screen – My West is your East", two radar projections rotating simultaneously to a sound installation based on Bach's "The Art of Fugue", was shown at Gujral Foundation in Palazzo Benzon in Venice from 30 September until 2 October 2015 as part of the official collateral exhibition "My East is your West" of the 56th Venice Biennale.

In 2015 the installation "Infinite Screen I" was presented as a cross-disciplinary project at the opening of the Venice Biennale's official music program at Teatro alle Tese in Arsenale. During its premiere in Italy it was animated live as a "large video-musical fresco in three parts" (Ivan Fedele) in cooperation with Klangforum Wien and with the music "Parole di Settembre" by the composer Aureliano Cattaneo.

In April 2016the exhibition "Light Impulse" was being shown at Espace Muraille in Geneva and included the long term project INFINITE SCREEN.

The installation "INFINITE SCREEN – The Babel Tower" by AROTIN & SERGHEI was being presented from 22 September until 19 October 2016 as a large-scale image projection (1200 sq m) on the main façade of the Kunsthistorisches Museum Vienna to mark the 125th anniversary of the museum. Hereby one of its most famous pictures, the Tower of Babel by Pieter Brueghel the Elder, served as the basis for continuous transformations of sound and images. There were also other references to pictures and objects in the KHM collection. The visual level was supplemented by a sound installation composed by AROTIN & SERGHEI, which contained human and electronic voices and circular elements of Franz Schubert's works and Unfinished Symphony (Mikhail Rudy, piano).

Corresponding to the installation at the Kunsthistorisches Museum the exhibition „LIGHT CELLS – intermedial painting“ was shown at the auction house Artcurial (Rudolfsplatz 3, 1010 Vienna) from 22 September until 30 October 2016. In it AROTIN & SERGHEI presented art works which are related to the installation at KHM. 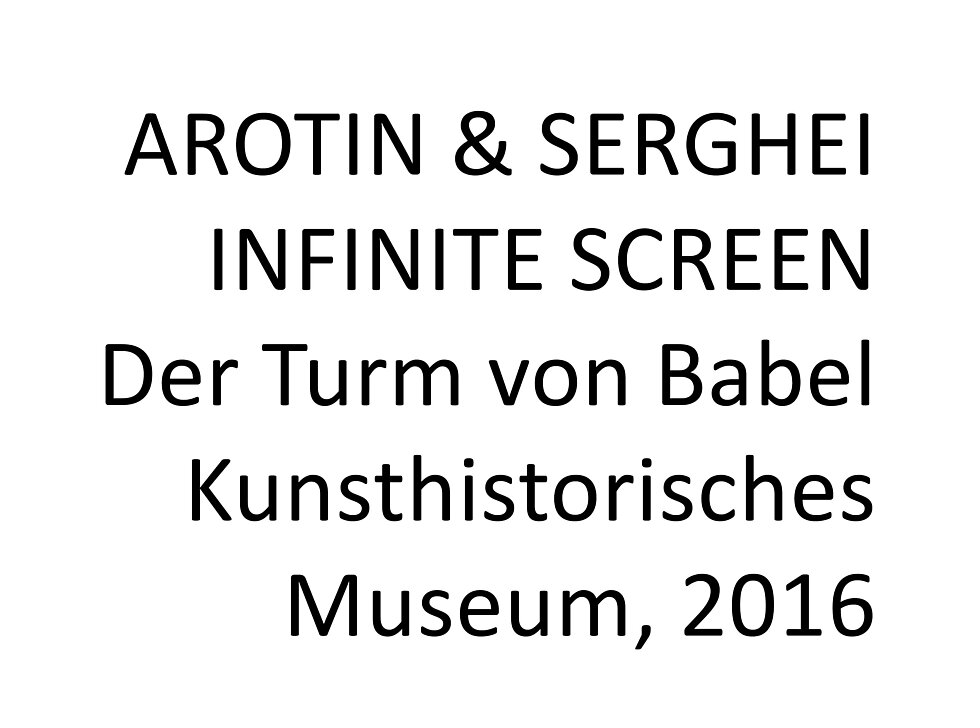 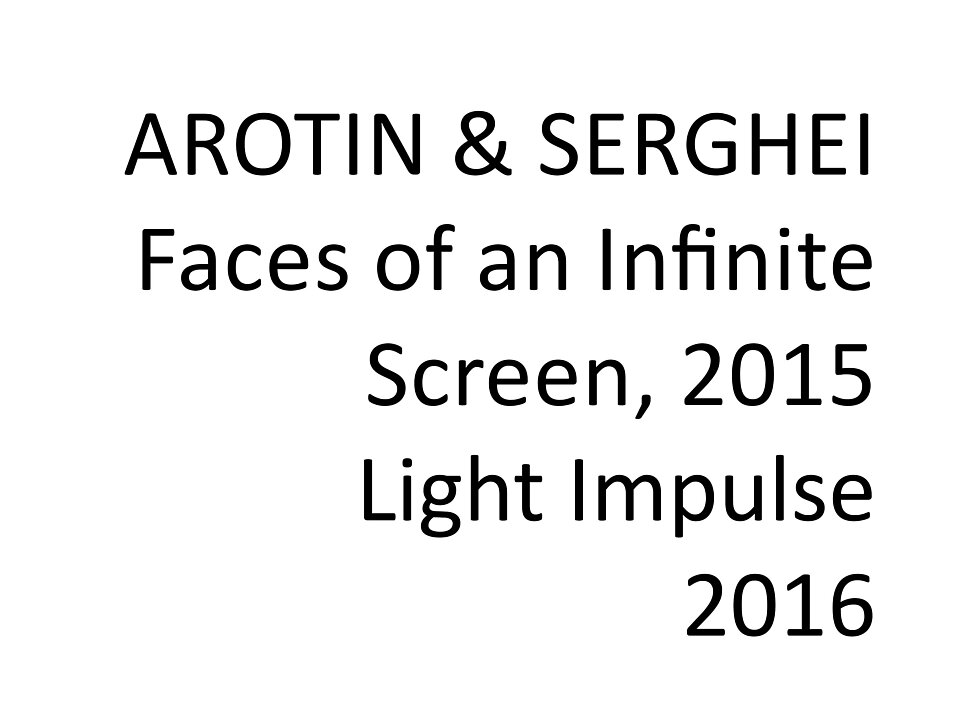 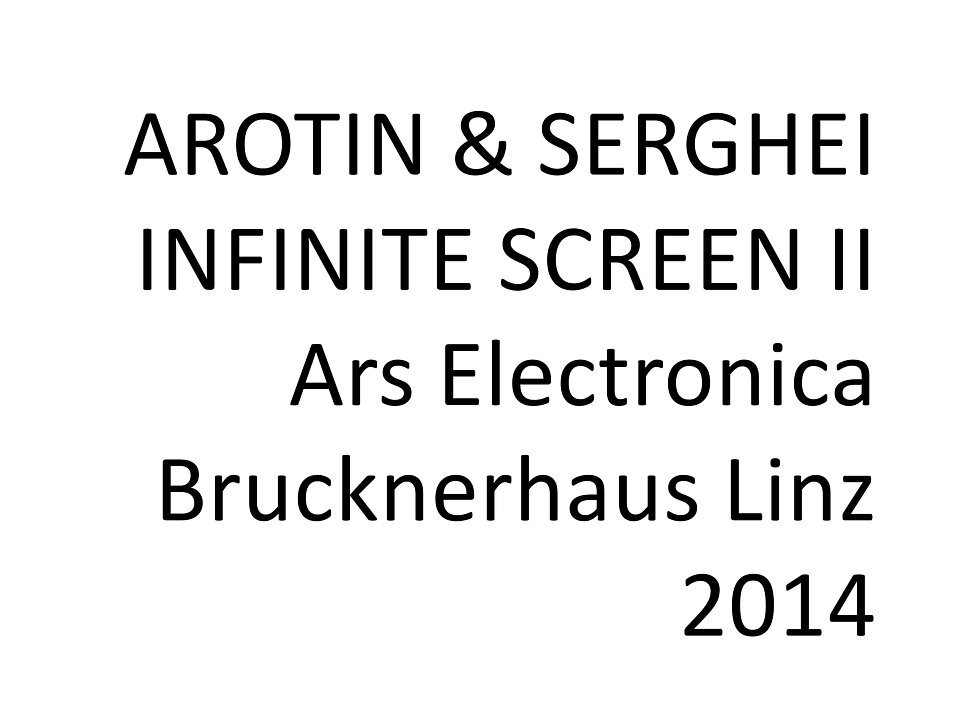 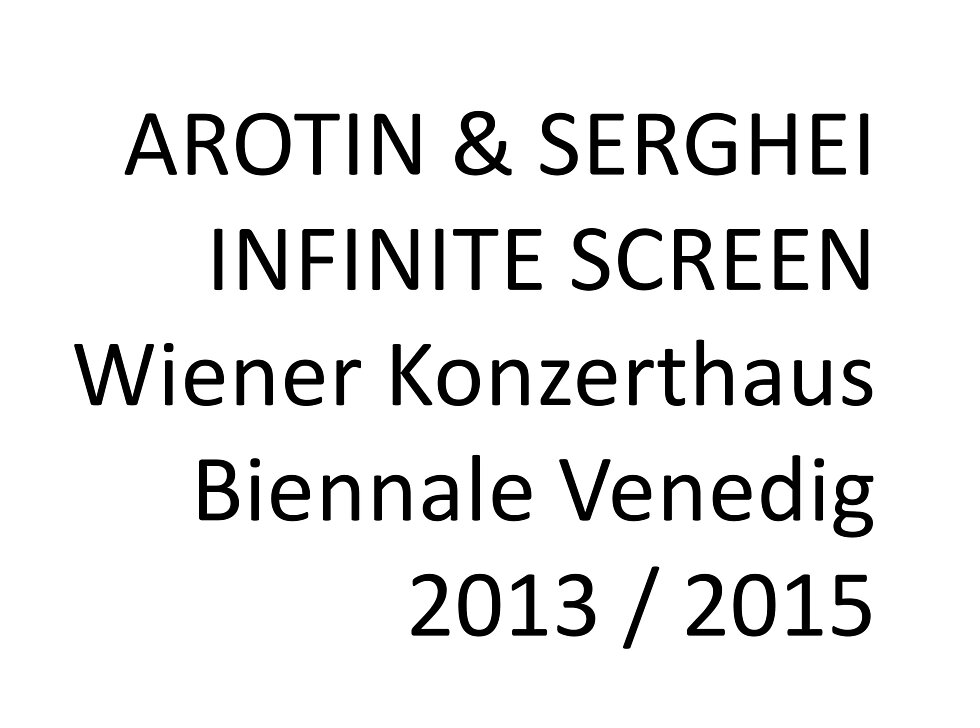