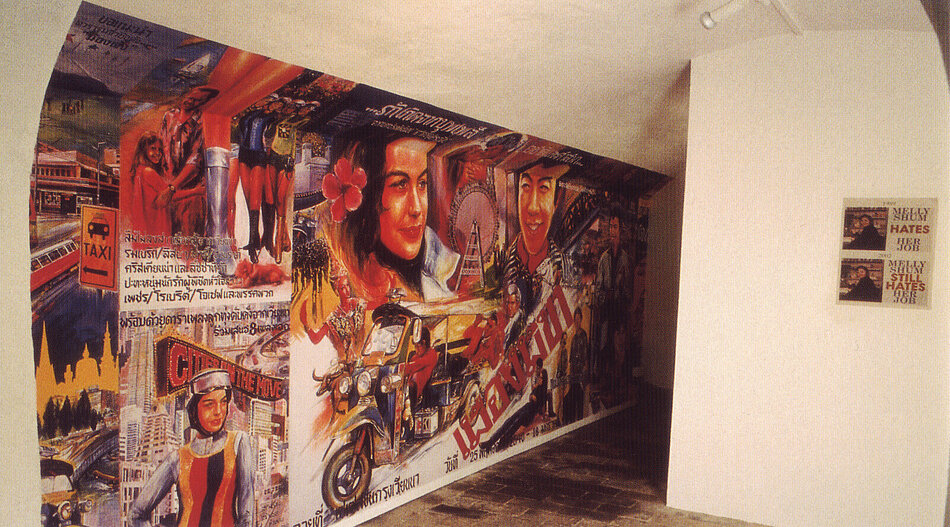 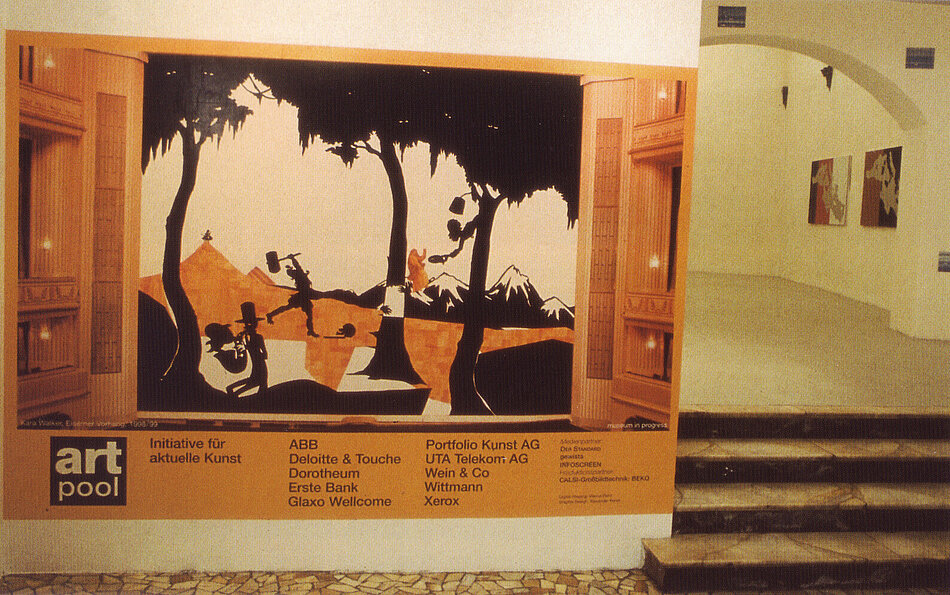 "museum in progress (artistic association founded in Vienna in 1990) is concerned with the changing ways in which art is brought before the public and has developed innovative models for co-operation between business, art and media. What all the mip projects have in common is that the art works are conceived of and realized specifically for the media and appear for brief periods on or in different means of communication. Through co-operation with media organizations such as Der Standard (Austrian newspaper), Gewista (a billboard advertising company) and ORF Kultur (cultural department of Austrian national TV and radio), mip projects take place almost exclusively in media space such as daily newspapers, weekly magazines, on billboards, on the facades of buildings, on television or on internet, bringing art in daily life. In addition, the museum in progress label also transforms other space in the public sphere into museum space, such as the safety curtain of the Vienna State Opera House or the in-flight magazine of Austrian Airlines."