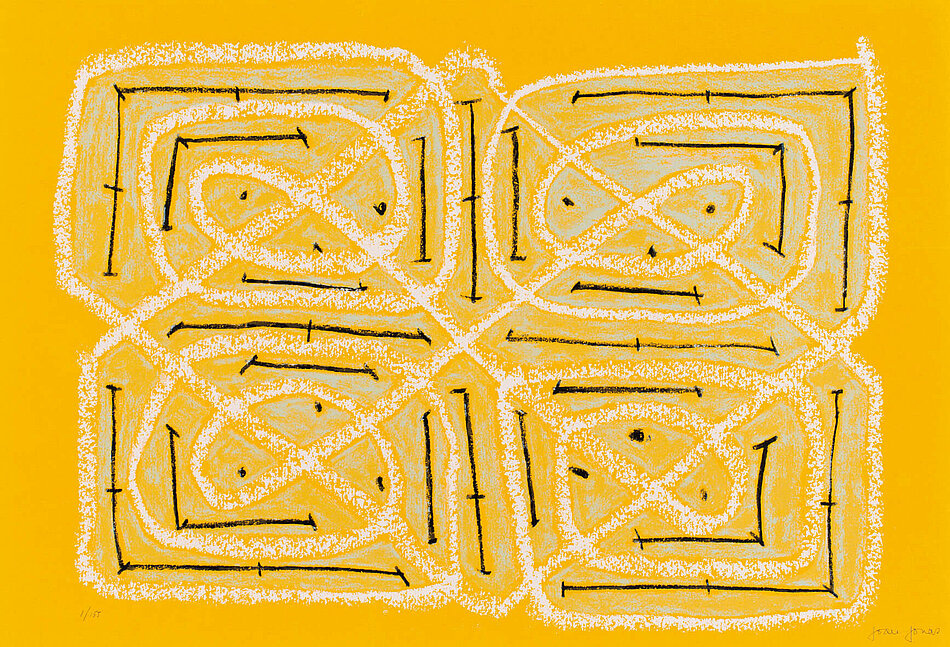 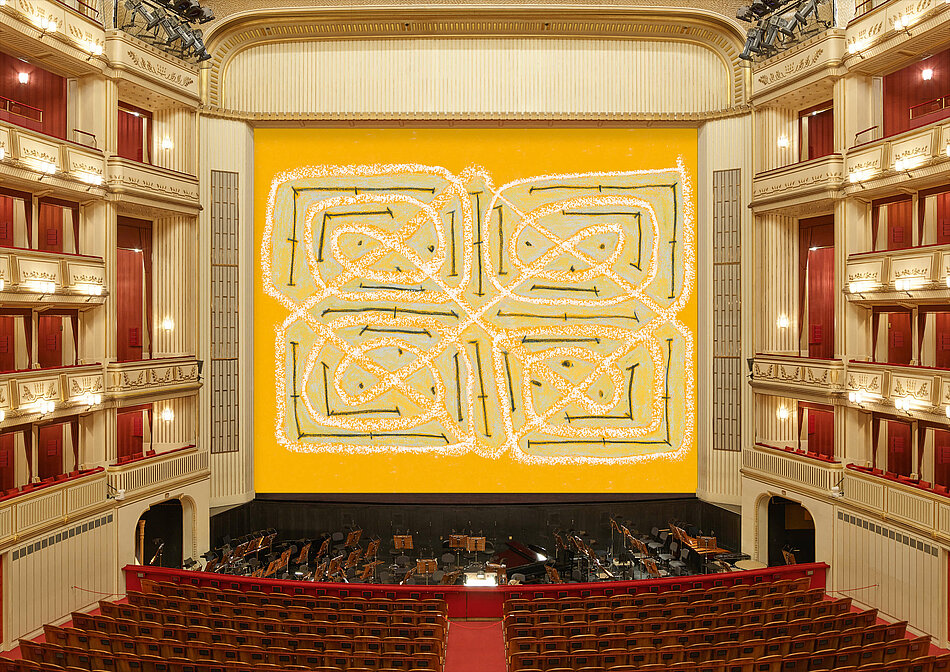 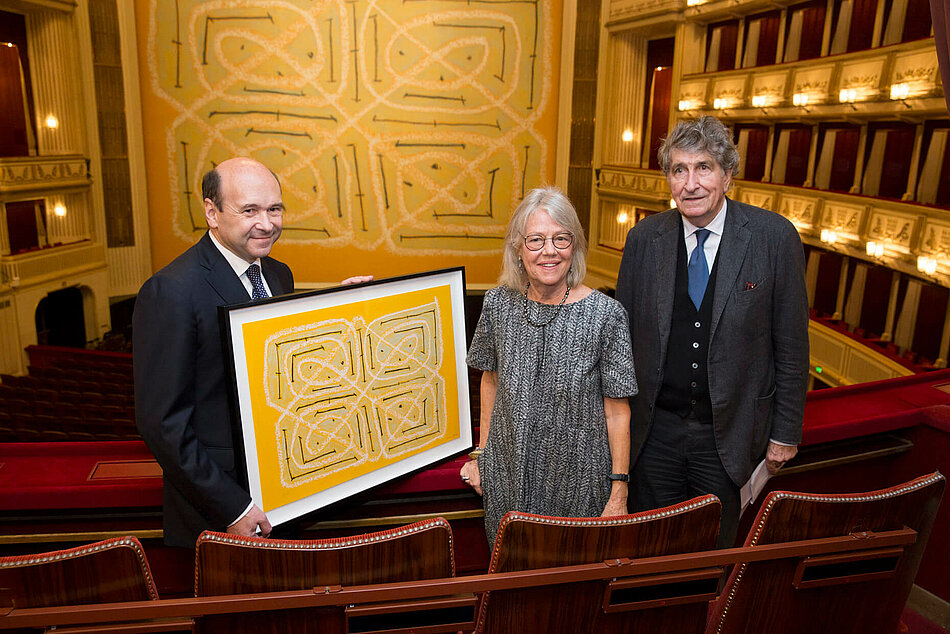 Director Dominique Meyer, Prof. Kathrin Messner and DI Günter Rhomberg with a copy of the special edition of Joan Jonas in front of her "Safety Curtain"
Photo: Andreas Scheiblecker

The American artist Joan Jonas (born 1936) is one of the most important contemporary artists. In 2015 she officially represents the United States in its national pavilion at the Venice Biennale.

The Vienna State Opera and museum in progress are pleased to present an exclusive signed and numbered silkscreen to mark the artist's design of the Safety Curtain 2014/15. The purchase of this limited art edition will help to continue the exhibition in the Vienna State Opera launched in 1998.

Joan Jonas' image has been presented at a festive press conference on Friday, 14 November 2014 in the Vienna State Opera and it was exhibited until the end of June 2015.