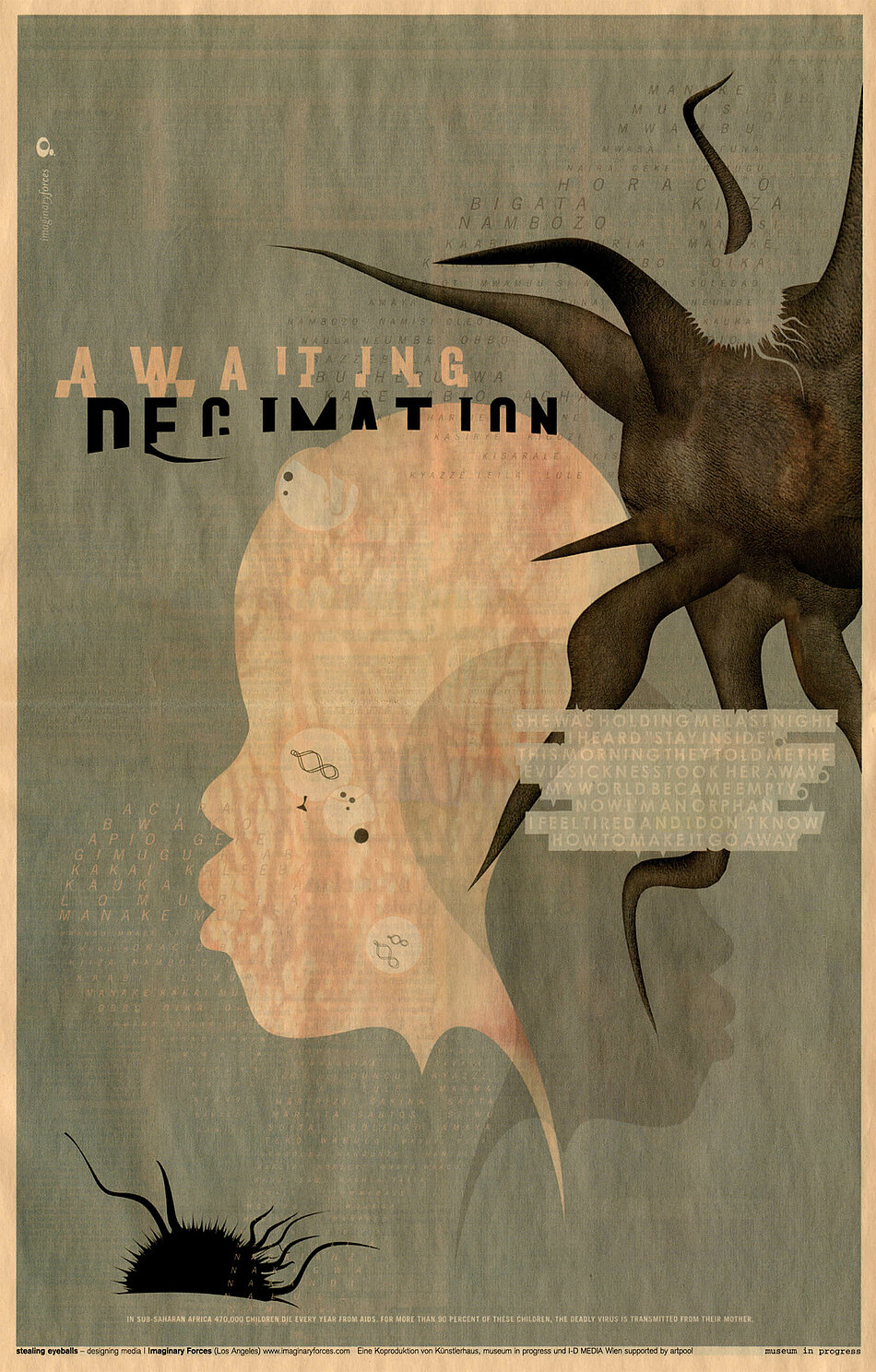 Imaginary Forces (founded in 1996) work in all branches of media design. The production of film titles, though a mere 20 percent of their output, is the main speciality of the multidisciplinary team of 80 people, based in Hollywood. Creative Director Kyle Cooper studied under the legendary designer Paul Rand and his background in graphic design and the resulting narrative potential of the film-titles genre was particularly evident in one of his early projects in 1995: the opening credits for David Fincher's film Seven, which were so successful that the two minutes of titles nearly won more acclaim than the feature itself.

In spite of their unmistakable penchant for dark, radical and dramatic accents, Imaginary Forces cannot be said to have a characteristic style: their creative vocabulary ranges from hand-written scribbles to the racing kinetics of typography which accelerate writing to a point verging on pure abstraction. The basic credo of Imaginary Forces, given their enjoyment of dramatic image-typeface constellations, is: "Break away from modernism". The team professes interest not only in semantic components but also in the physicality and figures which are created by the script as a notation system. Typography and choreography enter into a new relationship by working with the stasis and sequentiality of writing.

The focus lies on the narrative dimension, rather than merely demonstrating a growing arsenal of special effects. With the current options of moving typeface, compressed short stories can be told, which both transport the content of the film and provide an independent commentary upon this. The Imaginary Forces productions not only continue in the historic tradition of Saul Bass (The Man with the Golden Arm by Otto Preminger, 1955, or Vertigo by Alfred Hitchcock, 1958) but have brought the role of designers in cinema to the fore. Designers such as Imaginary Forces are not only involved in film production from the earliest stages but also become directors themselves of complex text-image narration. It is thus not surprising that their contributions have led to a renaissance in the art of film-titling and have gone on to influence the entire multimedia field.