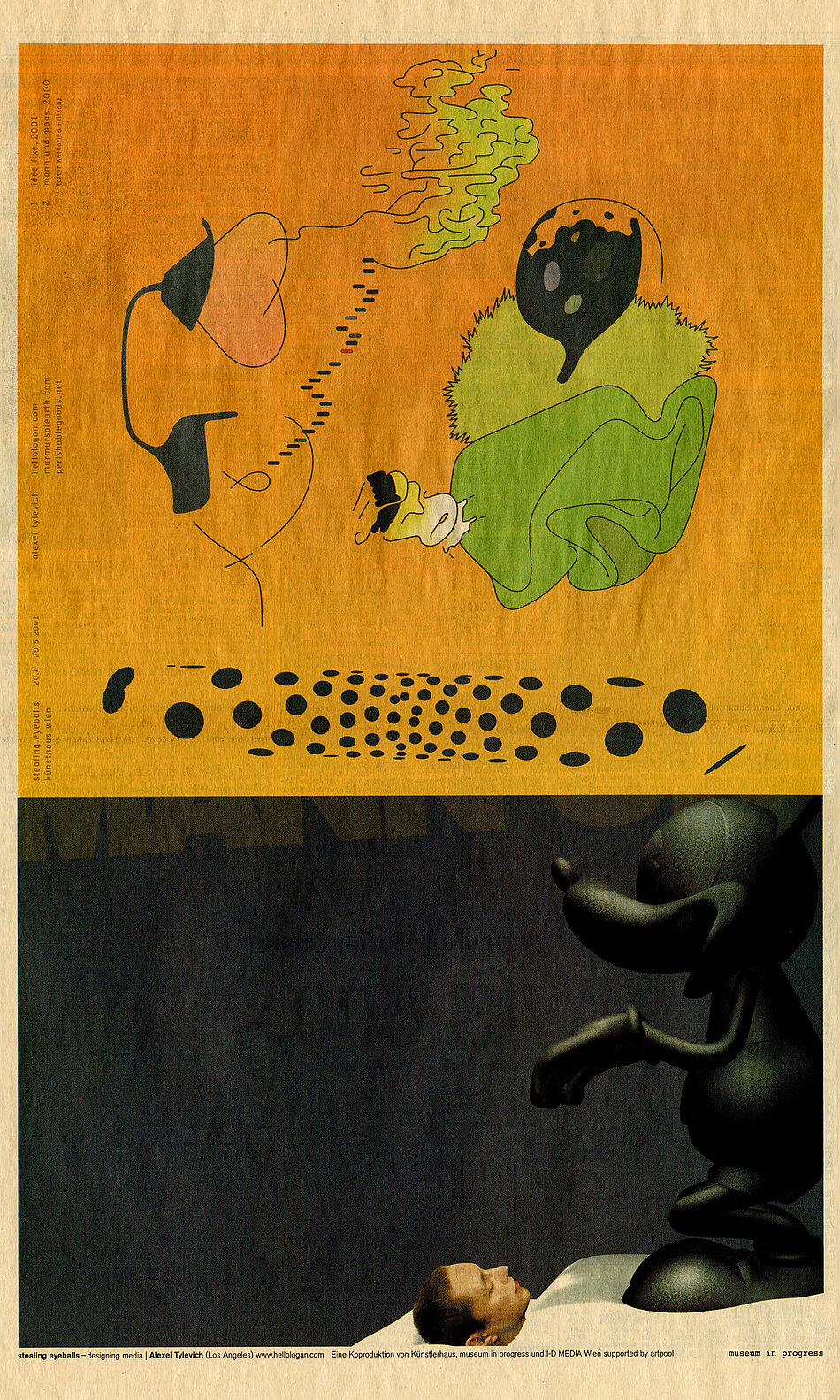 Although barely 30 years old, Alexei Tylevich already has an impressive biography, proof of his productivity and versatility in the field of design as a print and font designer, developing package design as well as high-end computer animation, interactive kiosks and new broadcasting formats for the Internet. His areas of expertise are in fact temporal media such as TV and film, in which he is deeply involved in Los Angeles. Tylevich has come to enjoy the commercial atmosphere there, although as a native Belorussian he found it difficult at first and has retained a certain distance as a result.

Following his graduation from the Minneapolis College of Art and an internship with Scott and Laurie Makela, Tylevich became art director of the high-school Channel One News in 1996. In order to gain the attention of a young audience, he needed to develop a suggestive, metamorphosing design language, which nonetheless precisely transported the broadcast information. Tylevich met this challenge with a vital, often explosive mixture of contrasting visuals, such as modernist fonts, scientific illustrations and experimental 1970ies films. This array of choices and the resulting visual energy earned Channel One News a reputation not only for being innovative and willing to take risks, but for being even more influential than MTV. Tylevich's designs are synthetic, mixing and overlaying visual sources and heterogeneous motifs, as well as being analytical in their content. With his precise use of subversive and sinister image-text dramaturgy, he succeeds in getting under the skin of the mass media that employ him, countering their conformist content through his designs and aided no doubt by his early experiences of censored media.

In addition to winning numerous prominent contracts, such as designing the trailer for the 1997 James Bond film Tomorrow never dies and graphic-based advertising clips, this dedicated freelancer recently founded his own design and production company Logan to allow him to balance his commercial workload with experimental projects.