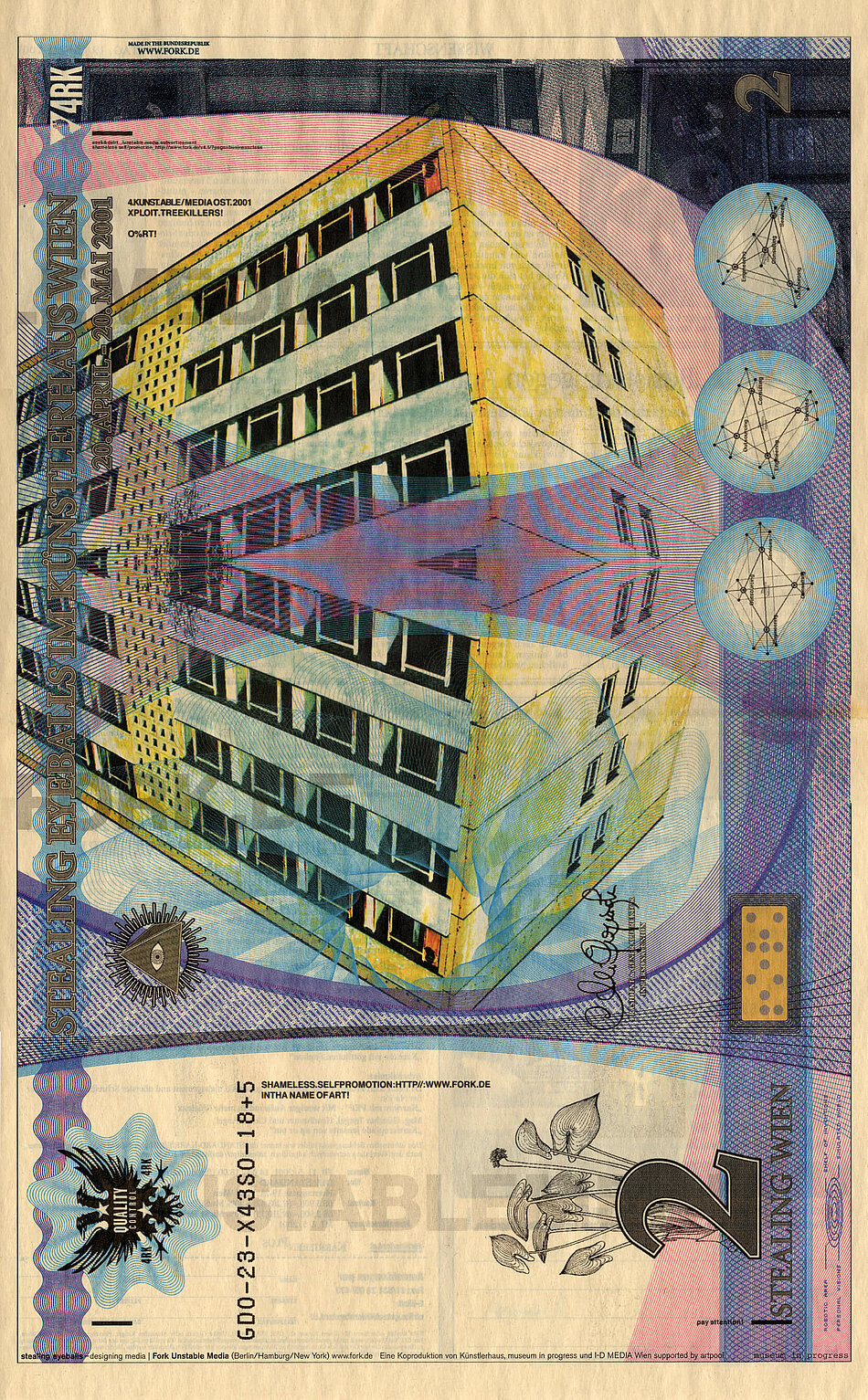 Fork Unstable Media was founded 1996 by three designers, two American and one German, while studying in Hamburg. Since then, they have developed innovative and independent projects in all areas of digital communication, earning a reputation as specialists for the intelligent and media-savvy positioning of both traditional and new products online. Also known as irreverent saboteurs of media- and commercial hype, they straddle the division between commerce and community, strategically and successfully practising in both arenas. While Fork show a speeding Mercedes on the verge of a deadly crash in their online-game The Princess Di Tunnel Racer, they are simultaneously developing a highly complex website for Daimler-Chrysler's appearance at the EXPO 2000, presented in an extremely structured fashion without rhetorical pressure points. Always working on a technically advanced level they utilize available broadband to optimum benefit, for example with experimental interfaces in which the visual element is enhanced by an equally intricate acoustic component.

For Fork, navigation is not merely a question of stringency but also of demonstrable trial-and-error experiences, lending emphasis to navigation itself. Fork practise trash-design on their ever-evolving site, connecting signals from the realm of computer-games with distorted cartography and images of anonymous architecture to an apparently paramilitary layer. Against this backdrop, German-English phrases attack the overbearing nationalism and the very building blocks of German identity as a construct: terms such as Made in the Federal Republic, Berlin – Occupied Zone or The Iron Curtain, and images like the estranged sketch of a German shepherd can be found in the icon bar (!) of the company's start page. The enduring quality of national kitsch and cliché concepts is a recurring theme for the German-American design partnership. Fork design to destabilize existing conventions in media and society, contributing to the discourse of plausible alternatives. It is their clever status as "double-agent" with backbone and visual bite that makes Fork Unstable Media a leading exponent of the strategic potential of design.