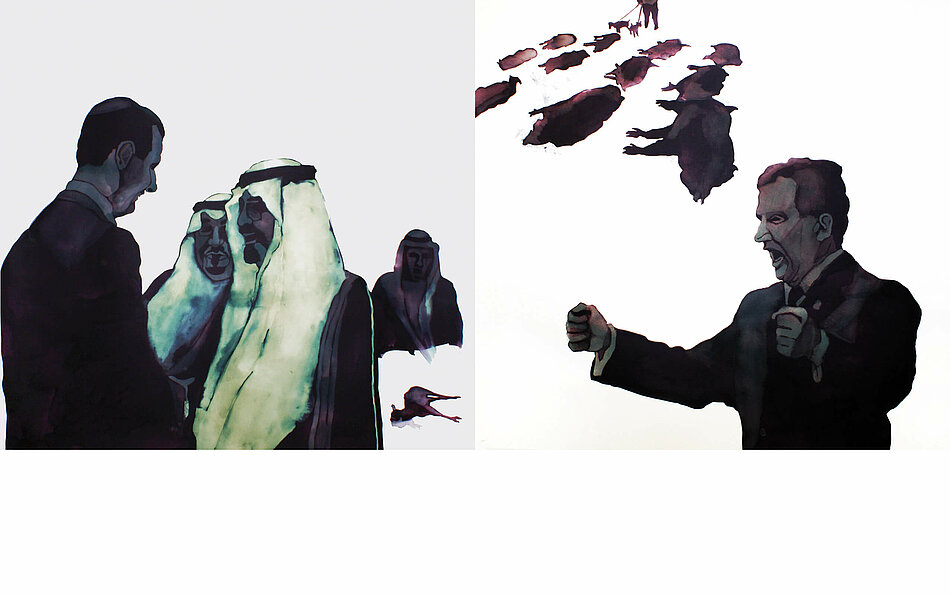 The work "25 December 1989. Politically Correct" of the Hungarian artist Anett Hámori refers with the date in ist title to the execution of the Romanian president of the state, Nicolae Ceauşescu, who is depicted on the right-hand side. Opposite on the left-hand side the watercolour shows the Syrian president Baschar Hafiz al-Assad at a meeting with the Saudi Arabian king Abdullah bin Abdulaziz Al Saud. Both scenes are confronted with dead and seemingly surreal animals.