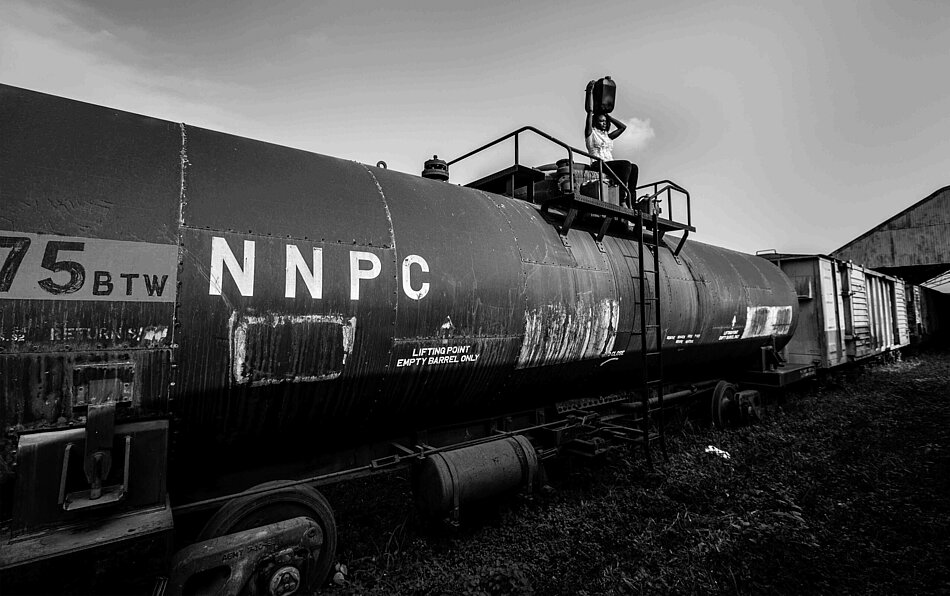 The work "1st January 2012. Bloodline-Bloodlust" of the Nigerian photographer Adeola Olagunju criticises the massive raise of the fuel price in 2012 in Nigeria – the biggest African oil-producing country. What was officially declared as an instrument to improve the living conditions in the most heavily populated state of Africa actually had extensive negative implications for the citizens, because with the increased fuel price many other areas of life became more expensive, as for example food.